July 16, 2012
What is the use of Poriborton (much hyped change factor by the reigning political party in ) if its fails to better humans? Well I am wrong! Perhaps it has benefited all but not Hindus, facing severe droughts (in every aspect) in this one year. Alas, there was an expectation among Hindus in that the 34-year-long-Left rule (utterly anti-Hindu and hence, ominous) would come to an end with the change in corridors of power. But the situation is out of the frying pan into the fire already. Serious demographic changes are being perceived in several parts of metropolis of Kolkata – Hindus are giving way to Muslims and this is a sheer effect of political pressure, at the behest of state administration.

What is being found these days – a complete and cruel demographic change – Hindu populace is shrinking in the metropolis with each day it passes and such areas are being supplanted by Muslims in large numbers. Areas which used to relish Hindu festivities till the other day are being turned into mainstays of Islamists – houses painted in green colors with Islamists strolling in alleys or thoroughfares (in next-door areas) are getting more and more common.

Can we pronounce a few words of Park Circus – Beckbagan area? It seems the area belongs to any Islamic suzerainty, Muslim youths here are found to defy the traffic rules at each time, bikers don’t care to wear helmets (terming it as a damn policy of Kaafirs) and often bikes are found to carry four persons flouting the rules. Police looks the other way round.

What’s of Razabazar Taratala and other Muslim-dominated areas in the city then? The situation is out of hand.

Are you in need of precise instances? Taratala - route doesn’t have a Hindu auto rickshaw driver even! But the situation was quite better even a year back. Again Bijoygarh, area dominated by Hindus with origins in , is having 40% Hindu rickshaw pullers these days – this has taken place in last 3-4 months only.

Conscientious studies prove Hindu fate, likewise, is dwindling in other parts of the city.

A large number of mansions and also houses in Mahatma Gandhi Road (in Central Kolkata), erstwhile Harrison Road, inhabited by non-Bengali Hindus for decades, if not more, are fast being replaced by Islamists.

If money fails to convince Hindus to abandon their properties, Islamic coercion remains the best way – often applied in the beginning. 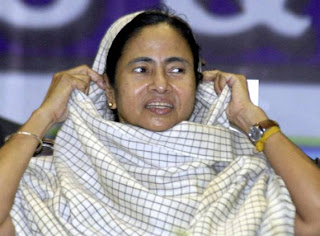 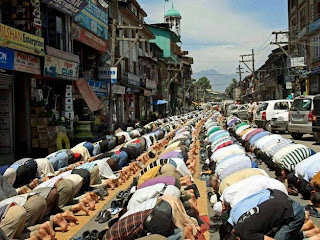 (Future of Kolkata in every alley?)

Anonymous said…
Great post! I’ve been trying all the above advice and, little by little, it seems to work!
Thanks again for posting!
Properties in Kolkata
January 2, 2013 at 4:35 AM

Unknown said…
I think, it's really very well information about Social Factors Have Also Contributed Much For The Expansion Of The City Over A Period Of Time Best Kolkata Properties. Thanks for providing this information in front of me.
Flats for Sale in International Airport Kolkata
March 12, 2015 at 8:22 AM

vipin kumar said…
This is such a nice blog!, I'm getting all these things to make my room look better :p I would love if you would check out my blogI am really enjoying reading your well written articles. It looks like you spend a lot of effort and time on your blog. I have bookmarked it and I am looking forward to reading new articles. apartments in rajajinagar

Unknown said…
I have read this article. but this main reason behind political scenario of west bengal and Unchecked growing population of muslim.
Apart from above fact , there are main reason mainly Bengali Hindu loosing kolkata city and their population also decline but hindi speaking hindu is growing in kolkata city.
February 14, 2016 at 2:37 AM

Unknown said…
Property in Mumbai: Mumbai is the capital of Maharashtra. It is a ground of the Indian film industry. Property in Mumbai is the best and superior place for the house buyers who live with their favorite ones. Find upcoming housing projects in Mumbai. Sell Buy and Rent Flats, apartments, villas and your vision home by dealers, builders and real property owners in your affordable price.
August 23, 2016 at 2:27 AM

ramesh said…
Glad to read the informative content you have posted for us. Undoubtedly the real estate sector is growing in in Bhopal and the best flat in bhopal are giving exceptional properties to live. In those names, one name is Construction co. top builders in bhopal who provide quality with a blend of affordibility.