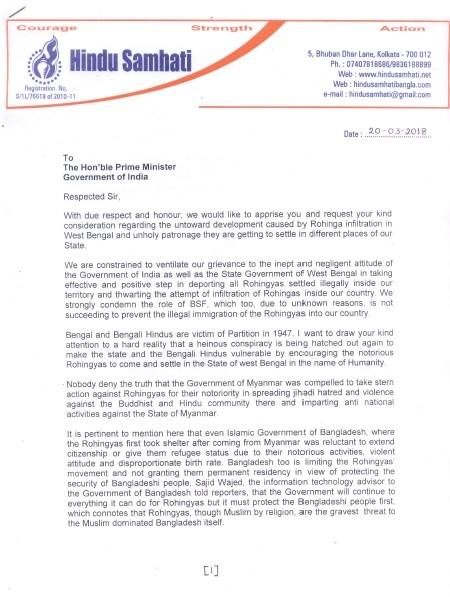 Don't compromise our National interest for your political interest. Deport all illegal Rohingya immigrants immediately from our soil. Letter sent to Hon'ble PM and Hon'ble CM from Hindu Samhati. People will come out to streets irrespective of their political identity if Rohingyas are not sent back. Enough is enough.
18 comments
Read more

From The Twitter Broadcast Of HS President Tapan Ghosh (July 3, 2017)