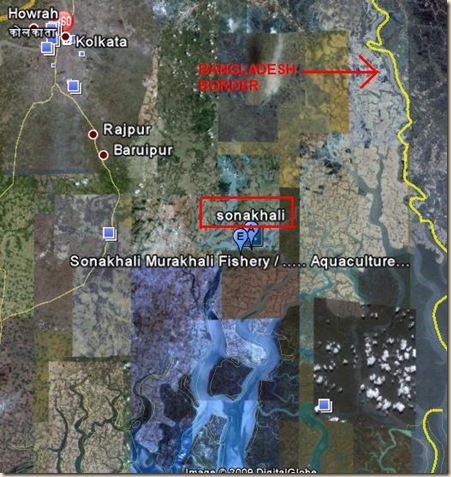 Eight years ago, 4 RSS Swayamsevaks were brutally murdered by local Muslim goons on 10 Feb 2001 in the village of Sonakhali under Basanti P.S. in South 24 Pargana district. At that time, the then Vibhag Pracharak of RSS Shri Tapan Ghosh led the Hindu resistance there. Consequently, the village became a 100 percent Hindu village. But, after that, Tapan Ghosh was transferred to North India by the organization. Thereafter the RSS observed the day (10 Feb) as Martyr’s Day every year. Voluntary Blood Donation and a public meeting held every year apart from garlanding the martyr’s memorial by some prominent Sangh leaders/Adhikaris.

But this year Sangh has decided not to organize those programmes barring garlanding the memorials. Hindu youth of the area including the Swayamsevaks thought that it will send a wrong signal/message to the Muslims as well as the Hindu populace. So, they contacted Tapan Ghosh and requested him to guide and help them to organize the programme with full fervour, under the banner of Hindu Samhati. Tapan Ghosh, already emotionally attached to the place, agreed upon and has made arrangements to make the Martyr’s Day programme at Sonakhali successful. A private Blood Bank of Kolkata will conduct the Blood Donation programme from 10 am on 10 February 2009 and a Public Meeting will be held at 2.30 pm. Shri Tapan Ghosh will address the Meeting. 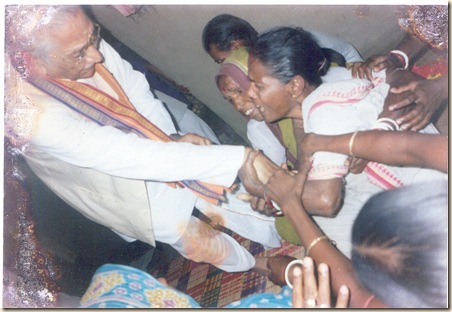 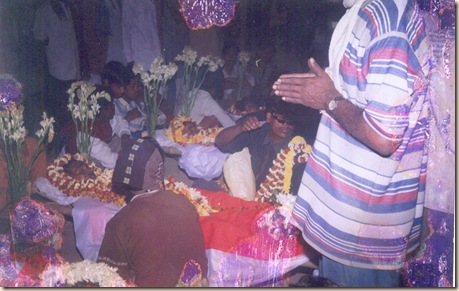 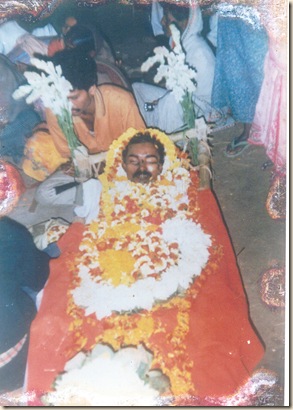 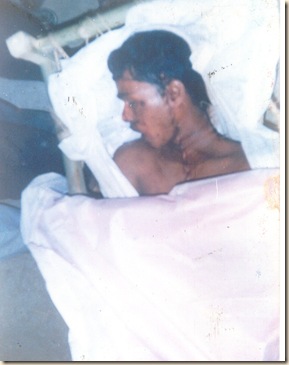 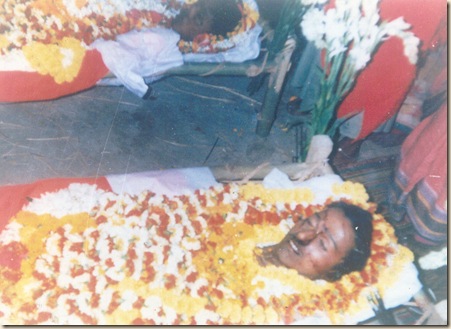 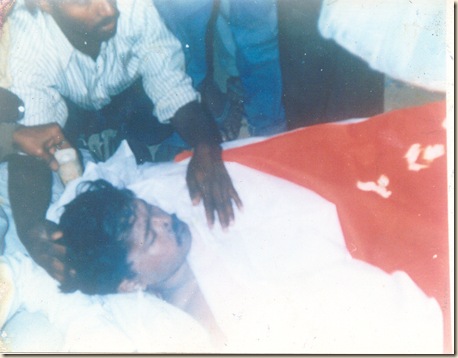 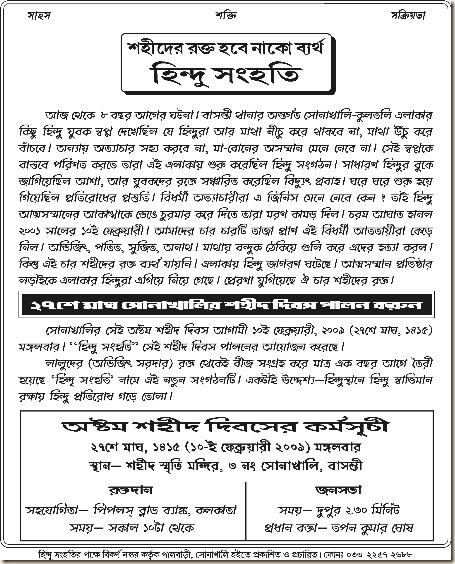 The Hindu Samhati leaflet for Martyr’s memorial programme on Feb 20, 2009.

THIS IS WHAT HAPPENS WHEN HINDUS ARE NOT VIGILANT OF THEIR LAND AND LIBERTY – LET US NOT FORGET.