The word history has lots of definitions. While on one hand it is an aggregate of past events; on the other it also denotes discipline that records and interprets past events involving human beings and to some extent, gamut of events occurring in succession leading from the past to the present and even into the future. To put it briefly, all these are said to make people comprehend the main view of this article. Well, it depends on the people how would they classify it but in truth, the mammoth Hindu Congregation in Kolkata, taking place on 14th February under the aegis of Hindu Samhati, is a history. The congregation occurred to mark the Third Anniversary of Hindu Samhati.

How is history made? This is also a difficult question that has remained unanswered through centuries. How can Hindu Samhati’s giant congregation be termed a unique history then? The history was not made owing to enthusiastic participation of almost 30,000 people in the meeting along with a confident Hindu leadership only. On the contrary, history has occurred owing to implication of the same. Never before any Hindu organization dared to give such a clarion call to Hindus, a call to get conscious of mounting dangers on the society and learn ways to strike those back. Calls were definitely given by other Hindu groups in the past but those were shrouded in soft tones and secular outlooks.

Speaking to the assemblage Srimad Bandhu Gaurav Brahmachari stated the religious persecutions on Hindus are being strengthened more and more with the passing of every day. While the Muslims have the mission to malign and destruct Hindu Dharma in every manner, their cohort, in this case, is none except the Indian administration. He also cited references of plights of Hindu priests and the intensifying financial benefits of Imams. As per him, time to wage a war against all these has appeared and Dharma endorses these endeavors.

Swami Tejasanandaji, while concentrating on similar issues, stated with conviction that Dharma is ingrained in Hindu temperament and hence, there is no time to remain apathetic to all these. A Hindu has to get pro-active to stop all these. Tulsi Prasad Bhattacharjee narrated the precarious conditions of Hindus in Assam and also stressed on the need to get pro-active and to make Hindus distinct by wearing tilak daily. The two Human Rights activists, Benkin and Jones, focused on the saga of refugees and the increasing plights of Hindus. They put forward that these are nothing except travesty of humanity and must be called a halt or the existence of noble words like humanness would cease to exist. Ms. Miriam Jones stated that she would do whatever it takes to make people across the globe heed the untold, atrocious story of gross human rights violations of Hindus.

Swami Pradiptanandaji stunned the crowd by revealing the grievous reality. What is the reality? Muslims happen to be majority in 5 districts of West Bengal and are expanding their strength in adjoining areas by leaps and bounds. All Hindu organizations must come forward to stop this curse of oppression; force must be stopped by force. Dhananjay Pathak hoped that Bengal would rise once again only if this scourge (including Muslim intrusions from across the border) is checked. He also referred to the East-West corridor of Pakistan through Indian mainland as was demanded by the then Pakistani authority (just after partition) and rejected by the Indian authority simultaneously. As per him, making worst apprehensions true, the same is becoming a reality thanks to rising illegitimate Muslim infiltration from Bangladesh and horrific activities of Pakistan.

Tapan Ghosh, Founder and the President of Hindu Samhati, thanking the crowd for making the congregation a success, posited among all problems the inhuman dearth of a Hindu solidarity plays a great role. In his words, entire political system, not to speak of police and administration, has turned into a wishy-washy buffoon and is busy in truckling to its Islamic mentor. He accentuated determination of Hindu Samhati to fight Islamist expansionism across the eastern frontiers of India and particularly in West Bengal. He also expressed serious concerns of exponentially mounting Islamic aggression and the atrocities perpetrated on the rural Hindus by their neighboring Muslims, great portion of which contains illegal migrants from Bangladesh.

To corroborate his apprehension, he referred to the recent assault in Deganga, North 24 Parganas (resulting from a planned and nefarious planning) where local Hindus numbering into several hundreds were brutally tortured. Hindus’ homes were looted and destroyed, temples and Deities were desecrated and shops were also put on fire by their Muslim neighbors. They, as a result, had to leave own residences in September of 2010. As a mark of protest, not a single Durga Puja was performed by Hindus in the entire Deganga block.

Strikingly, even if all these happened within 50 km from Kolkata, common Bengalis remained unaware of their plight. Through all these Sri Ghosh elucidated that a silent migration of Hindus , not only from the border areas of Bengal but from rural areas of entire West Bengal also, is going on into several cities of India leading to a demographic upheaval and a lasting change in the landscape of West Bengal. When urban, educated and privileged Bengalis stay asleep, the contours of rural Bengal are experiencing a silent, ominous and undying transformation - an Islamic Lebensraum. 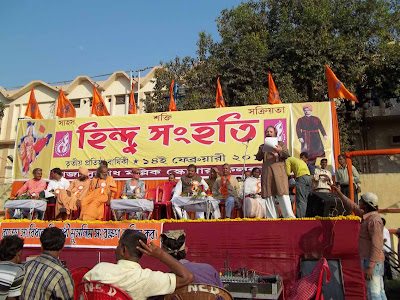 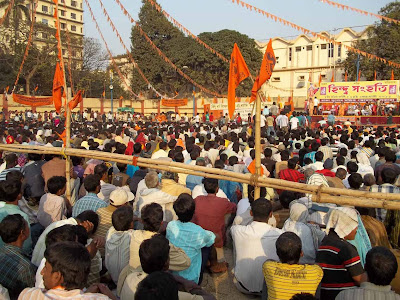 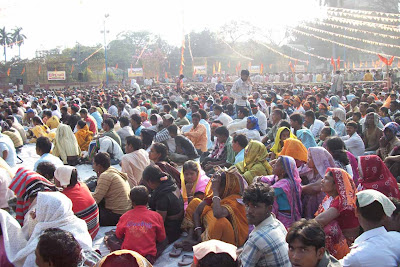 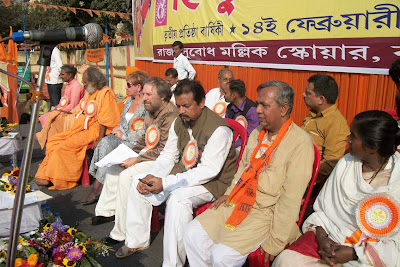 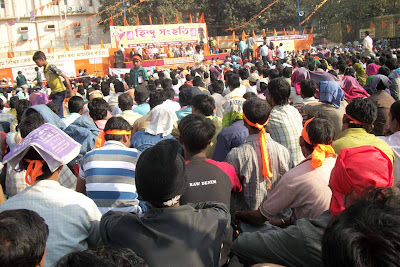 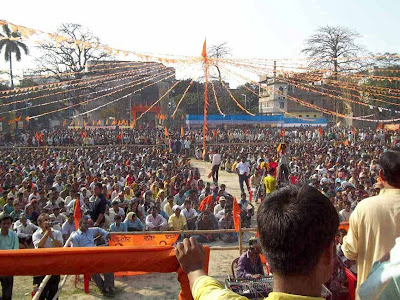 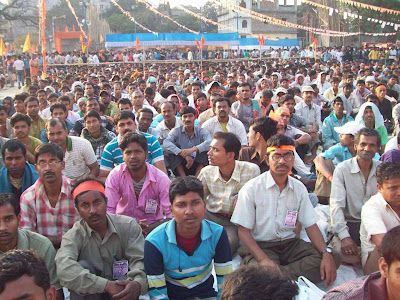 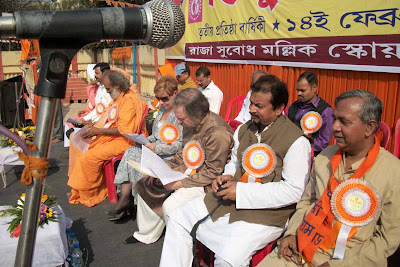 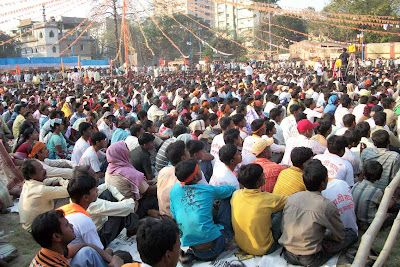 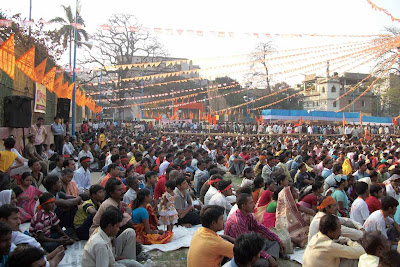 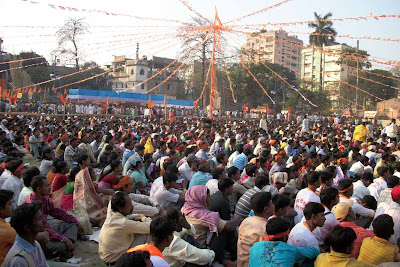 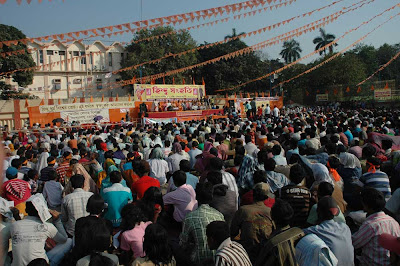 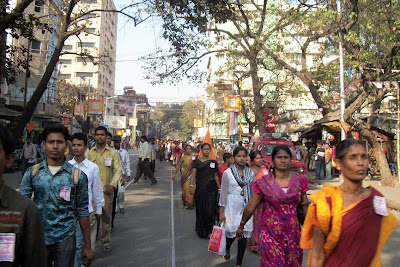