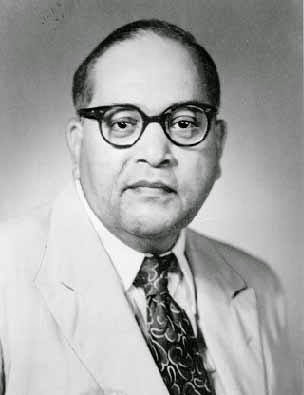 Someone on facebook accused Sri Tapan Ghosh of giving false info about Dr. Ambedkar's writings / opinion on Aryan Invasion theory. Hence he was compelled to respond. Dr. Ambedkar was of clear opinion that 'Aryan' was never a term for any race. And there was no phenomenon of Aryans coming to India from outside. Swami Vivekananda was of same opinion. Surprisingly even Lokmanya Tilak,too, believed that Aryans came from outside India.

In the 1st paragraph (page-83) of the next chapter where Ambedkar says : "Enough has been said to show how leaky is the Aryan theory expounded by Western scholars and glibly accepted by their Brahmin fellows. Yet, the theory has such a hold on the generality of people that what has been said against it may mean no more than scotching it. Like the snake it must be killed. It is therefore necessary to pursue the examination of the theory further with a view to expose its hollowness completely".

If one reads the above chapter, he will be perplexed to think why the Hindutvawadis, who take excessive pain to prove that Aryans are not outsiders, do not quote from Babasaheb's writings. If it is ignorance then it must be said that these Hindutvawadis have a deep neglect in their sub conscious mind for Babasaheb's learning and wisdom. IT IS FATAL FOR UNITY & EXISTENCE OF HINDU SOCIETY.