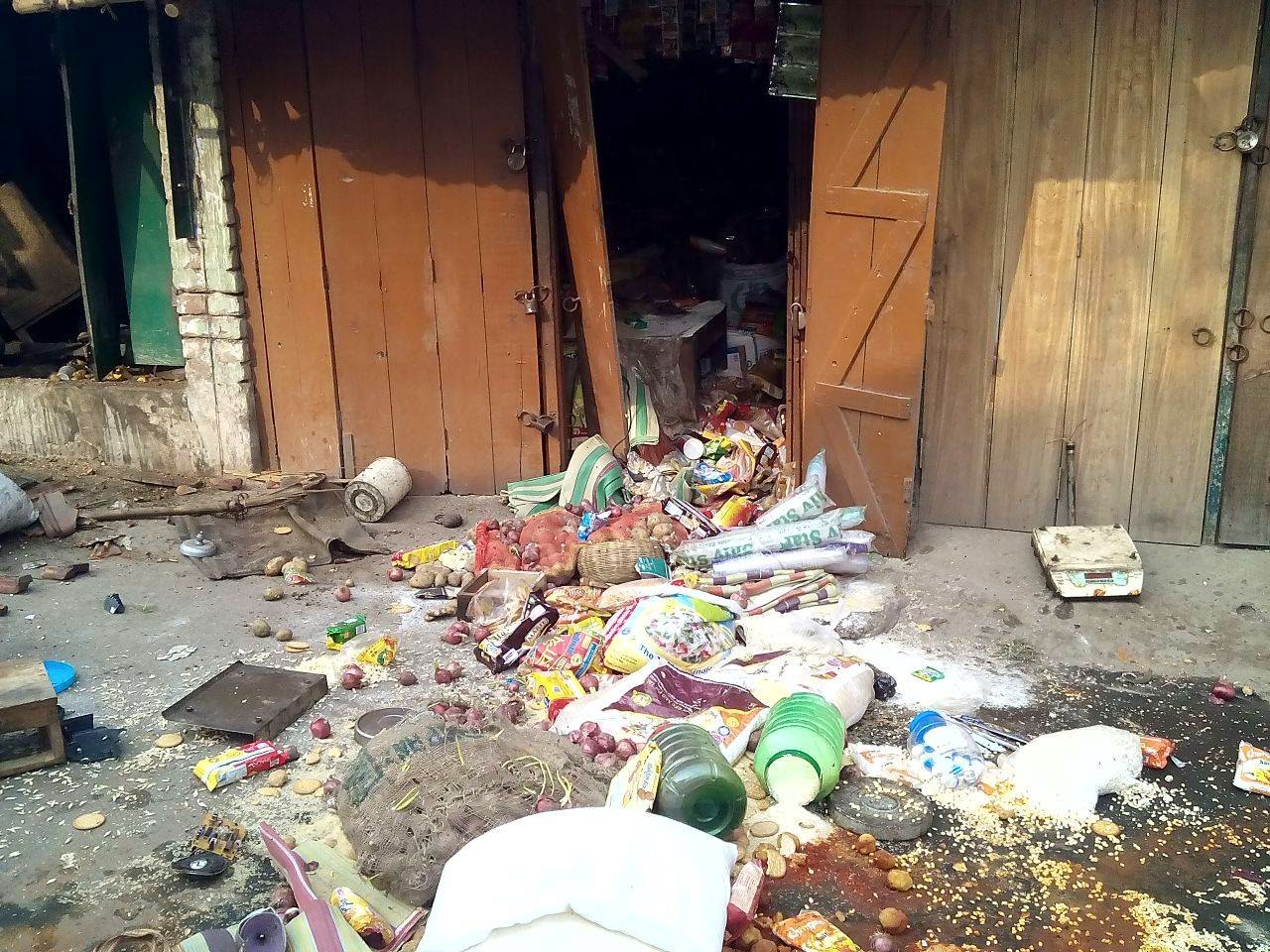 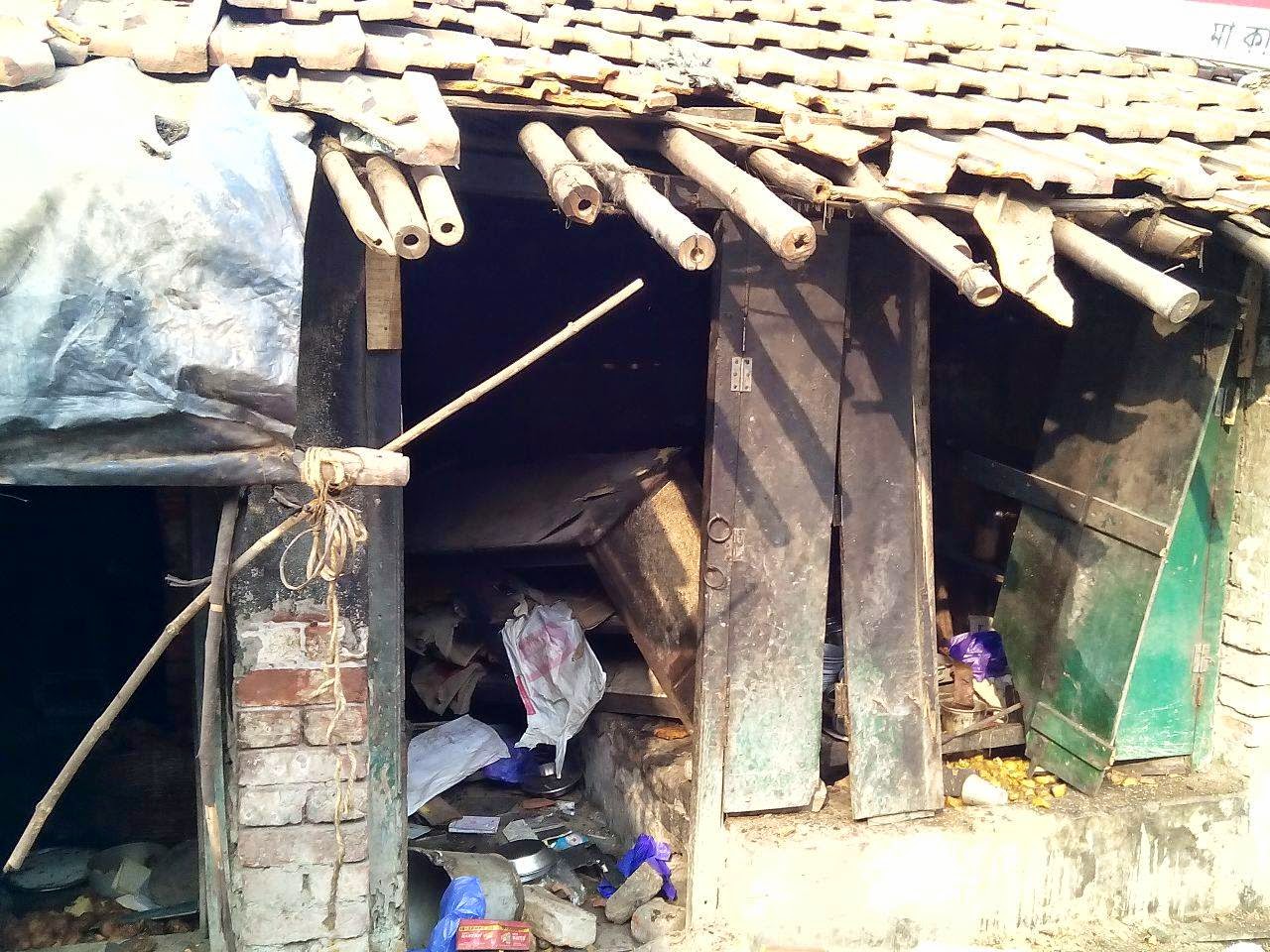 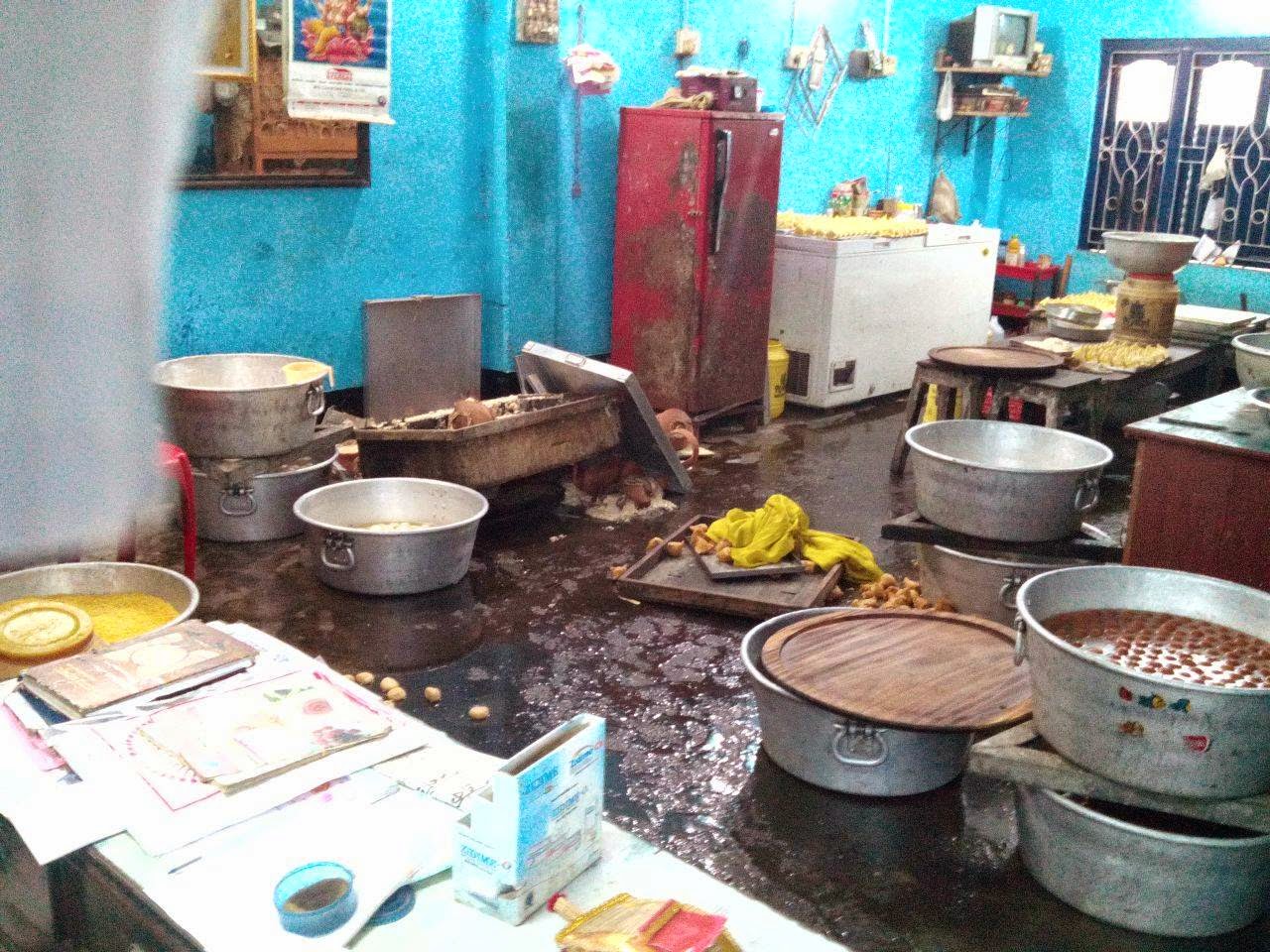 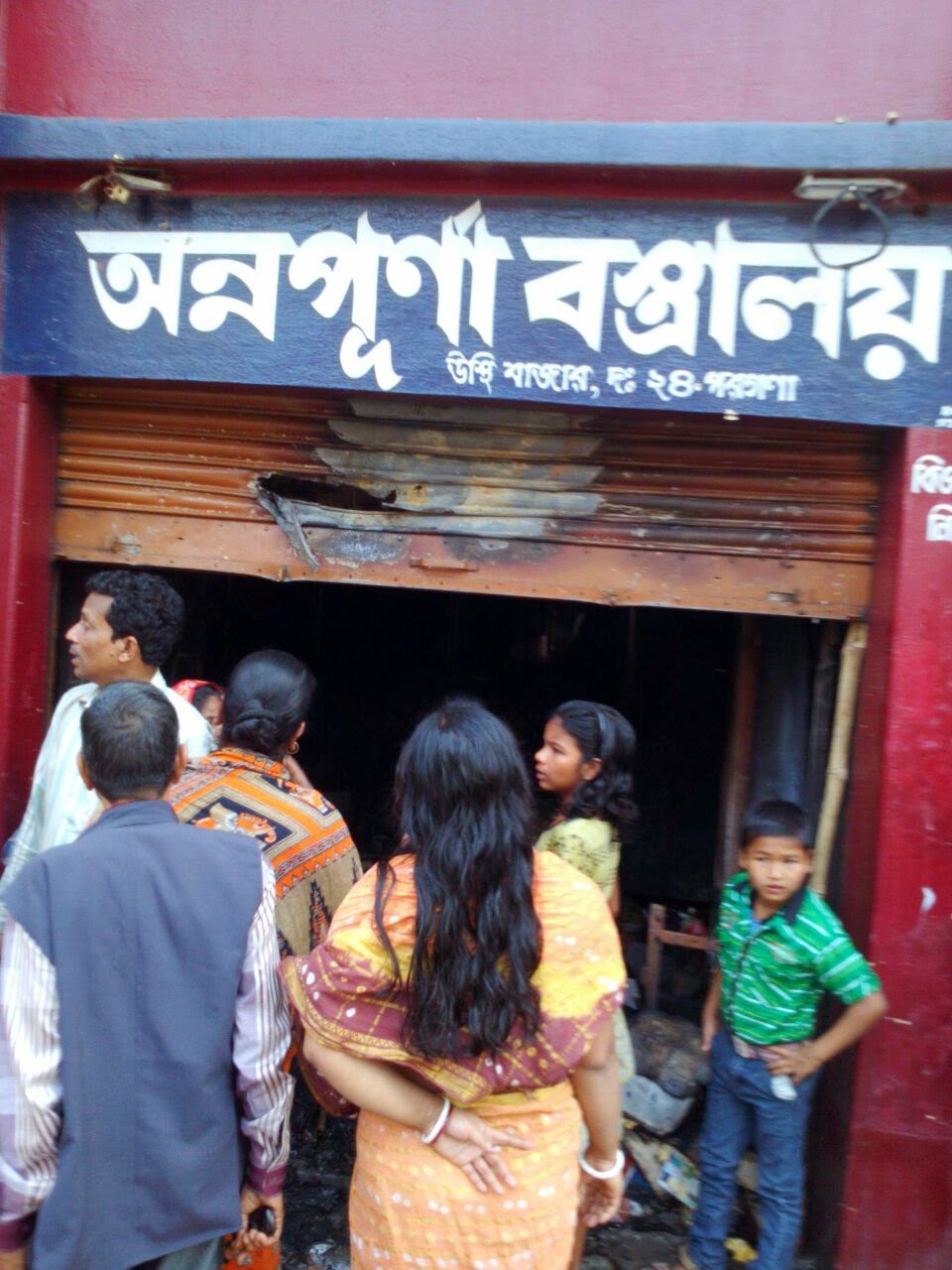 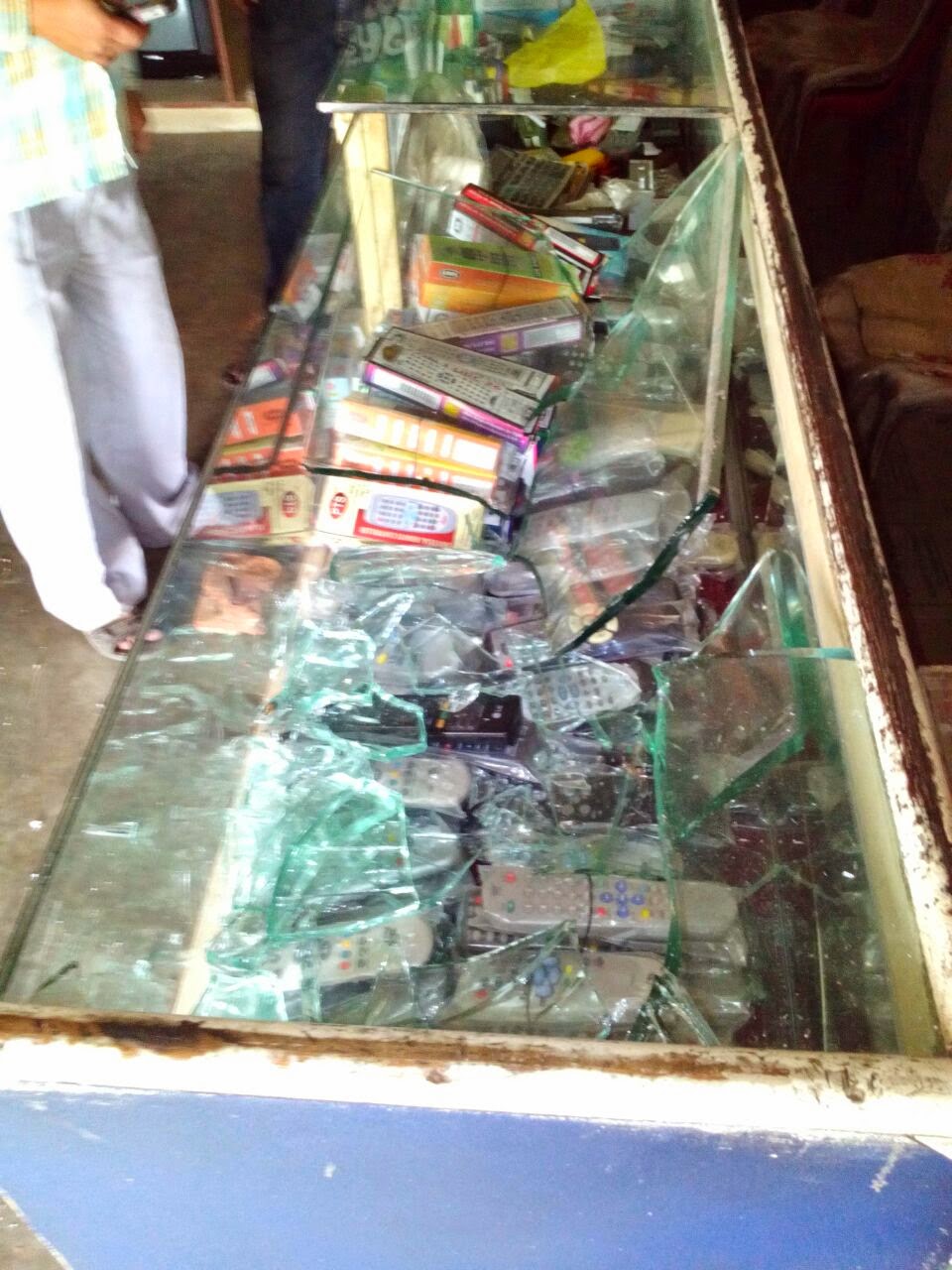 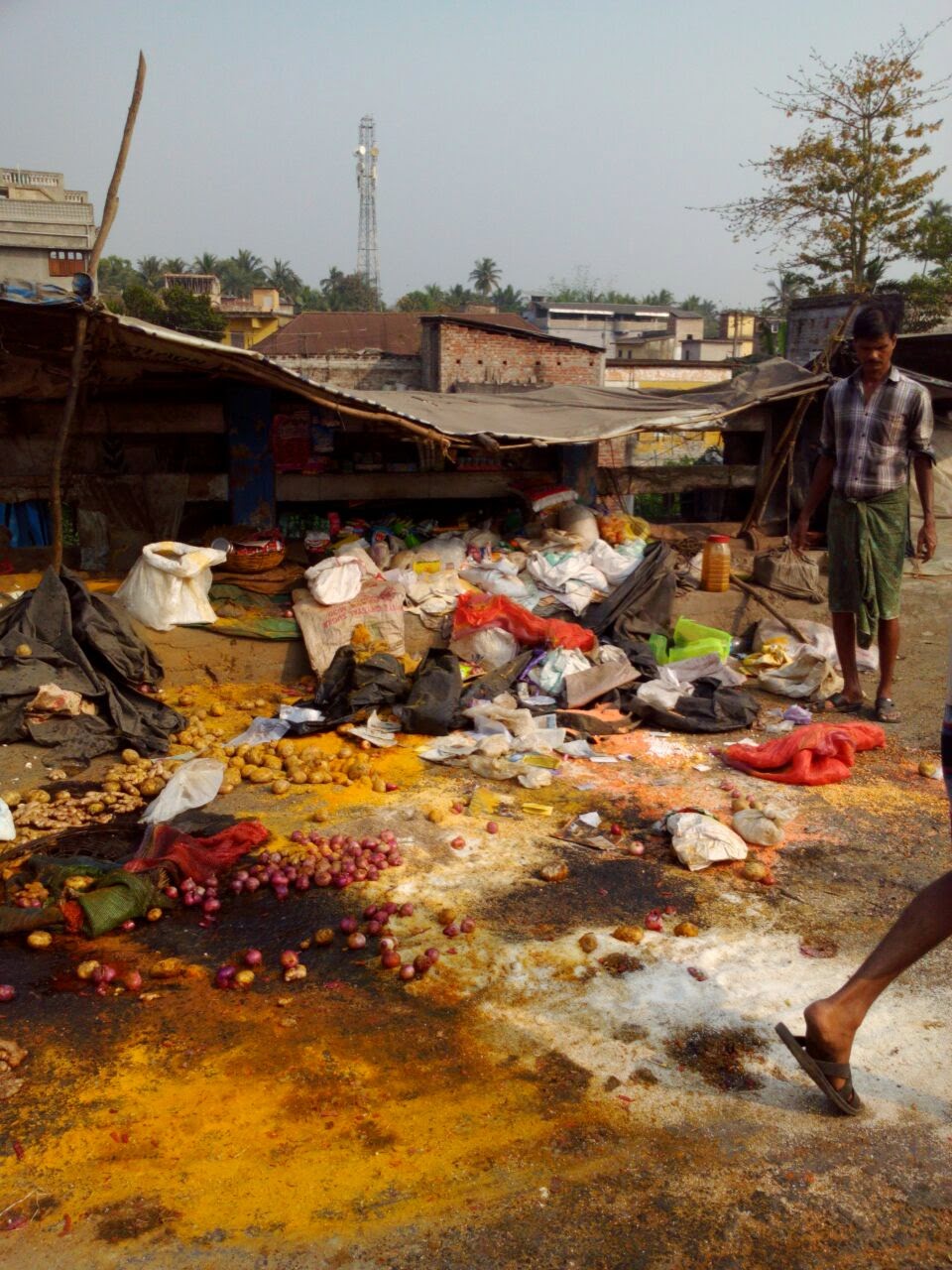 Large scale violence rocked Usti market in South 24 Pargana district of West Bengal today morning. More than 50 Hindu shops were destroyed by rioting mob. Properties and cash worth more than a crore were looted from the shops belonging to Hindus. Later, a few shops belonging to Muslims were symbolically destroyed by themselves. The situation further worsened when local MLA and Minister of State for Minority Affairs, Giyasuddin Mollah reached the spot and reportedly abused and insulted SDPO of Diamond Harbour. Reportedly he asked police to release the Muslims held by the police on the spot, claiming they were his men. Violent mob looted more than a dozen LCD TV sets from a shop owned by Krishna Mandal. Cash & dresses worth Rs. 40 lakhs were looted from Nabin Pal's shop – Annapurna Vastrayala. Cycle shop of Parimal Pal, Grocery shop of Sahadeb Ghosh, Narayan Mishtanna Bhandar(sweet shop) of Ashish Mandal and Makali Mishtanna Bhandar were looted. Gas cutter was used to break the shutters of the shops in front of police. Police fired a few rounds in air to bring situation under control. Bombs have been hurled indiscriminately to terrorise the Hindus.

Administration is desperate to suppress the report  and paid media is just playing to their tune, in the name of secularism, to keep Hindus in dark about the incident. As per report received, total 15 persons, from both communities, have been arrested so far. Funny part is, Hindus, whose shops have been looted, have been detained by the police while many attackers are roaming free.

Usti has been added in the long list of Hindu persecution in West Bengal. Inevitable consequence will be Hindu migration from this area in near future.