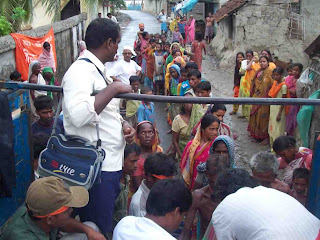 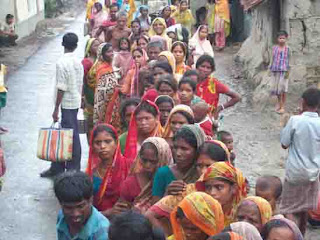 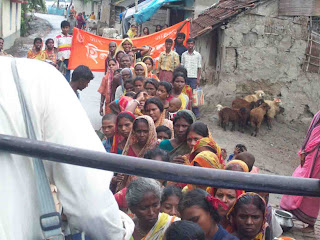 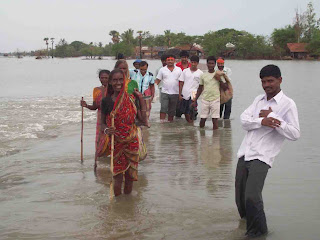 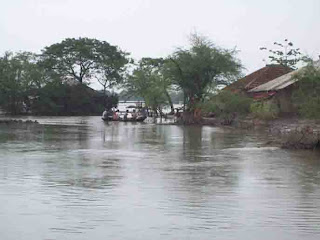 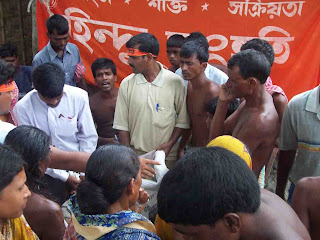 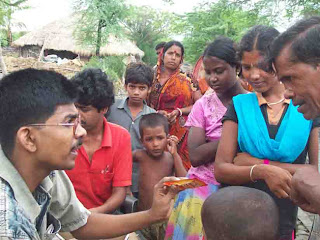 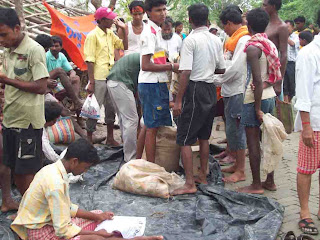 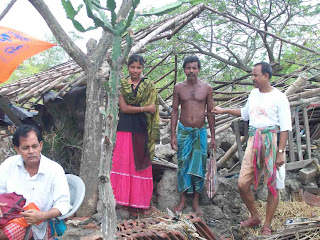 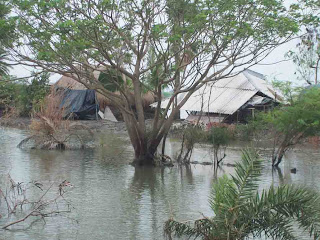 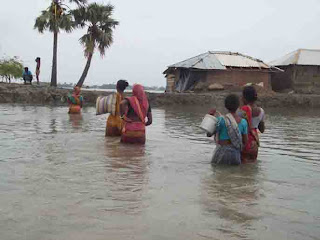 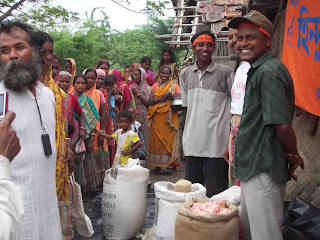 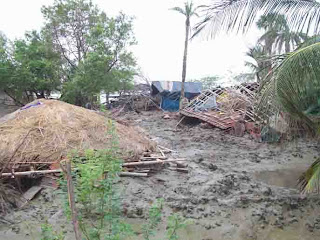 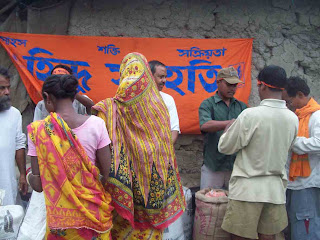 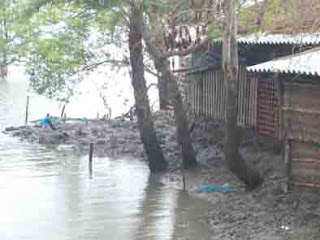 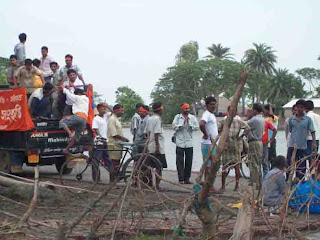 It was a strange thing to see for the Hindu Samhati Relief Team (HSRT) that no substantial and constructive relief or repair works so far made by the local or the state administration and the entire area is still water logged. The local people reported that the local Panchayet serving the one time half-cooked rice & pulses mix, not a square meal for anybody causes indigestion and even diarrhea sometimes.

As to enable the effected people to prepare their dishes as per their time and convenience, the HSRT decided to distribute Rice, Pulses, Mustered Oil pouch and Salt packets to the Aila affected families in the above mentioned areas where no relief team reached before HSRT due to interior ness and disconnection of these areas from the metalled road.

Sri Chittaranjan Dey, Secretary, Hindu Samhti and Sagar Bag, Prominent Leader of Hindu Samhati were present and inspired the entire team of 42 Hindu Samhati Workers all along the relief work on this day.

Reports came in during the relief work in this area that some Muslim organizations are trying to serve ‘Beef Biriyani’ to the starved Hindu people to hurt their religious sentiment.

It has also been reported that the Muslim areas are getting plenty of relief materials, whereas some Hindu areas are still untouched by both the Govt. and NGO relief teams.

Please visit the blog Hindu Online for outstanding posts from a large number of bloogers, sites worth reading out of your precious time and give your valuable suggestions, guidance and comments.
July 2, 2009 at 10:28 AM

Make arrangements for online donations for your humanitarian work.

Please project Hindu Samhati as a socio-religious org., as anything "hindu" is not acceptable these days to the Media and the govt. and the so called pseudo-secularists. So image of your organization should be more of an NGO like on the outside at least.

I wish you all the very best in your efforts in uniting hindus. In south india Christian missionaries are converting tribals by "bribing" them with free food, education etc. Every region in India now needs a Hindu agency which looks after their needs(food,education) and assures them the support of other hindus in times of crisis and also make them feel proud about their religion and ethnicity.
We don't preach hatred but we must prepare ourselves to tackle those who threaten our very existence.
July 28, 2009 at 6:42 AM