Hindu Samhati is conducting various rallies and meetings in various parts of West Bengal as a follow-up of their grand Kolkata event paying homage to the victims of the 1st anniversary of the attack on Mumbai on 26th November 2008. In addition, the present government and the opposition were held accountable for the degeration of the security of the nation for the last decade.

Prokash Das and Ajit Adhikari, senior activists of Hindu Samhati led a silent march on the 26th in Bangaon Town with over 10,000 mourners joining them through the event: The rally started from the ground of historical Bangaon Town Hall, the mourners conducted a silent march tying black straps in their faces in protest of total inaction of the Indian Government in the matter of the Pakistani threat perception upon India’s internal and external security. Das briefed the stand of Hindu Samhati in general to the local media and commented " We don't want any more 26/11 in West Bengal or anywhere in India." Bangaon a border town in North 24 Pargans with a majority Hindu refugees from Bangladesh reflected a good solidarity with the Mumbai people terribly affected by 26/11 Jehadi attack there.

In a meeting at Canning, South 24 Parganas on 26/11/09 Tapan Ghosh, Presidentof Hindu Samhati addressed a gathering of a vibrant Hindu youths and categorically said that if the challenge of the reactionary Islamo-Fascists are not detected at the grass roots level and countered to the core, the Islamic zealots will eventually demolish the structure of theHindu Society and the Indian nation also. Ghosh also spoke of how Jehadi recruitment in the local levels by ISI, SIMI and other right wing Islamic organizations, the ‘Love Jihad’ rackets with an unbound channelization of Hindu girls to Muslim community through an illicit & allured love trap, huge Muslim infiltration from Bangladesh and unethical appeasement of Muslims by all the political parties. The gathering observed silence for two minutes in honor of the 26/11 Mumbai Martyrs in the start.

In Bagnan of Howrah district, Upananda Brahmachari, Vice President of Hindu Samhati demanded immediate hanging of Ajmal Amir Kasab, the main accused of the 26/11 Mumbai case with a quick probe into the delay of the hanging of Afzal Guru, the only accused alive of the attack upon Indian Parliament in 2001. He said that each and every family member of the Martyrs and other civilians want immediate hanging of the religious Islamic fundamentalist named Ajmal Kasab. He urged the audience to come up gallantly for self resistance and counter the militancy in all methods possible to protect the Motherland from the clutches of Islamic fanatics.

In another well attended meeting at Gopal Nagar in Hoogly district, Hindu Samhati President Tapan Ghosh said “The Islamic forces have gained solidly in Bengal isoil and it is being nurtured by every single political party of West Bengal. The state’s borders are being used by the Islamists as an extended portion or the corridor of the developing Islamist nexus in Bangladesh. The situation is very alarming and we can analyze the extreme torture and severity upon Hindus in the Muslim majority districts in West Bengal. The Jihadi activities in West Bengal are growing day by day. We cannot be sure that another repetition of 26/11 won’t occur in this situation. We need and demand drastic action”. 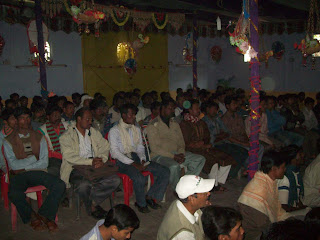 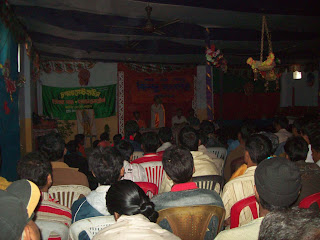 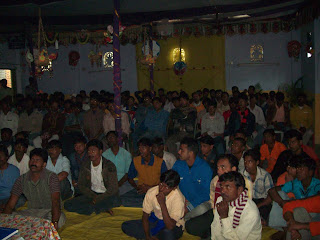 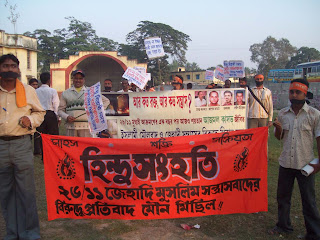 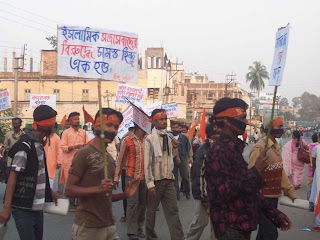 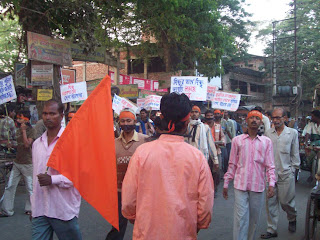