Asaduddin Owasi yet to grasp potency of Hindu Fundamentalism

Here does remain the power of mainstream media in a country like India – it has succeeded just fine to curb the vitriolic speech of an Indian Muslim Member of Parliament pitched against India and its fundament.

May be the ongoing Assam episode and following (vehement) Islamic acts as witnessed in Mumbai, Lucknow, Allahabad and other cities have made populace in India fail to recognize the vicious speech delivered by Asaduddin Owasi, Member of Parliament representing MIM (Majlis-e-Ittehadul Muslimeen), from Hyderabad. And the mainstream media has performed best to subdue the speech loaded with an ingrained hatred against the Constitution of India and its founding principles.

Nevertheless, there has not been any repercussion in national media – who would have raised a storm if the speaker happened to be a Hindu, speaking while depicting hapless conditions of Hindus in Assam and other states of India.

The incident is not simple enough that can be brushed aside at any time. The speech (full text is available in http://www.outlookindia.com/article.aspx?281958 still) brings forth many subjects at the same instant. While on one hand a responsible Member of Parliament clearly states that anything which fails to serve interests of Islamists in India will not be accepted, on the other hand the speech delineates any failure would be encountered by “a third wave of radicalization among Muslim youth.”

How can this be termed then? A veiled threat to make India give in to continual demographic invasions from Bangladesh (to increase Islamists’ presence) into Assam and various other states of Eastern India? And if India remains stubborn still or refuses to concede the third wave of radicalization among Muslim youth will make a thousand cuts to bleed India to death (strategy propounded by General Zia of Pakistan)?

There can’t be any other version of Asaduddin Owasi’s speech if it is read painstakingly.

And definitely the tirade has not come as a rude shock to Hindus. The official retort to this inflammatory speech from Bharatiya Janata Party, self-claimed custodian of Hindus once, is yet to be known but for others it is always expected. How can their centuries-old experience be dismissed? The lamentation of then Pakistani leaders for loss of Assam is quite known. Sheikh Mujibur Rahman in his own book “Population and Economics of Pakistan” wrote in clear terms, “Because Eastern Pakistan must have sufficient land or its expansion and because Assam has abundant forests and mineral resources, petroleum etc., Eastern Pakistan must include Assam to be viable financially and economically.”

Even Zulfikar Ali Bhutto wrote in his book, “One at least is nearly as important as the Kashmir dispute that of Assam and some adjoining districts adjacent to East Pakistan. To these Pakistan has very good claims.” What except this can be expected then? And the role of Sadulla, Prime Minister of Assam province during British rule, to grow more Islamists in Assam is also well-known. The surrender of Bengali Hindu-dominated Sylhet (part of erstwhile Assam) to Pakistan through a fake referendum, result of Muslim League-Congress conspiracy, in 1947 continues to hurt Hindus still.

Now let’s come to the “third wave of radicalization among Muslim youth.” It seems the revered Member of Parliament, Asaduddin Owasi, is proud of Islamsits’ potency that can hold India at any time, anyhow, to ransom. Well, the unperturbed Islamic rule in India down the centuries remains the source of his buoyancy. But recurrent Hindu onslaughts and triumph of Marathas in Delhi during the fag end of Mughal rule must not also be forgotten. Glorious feats of Sikhs must also be taken into consideration.

Asaduddin Owasi, perhaps, loves to live in his childhood when dhoti-cladded, tilak-painted Hindu activists used to rule the roost in Hindu nationalist movements, loved to termed as Hindu fundamentalism by Leftists and pseudo-seculars. Time has changed lots and Hindus, thanks to their fundamentalism, can rule all with an iron hand these days.

If he is dreaming that “third wave of radicalization among Muslim youth” will win ultimately, he must remember that each gory tale of Hindu refugees (victims of Islamic fundamentalism) in 1946-47 made lives of Muslims in India miserable and forced them to move to the brink of death. Does he want repetition of the same? Silence and patience of Hindus must not be understood as impotence……… it can also be the lull prior to a devastating storm.

Before I go, let me mention some strategies of Hindu warfare.

According to Arthashastra, till the moment a fair fight (dharmistha yuddha 10/3) is possible, a king should not deviate from the moral principles in war (13/4). Manu Samhita does also advice the same. Nevertheless, when on earth a king fails to attain his objective through sanctimonious ways, application of deceitful and violent means happen to be the best way.

Hindus, irrespective of class, color and ethnic differences, are concluding thus nowadays leading to a new edition of Hindu fundamentalism, found already in myriad resistances waged by them.

So, can new form of Hindu fundamentalism deal with and overcome the “third wave of radicalization among Muslim youth”? Fast changing developments in India will surely portray the reality.

Once thing can be said now and without doubt. No Jawaharlal Nehru will be slapped only and anymore (that happened in Bihar, 1946 while responding to his warning to bomb the entire state to stop Hindu retribution against Islamists) this time. Harsher penalties will follow through this time.

"Veer Bhogya Vasundhara" - "The Brave Shall enjoy the Earth" 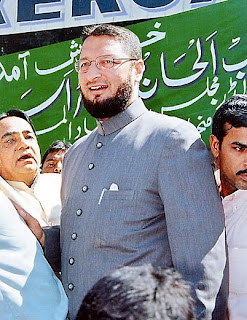 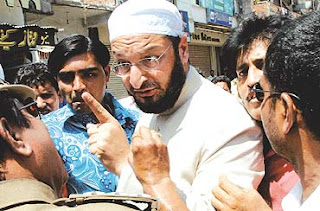