Deganga is boiling again indicating the cruel fact (time and again) that Hindus have no prospect if they cease to fight against Islamists.

On August 25, 2012, fervent clashes took place between Hindus and Muslims in village: Moulopota, P.S. Deganga, District: 24 Paraganas (North) when Hindus protested against one Muslim individual’s misbehavior with a Hindu lady and they were attacked in return. The village happens to be an entirely Scheduled Caste one. It has been learnt that the said Islamist culprit was teasing wife of Haran Parui, innocuous Hindu villager, through cell phone for a few weeks at a stretch. And even if Hindus asked Muslims to handle the case so as to prevent any untoward incident, there was no response from the other side.

And when Hindus, finding no other way, did protest on August 25, 2012, violent clashes took place only. Initially, it was heard that few members from both communities got injured and police was taking stock of the situation stringently. But later developments have proved that police and administration, in compliance with Islamists and their political mentors, are playing a foul game against Hindus of Moulopota, Deganga. 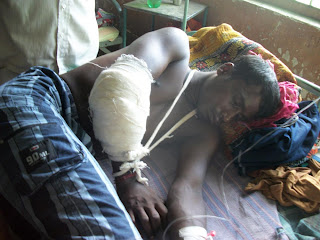 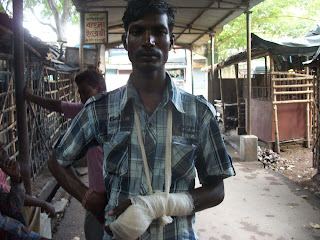