The gruesome episode or the anti-Hindu pogrom in Naliakhali and its vicinity may come as a rude shock to many but not Hindus, Bengali Hindus in particular, who have been victims of Islamic radicalism down the centuries. Even if there have been Hindu defences against these insensate bigots at times, those have either been sporadic or too minimal to contain the beast enabling Muslim radicals to flaunt their history of seven centuries at a stretch.

What is this history of seven centuries? It’s Islamic subjugation of the Indian subcontinent or the Dark Age that witnessed an end to a period of enlightenment, rational thinking and prevalence of humanity or the supremacy of Vedic culture. What followed then is too known to people and a few anecdotes of those horrors are still available.

However, the saga of Islamic warfare in the realm of Bengal continues and with greater impetus than the last decade even. Albeit surreptitious Islamic efforts to subdue Hindus in the state had always been – despite the partition in 1947 – the onslaught on Hindus in Deganga on September, 2010 helped a few Hindus to rise from slumber or the vain expectation that the state government or the central force of India, a Hindu-majority country yet, would be their only deliverer during hours of need. Hindus were crushed inhumanely there while the administration and police preferred to steer clear of the entire development fearing Muslim radicals altogether. And Hindus died down owing to their sole dependence on the same police and administration.

The situation in Naliakhali is no different at the moment; even if Hindu Samhati, defying all hindrances proffered by the same police and administration, has conducted relief measures there for Hindus, there is no end to the crisis.

What is more, Hindu basing is spreading far and wide – adjoining areas of Joynagar, Kultali and others are also witnessing similar developments. At Kholakhali (P.S. Joynagar) Hindus are being selected and tortured by police outright. While molestations and ravishments of Hindu women have reached the zenith in these areas, police, with bigger enforcement from other police stations, armed with tear gas and grenade, are targeting Hindu mob protesting. By now, police has arrested 21 Hindus and slapped criminal case on 13 more Hindus (total 34) of Jalaberia, with a single intention to scare the Hindus of Jalaberia and break their morale.

It must be taken into consideration, on May 14, 2012 the two neighboring Hindu-dominated villages of Taranagar and Rupnagar in the same area became victims of Islamic assaults and witnessed extensive devastation of Hindu properties with rape of Hindu women. Not a year has passed yet and more Islamic assaults on Hindus are coming to the fore. Relief measures, like this time, were carried out then.

Would Hindus in Bengal go on having such relief measures only? This is the most imperative issue for Bengali Hindus in the state that needs contemplation. Myriad instances are readily available to prove how the Hindu-dominated areas in Bengal are turning into Hindu-minority areas increasingly and how Hindus are being targeted, injured and killed as part of a definite design.

The danger is not within the rural areas; it is everywhere and in every capacity. Only a few days back, a few Islamist organizations including West Bengal Sunnat –Al-Jamaat, Ulma Parisad and 7 other organizations joined  a rally organized by ‘All Bengal Minorities Youth Federation’ at Hazi Mohsin Square in Kolkata in protest against ongoing events at Shahbag in Dhaka. Terming the entire event in Dhaka as anti-Islam, the gathering virtually threatened Bangladesh government that there will be grave reactions unless Shahbag campaign is withdrawn.

A new addition to the civic life in Bengal and it seems that this will get permanent soon.

Meanwhile, the affected Hindu families (despite suffering an average loss of Rs 1,50,000) in the realm of Naliakhali, Gopalpur,  Goladogra, Herobhanga have got Rs 10,000/= per family as compensation while the slain Muslim cleric’s family has got Rs. 3,00,000. Hindus are left high and dry, hence. None knows what to do and what not to do.

Will Hindus in Bengal go on accepting incidents like Nalikhali and remain inept? 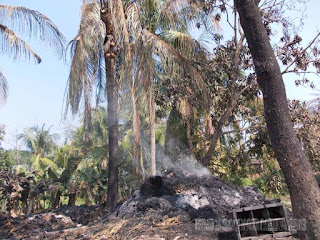 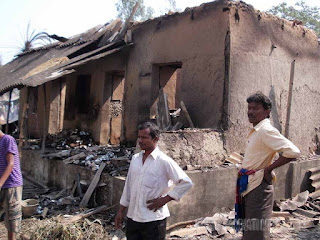 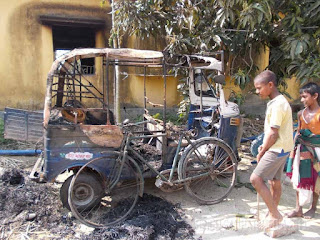 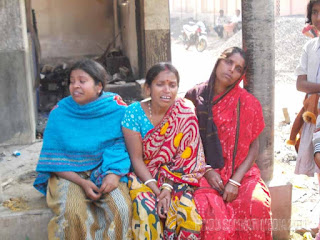 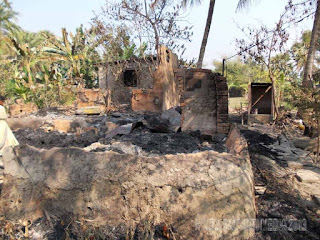 Ronin said…
Hi,
As a Hindu I want to extend my help to Hindu Samhati but don't have an idea how to do that.Please reply through these comments how we can help this noble initiative.
February 26, 2013 at 10:45 AM