Hindu Samhati activists conducted a mass protest and a mass deputation in Barasat, district HQ of North 24 Parganas (in West Bengal state, India). Over 200 organizational leaders and workers from different parts of the district held the mass protest on 23rd December from 12 noon-4 PM in Barasat civil adminstration area.

At the closing of the protest, the activists submitted a memorandum to the police authority. The memorandum appealed to the administration to not remain mere bystanders when innocent Hindus are persecuted by the Islamist elements in the district.

(It should be noted that the infamous Deganga is in Barasat subdivision of N 24 Parganas, where there was a massive attack on Hindu-owned businesses, Hindu homes and Hindu temples by Muslims in early September 2010 led by Trinamul Member of Parliament, Haji Nurul Islam. Please see the following link for futher information on the Deganga Attacks: http://deganga2010.blogspot.com/ ) 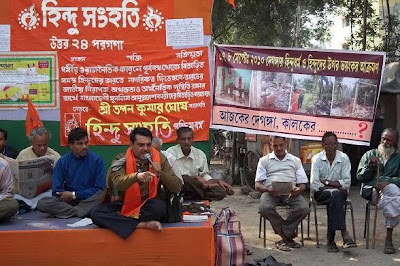 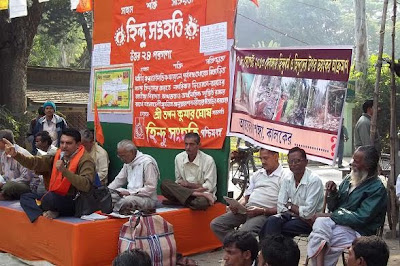 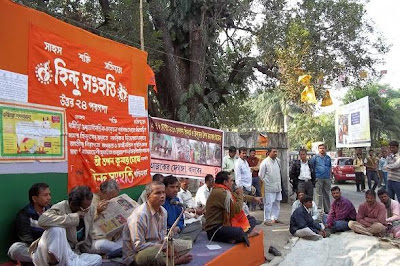