The name of Charghat Khabrapota, P.S. Swarupnagar, Dist. 24 Paraganas (North), is not new to the readers of Hindu Samhati website. The area is inhabited by Hindus belonging to the Bagdi community, a warrior class among Bengali Hindus, who have been engaged in a fierce battle to recover a substantial Hindu devottar property worth 54 bigha from the grip of Muslims in the environs.

Hindu Samhati considers distribution of new clothes among members of this community to celebrate Durga Purga a devout job simultaneously and to make this a reality Tapan Ghosh, president of Hindu Samhati, went to Charghat Khabrapota on September 29, 2011 and distributed new clothes there.

There is hardly any need to express merriment among Hindus there in words.

The following pictures do the same best. 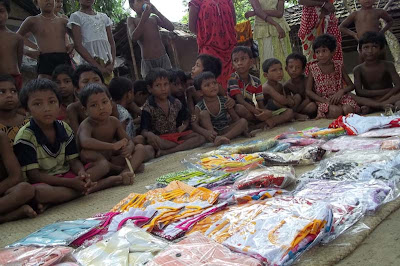 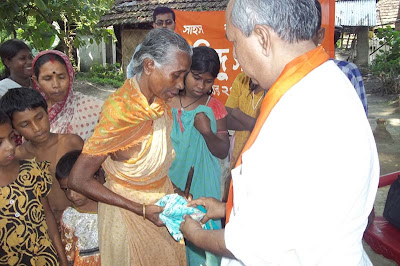 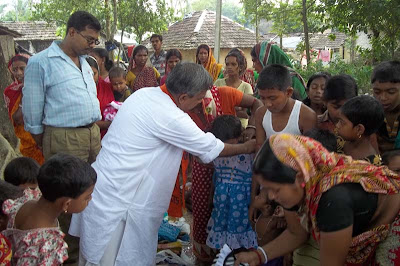 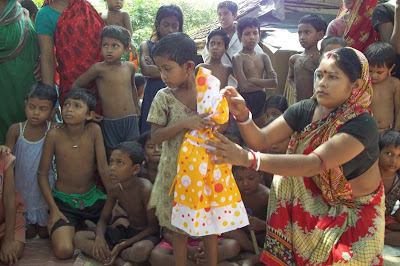