February 03, 2012
A single happening often becomes an indication of a sinister development in next to no time – history has taught in different fashions that such a notion is not divinatory or hypothetical but speaks of a crude reality altogether. What has taken place in Kolkata Book Fair, 2012 is not only disgraceful but speaks of an ominous future for the whole of in the coming days.
Publishers and Booksellers’ Guild, chief organizer of the Book Fair, mentioning hurt of minority sentiment and security reasons stopped official release of the seventh part of Taslima Nasrin’s autobiography, Nirbasan (Exile), on February 01, 2012, mortifying the saga of secularism in the state. Alleging the protestation of an organization Twahad-e-Milli (never heard before) against the release of book and thus to steer clear of any sort of ‘untoward development’, the Guild adopted the despicable decision surreptitiously. What is most striking, People’s Book Society, publisher of the book, was also not informed of the decision in the wee hours of the day. People, in large numbers, protested angrily but all these failed to influence the decision in any way.
But it was not the end on top. Stall No. 101, just facing the entrance of the Fair, had another shocking feature under its sleeve to offer. It was witnessed to be full of kids dressed in conventional Islamic uniforms while little girls were clad in the Islamic attire of burkha. Just a glance to it depicted as if the Book Fair was taking place in a Muslim bastion or Madrasa in . None was found there to share the reasons behind this presentation.
Was it done to make people realize the ominous future on the way? 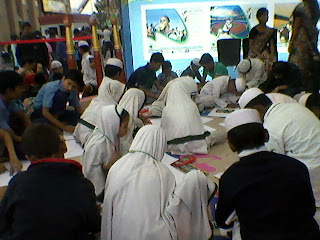 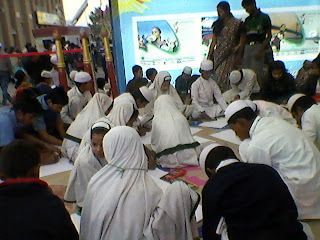 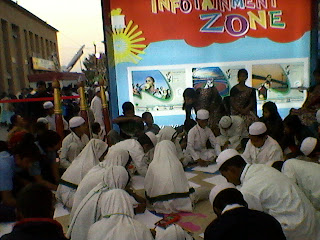