Hindus have got to struggle for Vande Mataram

May 23, 2013
If a few persons have got amazed at the raucous behavior of Shaifqur Rehman Burq of BSP in deserting the Lok Sabha to protest against playing of Vande Mataram, National Song of India, they must be said that this is nothing new and the fact that row over Vande Mataram has been going down the ages between Hindus and Muslims, in particular owing to Islamic perspective, is also a cruel reality.

Vande Mataram, ever since its acceptance in the national spectrum, has been challenged by Islamists and violent expression of the same was witnessed during the heydays of national freedom struggle. Vande Mataram or Hail the Motherland is based on a Hindu perspective of Bankim Chandra Chattopadhyay and its most extensive implementation took place through the revolutionaries in Bengal during “Agnijug”, followed by others in the rest of India.

And this tradition of appeasement has been going on without a single break; at every time, once a controversy is raised by Islamists regarding Vande Mataram, political parties cutting across (alleged) ideological differences, virtually race to pacify Islamists.

Few people can recollect, “SreePadma monogram” of Calcutta University was also changed in 1940 to placate Muslim radicals indicting educational scenario then in undivided Bengal under a strong Hindu influence.

Vande Matarm is yet to get its due in India and has experienced ignominy only due to lack of Hindu strength.

Such Islamic accusations against it will continue to surface as Muslim radicals will not miss an opportunity ever to censure Vande Mataram severely.

Hindus have got to wage an eternal struggle to preserve dignity of Vande Mataram. 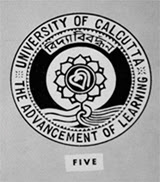