May 24, 2013
Can there be any relation between the creed of violence and non-violence? The question, being the most intricate one hitherto, is asked every now and then.

If you are having the same dilemma also, go through the following lines and do not forget to learn the Noakhali pogrom against Hindus from October 10, 1946 led by Muslim radicals.

"Fortunately for the Hindus, Shivaji and Guru Gobind Singh are not mythical figures buried in the dusty pages of learned historical treatises; they are living forces inspiring our daily life. Their footsteps were followed in his humble and limited sphere by Rajendra Lal Roy Chowdhury, who died a martyr's death in his village home fighting almost single-handed against thousands of armed hooligans. His fight in defence of faith and family honour was, in Acharya Kripalani's significant words, 'the most nearest approach to non-violence'." - Sucheta Kripalani

Sucheta Kripalani, born as Sucheta Majimdar, was an eminent freedom fighter and became, later on, the first woman to be elected as Chief Minister of Uttar Pradesh.

Sucheta Kripalani accompanied Mahatma Gandhi in his mission to Noakhali and witnessed all alone the worst form of racial extermination of Hindus by Muslim fanatics or Hindu persecution there in recorded history. 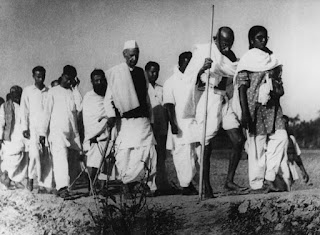 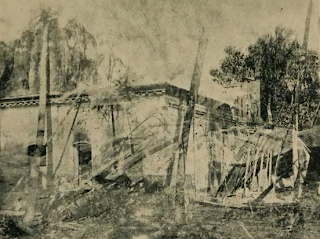