May 30, 2014
On May 28, 2014, in the morning a Hindu girl (age 11 years), living in the area of Raghunathganj in the district of Murshidabad, was gang-raped by  a group of persons including Bapan Sheikh, Pande Sheikh and Motahar Sheikh and it has been learnt, culprits were abetted by residents of Bahadidanga village. Due to the failure of police to arrest any culprit, a complete chaos ruled the area soon followed with plundering of a culprit’s house by the irate mob. A deep tension continues to dominate the area while the administration is on high alert. Again, a few days back a girl student of Class V was gang-raped by three youths at the area within Raghunathgunj police station’s jurisdiction in Murshidabad district while she was driving cows into the barn. While the girl is in a critical condition at the Jangipur Municipal Hospital, a police picket has been deployed in the area.

On May 20, Saraswati Samanta (name changed) became victim to the lust of two dreaded criminals named Rinku Gazi and Saiful Mandal at Swarupnagar within the Basirhat subdivision of North 24 Paraganas district. Saraswati, a young lady and married six months back, was grabbed by a few outlaws including the abovementioned two criminals midway. She was taken to a poultry firm nearby and was gang-raped afterwards. Albeit she cried for help and local traders rushed to the spot to save her, culprits had fled by then. She lodged an FIR but culprits are yet to be nabbed. Medical examination has also confirmed the incidence of gang-rape.

The brutal murder of Nirmal Ghosh, Railway Police Force jawan, of late by cow smugglers from neighboring Bangladesh mercilessly at his own home in the village of Angrail within Gaighata police station’s jurisdiction near Bangaon in the North 24 Paraganas district speaks of the rot vehemently that started with the minority appeasement of Lefts and is robust by now as the reigning Trinamool Congress has found it as the basis of prolonged success. The recent landslide of Trinamool Congress in Parliamentary Election, 2014 has proved its worth yet again. The election has also emanated another perilous verity – unless one gets the confidence of Islamists in Bengal, it’s hard for them to retain success, let alone ruling the state. Accordingly, tortures on Hindus in the state are on the rise. A close analysis evidences that in the ongoing spate of clashes Hindus have been victims always while Islamists at any front happen to be the aggressors. Whether it is ravishment of Saraswati or adolescent Hindu girls or even the brutal murder of Nirmal Ghosh, these are no stray incidents but a deeper contemplation and harder effort can bring forth hundreds of other such instances.

What can Hindus do at this juncture of history? Should it go on depending on the center of power at New Delhi or grab hard-nosed decisions to retain own existence in the state? If views of political pundits and also Hindu activists are considered, the second one happens to be the more suitable option. And as per them, limitations of constitutionalism have often been found to stage the hardest obstacle to activism time and again. Fiery Hindu resistances, at times, in Bengal have also portrayed how the administrative biases can be stopped and victories be won. 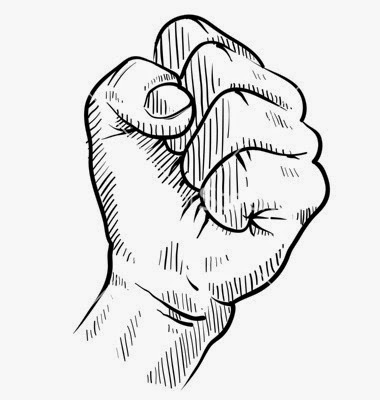 Hindu Dharma said…
What are crimes for Hindus are matters of pride for Muslims. In Islam, Muslims are allowed and encouraged to rape Non-Muslim women and kill Non-Muslim men.
June 10, 2014 at 8:50 PM