May 25, 2014
It was a fad once; nowadays it is getting more and more frantic and its pace is also surpassing strides of worst dreams even. The saga is spreading like a cancerous disease across the country worrying parents of their daughters’ future most. Any guess? The future of Love Jihad is known to all and this is inevitable for any Hindu girl.  Either the love saga will lead her to prostitution or any vile business; albeit in most cases it ends with the life of Hindu victims. Yet, the chronicle is repeated in almost every alley of the country and certainly Bengal is no exception or else Swati (name changed) would have led a healthy life. 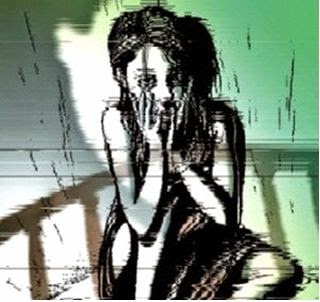 Swati hails from the town of Hili within the Balurghat division in the district of South Dinajpur in Bengal. Being an eligible and also intelligent girl, she completed her MA and started working for a multinational drinks company in Siliguri, a prominent town in the northern part of the state. In due course, she got familiar with Mohammed Dilwar, owner of a mobile repairing shop in the town and the acquaintance led to a love affair followed by a marriage on November 1, 2013. She started to live in her husband’s residence at Ashrafnagar, ISKCON Mandir Road. Contrary to her expectations, life started to change soon. She was compelled to abandon the job and to have physical affairs with her in-laws, especially elder and younger brothers of her husband. Since each act happened under Mohammed Dilwar’s strict observation, she had no opportunity to term those as rape. Mohammed Kamal, Dilwar’s brother-in-law is another culprit. According to her version (to the police), people including her husband used to have physical affairs with her and almost on a regular basis. She, if truth be told, was turned into a sex slave and this horrendous affair went for more than six months at a stretch.

Swati got sick as a result but the family’s strict observation prevented her from breaking out. It has also been learnt, women in the family used to keep a close watch on her as well. At long last, on May 23, she succeeded to come out of the house and sought help of Mohammed Illyas, secretary of Ashrafnagar Anjuman Ashrafiya committee who contacted Legal Aid Forum in the district of Darjeeling and also Sharmila Sharma, local councilor of Congress. Swati was admitted to a local hospital and doctors there have kept under watch for an indefinite period. Swati lodged a FIR against her in laws on the same night of May 23 based on which her husband, his three elder and younger brothers were arrested. They are Mohammed Dilwar, Mushtaq Hussain, Mohammed Zahid and Saddam Hussain. Both her mother-in-law and sister-in-law, engaged to keep her under surveillance, were also taken into custody. Swati has stated that several friends of his husband had raped as her as well. And all these took place at the behest of her husband, Mohammed Dilwar.

According to last reports, Legal Aid Forum will provide Swati legal help in every capacity.