While the heartrending, monumental endeavors of Hindus across India succeeded through the ascension Team Modi in the throne of power with the sole aspiration that Hindu polity would prevail all, fates of Hindus in Bengal remain grisly as ever before. This macabre reality came forth on May 27 again when villagers inhabiting Halderpara and Gayenpara within the Sandeshkhali police station’s jurisdiction in the district of North 24 Paraganas were thrashed brutally by a gang of local Trinamool Congress-backed culprits for daring to join the celebration of ascension with the rest of India on the day before. 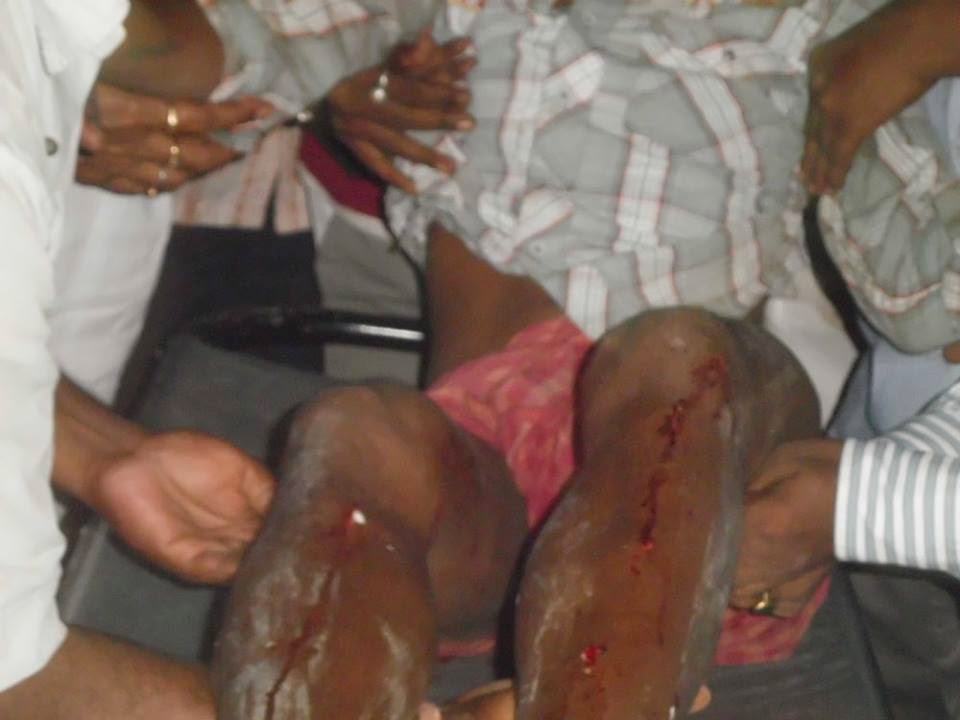 On May 27, at 9.30 am, a group comprising almost 15 hooligans, purportedly instructed by Shahjahan Sheikh, infamous Trinamool leader in the vicinity and also sub-head of Sarberia Panchayat, stormed the residence of Dhananjay Baul at Gayenpara. It is worth mentioning, Dhananjay Baul is an activist of Hindu Samhati and he played a gallant role to pick the role of Islamists in the rape of a Hindu girl at Jhupkhali of late. Since Dhananjay was not present then, his younger brother or Mrityunjay Baul was grabbed and thrashed mercilessly by the radicals. Tapan Sardar, another Hindu individual living in adjoining Halderpara, was also pounded brutally. The sudden development proved to be more than enough to infuriate local Hindus and as a part of protest, they were soon found to block the main road between Kolkata and Dhamakhali at the crosswalk of Rampur Haldergheri. It has also been learnt, villagers also allegedly detained Bappaditya Mandal, Haji Biswas and Bimal Halder who attacked Mritunjay Baul & Tapan Sardar in their respective villages. 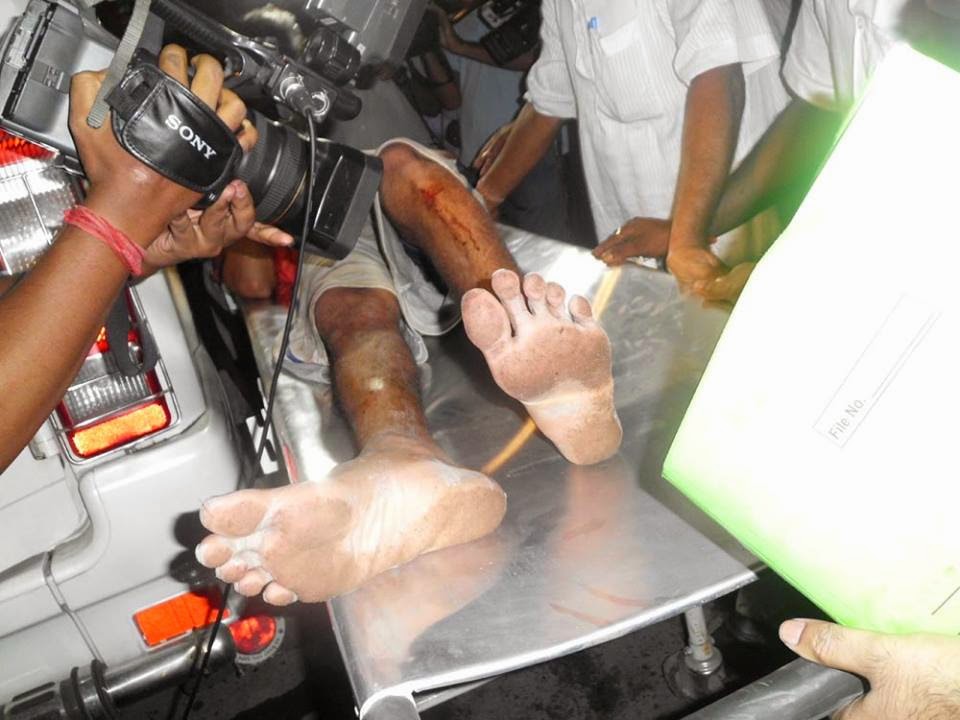 Unlike incidents of bashing Hindus, local police station of Sandeshkhali geared up fast now and sent a team of police personnel to both quell the furious protest and remove the blockade. Policemen had a tough time to assuage the peeved mob and after public were assured of adoption of stringent measures against perpetrators, the road blockade was withdrawn and attackers were also released. But contrary to expectations, it was not the end and a hell was soon unleashed on local Hindus. An individual named Haji Biswas phoned Shahjahan Sheikh at this time and within the next few minutes, 3 vehicles jammed with assailants wielding lethal weapons turned up and went on ravaging the area. While bombs were hurled and shots were fired randomly, a few hooligans were also seen to charge Hindus with swords.  Owing to the spate of attacks including indiscriminate firing, 26 villagers suffered injuries while Samir Ghosh, one police officer, was struck a bullet in his eye. 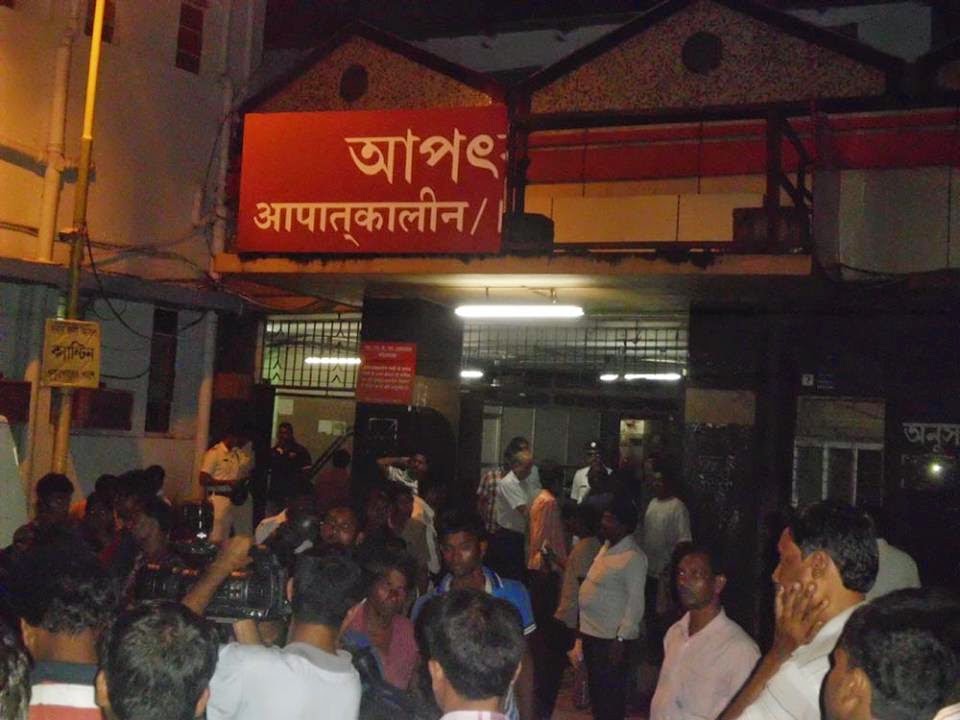 Harmed villagers including women were admitted to the local Khulna Block Hospital initially. Thirteen of them were released after initial treatments while the remaining ones with critical injuries were shifted to SSKM Hospital in Kolkata. They include Gautam Gayen, Prabhas Gayen, Mantu Sardar, Gostho Gayen, Bonkumar Sardar, Manik Sardar, Dholok Gayen, Mrityunjay Baul, Tapan Sardar, Satya Sardar, Ajay Gayen and others. 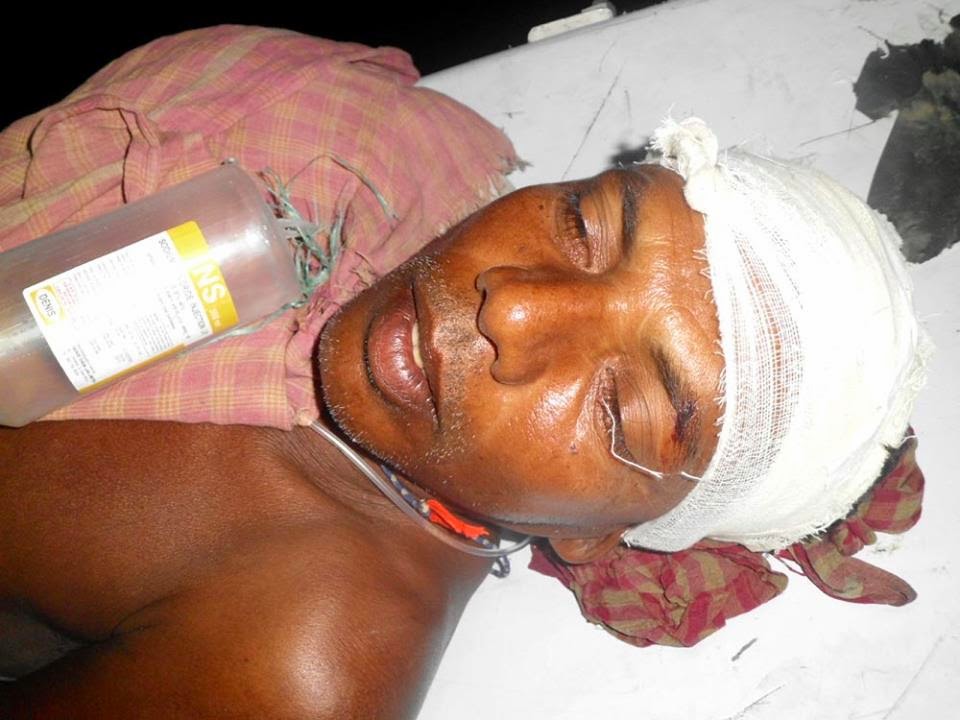 A grave tension dominates the area; even if RAF has been deployed there, Hindus are yet to come out of the shock. Dreaded criminals who took part in the attack including Akhtar Mir, Jiyarul Mullah and Siddique Mullah are yet to be arrested and if locals are counted on, no arrest will happen ever since Sandeshkhali has turned into the fiefdom of Shahjahan Sheikh and administration happens to be the foremost casualty there.