Showing posts from August, 2010
Show all

Communal Harmony and Deception via food

August 27, 2010
Inter-faith meetings or social gatherings are supposed to consolidate harmony in the society, or do they? On July 04, in a village named Sutanuti Paar (24 Pgs. N.), 3 Hindu children, viz. Asit Bala (12 years old), Tanushree (10 years old) and the seven year old grand-daughter of Nimai Mondal were invited to a lunch hosted by the family of Safia Parveen, a Muslim on the occasion of her father’s death anniversary. They were surreptitiously served beef without their knowledge and were subsequently humiliated by the other Muslim children present on the occasion. This has caused a lot of resentment among the local Hindus. ED: Hindus consider eating beef a taboo, and in many areas of India, Pakistan, and Bangladesh, Muslims are known to feed beef to Hindus: - Forcibly if Hindus know it is beef, or deceiving them at first, feeding it to them and then telling them that what they fed was beef. This is going on for for centuries.
1 comment
Read more

August 23, 2010
Tapan Kumar Ghosh, the President of Hindu Samhati reached out to the Hindu community in the Washington DC area, during a presentation organized by the capital area's community leaders. Mr. Sant Gupta, a Committee member from the Durga Temple in Virginia introduced Mr Ghosh. Dr. Satish Mishra, a community leader in Maryland, facilitated the event. Talking to the audience about his work, Mr Ghosh narrated his experiences in organizing relief and active protection for Hindus in many parts of India over the last three decades, including Kashmir, where Hindus have suffered the worst onslaught of Islamic extremism in recent years. He described in detail, the atrocities that Hindus are facing in villages bordering Bangladesh. Talking to the audience, he said, “The case of massive illegal infiltration is well known today. Atrocities are increasing and these include crimes targeted against Hindu women; from relatively small cases of eve-teasing and harassment, to sexual assault, rape, kid
Post a Comment
Read more

“Hindus should start a Hindu Freedom Movement in India.” – Brahmachari. 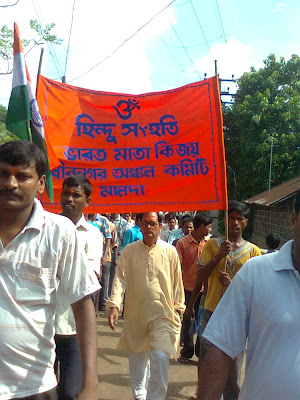 Hindu Majority and Freedom is a must in India to retain its Democracy and Integrity as told by Upananda Brahamachari in his maiden speech in a strong gathering over 1,000 people at Birnagar, Kaliachak III block in Malda District in a grand celebration of 64th Independence Day by Hindu Samhati (HS) local committee. In the morning of 15th August, 2010, a large rally by Hindu Samhati workers rejuvenated the local areas in its march with patriotic slogans and songs. The rally led by Chittaranjan Dey. Gen. Secretary and Mukunda Koley of Hindu Samhati along with the presence of Upananda. The anti Hindu and anti Indian element of the areas went to underground for the hours of activities whereas a large Hindu crowd participated and supported openly the Independence Day Function organized by Hindu Samhati in a Muslim populated District of West Bengal. Malda, Murshidbad and Uttar Dinajpur, these three districts have been came under the fold of ISI and DGFI, where the National and Hindu celebra
2 comments
Read more

August 18, 2010
Murshidabad already has the highest concentration of Muslims among the three Muslim majority districts of the State. Now, the District Magistrate Pervez Ahmed Siddiqui wants the district to be officially named as Muslimabad. According to a report published in the Dainik Statesman on 29th July, the DM in a letter to the concerned officials regarding the extension of the deadline for the correction of the electoral list, has referred to the district as Muslimabad except for the subject line. Surprisingly, all the concerned officials have countersigned the letter without any objection. Though the DM has been quick to dismiss it as an editing faux pas, is it that really a sign of frivolousness? If that be so then why the correct name has been used in the subject line? The answer lies elsewhere. It is a part of the sinister ploy to carve out another Pakistan. In 1947, when a Pakistan, comprising of the Muslim majority areas was proposed, the (Hindu) leadership had dismissed it as a 'f
2 comments
Read more

August 15, 2010
When this article will reach the readers, the festival of Indian Independence will be celebrated throughout the world. But we have to ponder over one thing-that is on the success or failure of the point from where we started the journey. Today after elapsing of six decades of independence we have to take account of it. The race or nation which does take account of this results in an end. The proposal of “Purna Swaraj” was taken at the Lahore session in January, 1930. The proposal was read by Nehru. The Land on which first tricolor of Independent India was hoisted & the land of Chittagong on which Revolutionary Surya Sen fought on 18 th April, 1930, the tricolor of Independent India does not fly there. It is the story of midnight of 23 rd march, 1931. British Govt. carries away three dead bodies wrapped in black clothes surreptitiously in deep blackness of dead night in Lahore . Three dead bodies were of Sukdeb, Rajguru & Bhagat Singh. On that day, those three persons were h
4 comments
Read more 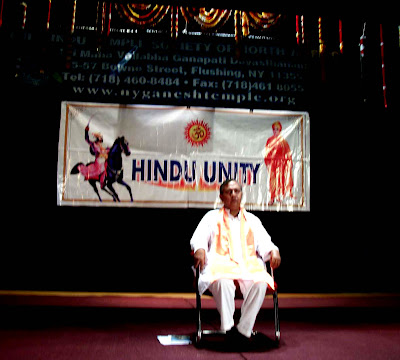 Tapan Ghosh at Hindu Sangathan Divas in New York New York, Aug 9, 2010 Hindu Unity Day (Hindu Sangathan Divas) was celebrated at Hindu Temple in Flushing, New York on a grand scale and it was a very successful event. Tapan Ghosh, President of Hindu Samhati, gave a call to the Hindus of America to rise to the need of the hour to support Hindus in the critical flashpoint of Islamic aggression that India has become. Ghosh stated "At this juncture a sense of cohesiveness, a feeling that the community is an extension of one’s own self and an understanding that an attack upon any part of the community is an attack upon the whole Hindu world, has become not a necessity, but an imperative for Hindu society." He added "The Hindu society now needs Hindu Solidarity, which is Hindu Samhati". He further said, " Hindu society is under attack from every direction and in every manner. The need of the hour is to reignite our Kshatriya spirit and stand resolutely&quo
3 comments
Read more 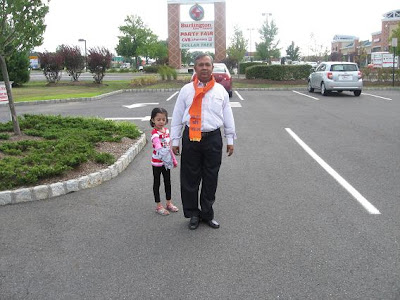 Tapan Ghosh in US for a lecture series. 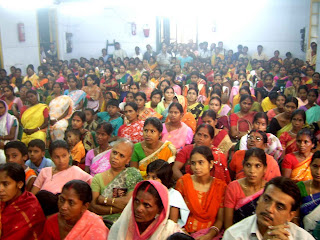