Showing posts from June, 2009
Show all

June 24, 2009
High School, Hindu Village and 3 Hindu Clubs Attacked and Hindu Women Molested by Muslims in South 24 Parganas District In a higher secondary school named Paschim Gabberia Uchha Vidyalaya in the village of Paschim Gabberia , under Joynagar Police Station in South 24 Parganas district,when 3 Muslim teachers demanded a specific place inside the School to offer daily Namaz, Hindus apprehended that virtually it will become a Mosque. So, on 22 nd June 2009, Hindu students of higher classes of the school protested and gave a memorandum to the Headmaster signed by 350 students of the same school. Due to this, the Muslims became angry. Muslims gathered in large number from nearby 6 villages and attacked the School, destroyed its property, beat up Hindu students. Next the Muslims targeted nearby 3 Hindu clubs, looted their property, damaged the clubs and then started attacking Hindu localities of the village. They beat up many Hindus, molested many Hindu women, damaged their houses, ab
1 comment
Read more

Tribute to Shyama Prasad on his 56th anniversary of Martyrdom

Our Tribute to Dr. Shyama Prasad Mookherjee on his 56 th anniversary of Martyrdom Dr. Shyama Prasad Mookherjee, the very first martyr of independent India , who attained the immortal glory of martyrdom for the cause of territorial integrity of India , was the victim of a collective conspiracy of Nehru and Sheikh Abdullah. Syama Prasad, the eternal hero of Bengal, died in 23 rd June, 1953 while raising the slogan,”Ek Vidhan, Ek Nishan, Ek Pradhan” on the soil of Kashmir. After his mysterious death Jawaharlal Nehru did not bother to set up an enquiry commission. Even when Mrs Jogmaya Devi, mother of Dr. Mookherjee blamed the government of Nehru and Sheikh Abdullah and appealed for an enquiry commission to investigate the reason of her son’s death, Nehru turned a deaf ear to her. Unfortunately, Bharatiya Jansangh, the political party formed by Shyama Prasad, which later renamed and revived as Bharatiya Janata Party (BJP) and held power in New Delhi for six years, did not put any ef
1 comment
Read more 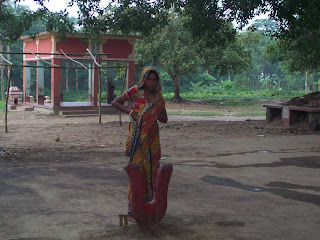 Jamalpur BuroRajer Shiv Mandir Update : Major Hindu Festival Attacked in Bardhaman District of West Bengal In Bardhaman district, this Buro Rajer(another form of Lord Shiva) Mela at Jamalpur village under Purbasthali police station is a major Hindu Religious Festival of hundreds of years. According to age old tradition, on the day of Buddha Purnima, Hindus, especially the people of Yadav community come to this Buro Raj Temple with traditional arms, which do not include fire arms. This year on 6 & 7 June, the pilgrims were attacked at Kulipukur near Chhatni village. The Hindu pilgrims were beaten mercilessly in a very pre planned design. More than one hundred people injured and at least 4 Hindus died in the attack. Many are still missing. It is very much possible that the death score will increase. Many Hindu women were molested and raped in the nearby jute fields. According to sick ‘secular’ norm of the Medi
Post a Comment
Read more 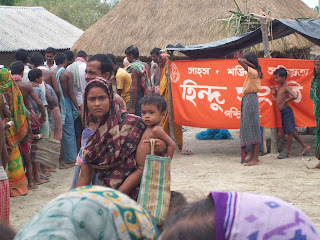