January 12, 2012
Enthused Hindus create History
“Face the brutes.” That is a lesson for all life—face the terrible, face it boldly. Like the monkeys, the hardships of life fall back when we cease to flee before them.
“The earth is enjoyed by heroes”—this is the unfailing truth. Be a hero. Always say, “I have no fear.”
“Strength is Life, Weakness is Death. Expansion is Life, Contraction is Death. Love is Life, Hatred is Death.”
“The remedy for weakness is not brooding over weakness, but thinking of strength. Teach men of the strength that is already within them.”
“Stand up and fight! Not one step back, that is the idea. Fight it out, whatever comes. Let the stars move from the spheres! Let the whole world stand against us! Death means only a change of garment. What of it? Thus fight! You gain nothing by becoming cowards. Taking a step backward, you do not avoid any misfortune. You have cried to all the gods in the world. Has misery ceased? … The gods come to help you when you have succeeded. So what is the use? Die game. … You are infinite, deathless, birthless. Because you are infinite spirit, it does not befit you to be a slave. Arise! Awake! Stand up and fight!”
The above quotations are not mere words but the heartfelt experiences of an individual born on this day – Swami Vivekananda – the stormy petrel whose appearance has not only revolutionized the notion of Hinduism but has made it more dynamic, vigorous, defiant and truly public (no more under the fold of any single concern or hegemony). Without doubt, Swami Vivekananda and his thoughts do signify an era that led to the onset of utmost devotion at the altar of Mother India – to sacrifice everything, life being the cheapest, for the national liberation.
Swami Vivekananda has always been an impregnable inspiration and will ever be; Hindus, hapless and under attack from adversaries in all aspects of life, invoke this lion-hearted Sannyasi (ascetic) to show the perplexed and aimless Hindus true way.
To observe the 150 th birth anniversary of Swami Vivekananda in the most gallant manner, Hindu Samhati brought out an assortment of processions, Bangaon and Bagnan-Howrah to be mentioned specially, participated by Hindus from all walks of life and youths in particular, today itself. The flamboyant parades, be in form of convoys or parades, have stimulated Hindus to the highest extent. The great successes under aegis of Hindu Samhati evidence the zeal to struggle to attain the unattainable objective – Hindu Rashtra – among Hindus has not died down but does subsist best. 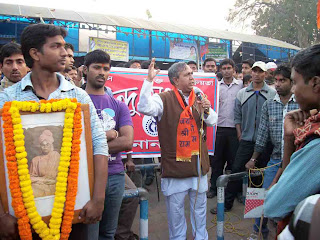 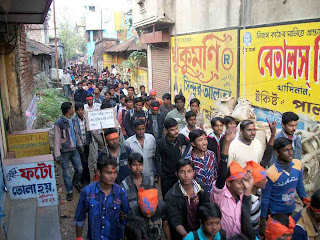 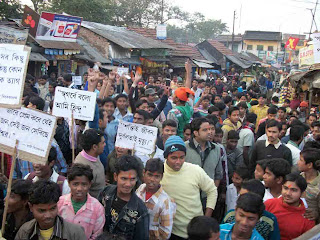 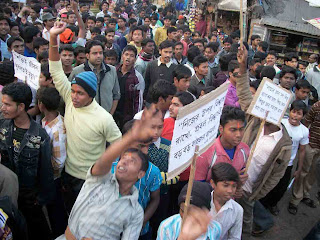 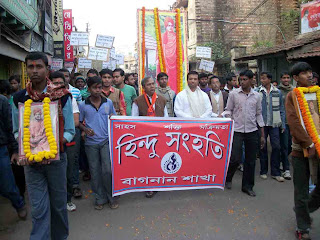 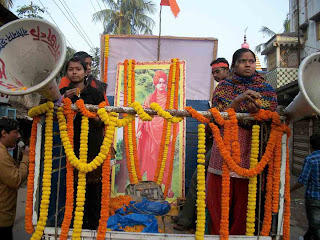 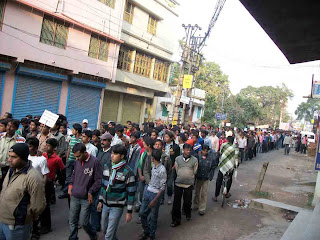 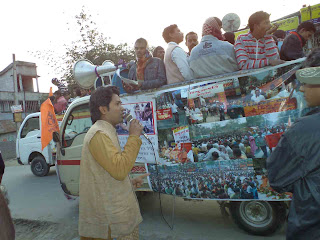 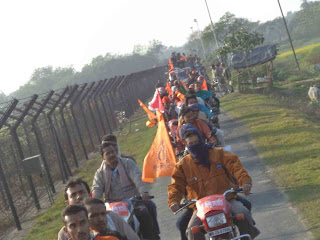 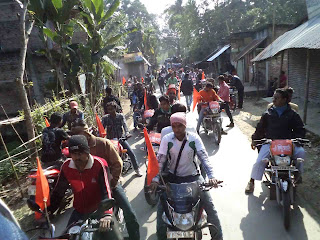 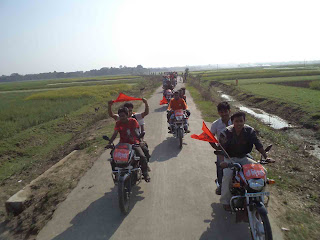