To inhibit the mounting strength of Hindu struggle across Bengal, voicing protestation against rising onslaughts of radical Muslims and awful surrender of indigenous administration to it, Sri Tapan Ghosh, president of Hindu Samhati and also the foremost citadel of Hindu defence in Bengal, has been put behind bars on flimsy ground, stemming from vindictiveness of establishment.

Today, March 14, 2013, around 9.30 am, Sri Ghosh was arrested by P.S. Muchipara, Kolkata, to give final expression to the FIR lodged in P.S. Kultali, District: 24 Paraganas (South) on February 20, 2013, regarding the ghastly incident of Jalaberia where strangely Hindus became the worst victims of coordinated oppressions, launched by Islamists and local police.

What took place in Jalaberia then was an Islamic onslaught with intent to exterminate Hindus there racially and its root is easy to decipher in the Hindu persecution by radical Muslims in village: Naliakhali, where more than 200 Hindu residences were burnt down, Hindus beaten mercilessly by Islamic marauders in broad daylight and before the local police, following the murder of Moulavi, Rohul Kuddus on February 18, 2013 by unidentified gunmen.

Ravage of radical Muslims didn’t remain limited to Naliakhali and its vicinity but went ahead far and wide reaching Jalaberia as well. Not Hindus were tortured here only but their womenfolk were molested also. On February 20, 16 Hindu laborers were abducted by radical Muslims to teach Hindus a new lesson but police concentrated to disperse Hindu mobs protesting the same.

What the administration has failed to comprehend is that this repugnance of theirs, to pacify radical Muslims conforming to the wishes of current state government altogether, to Hindus toughens Hindu Samhati’s resolve to struggle only.

No matter what the colossal hindrances are, Hindu Samahti’s struggle will intensify to usher a new world of light and freedom for Hindus inhabiting the length and breadth of the Indian state of Bengal. 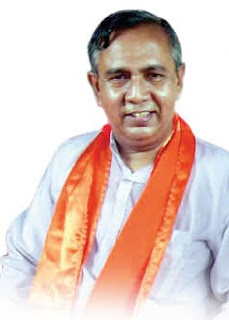