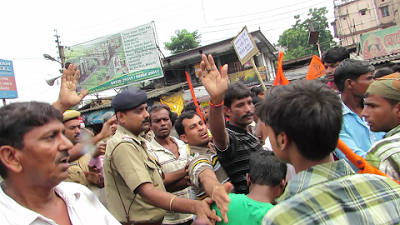 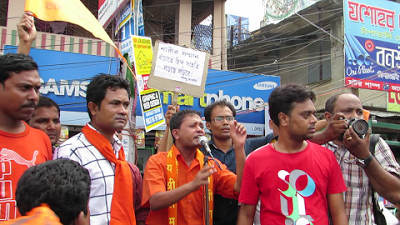 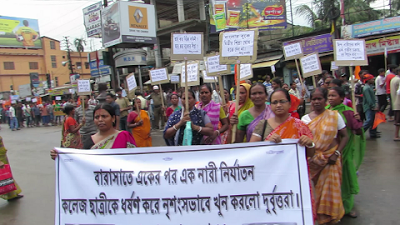 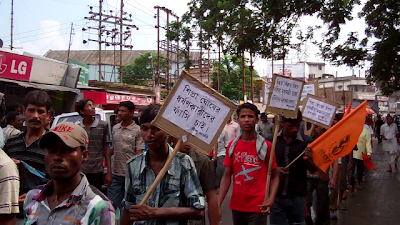 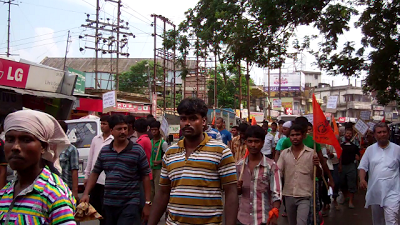 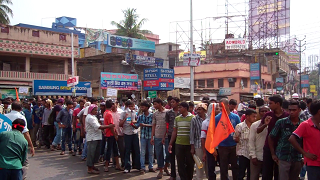 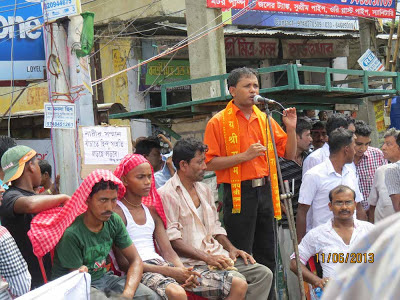 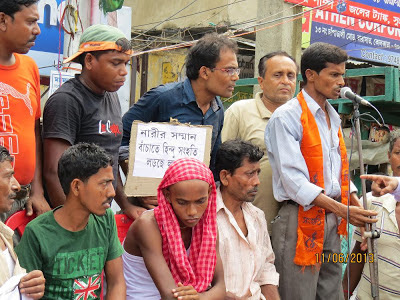 Seated beside the speaker is the father and brother of the victim Shipra Ghosh. The brother has his shaven head covered with a towel after funeral rites. Several prominent media houses have reported that they were forced to attend the HS protest demonstration. Let the esteemed readers draw their own inference from this picture. 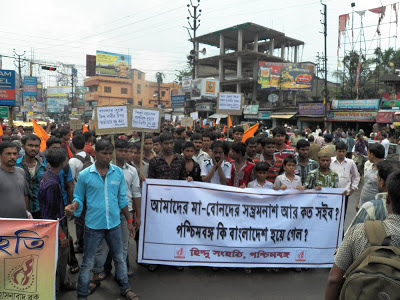 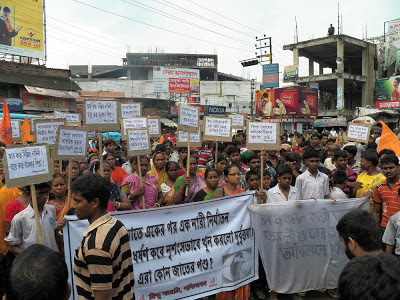 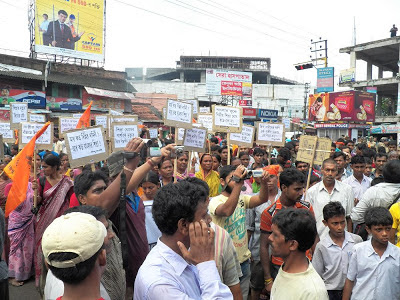 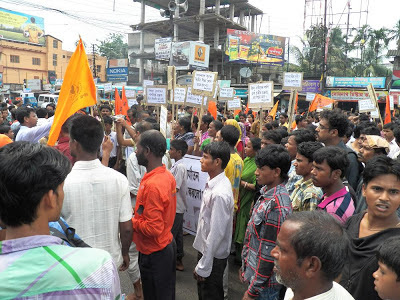 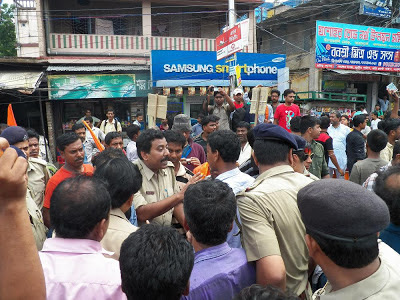 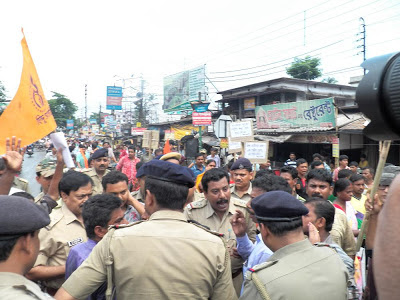 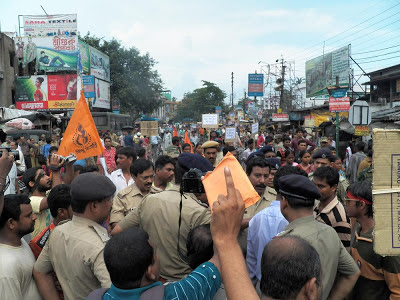 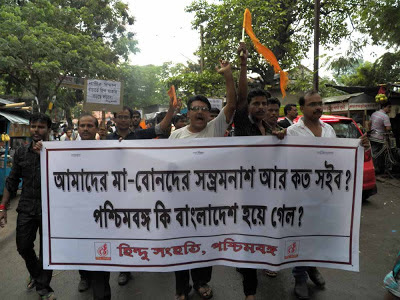 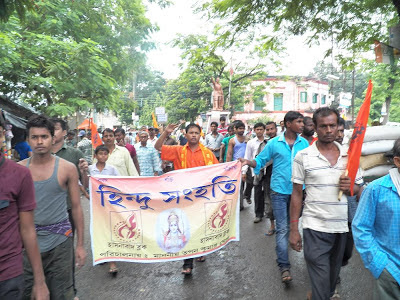 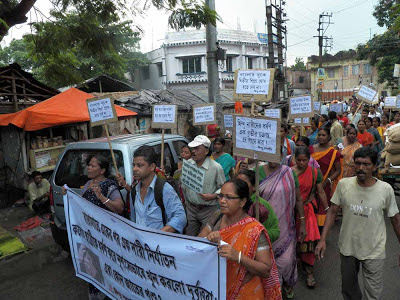 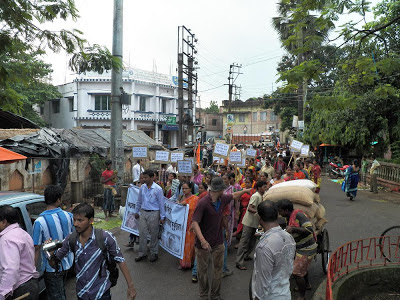 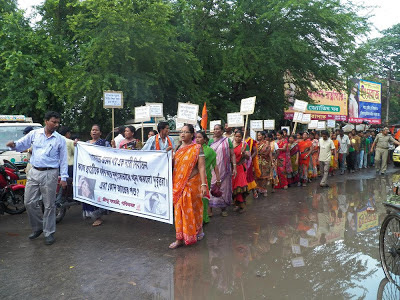 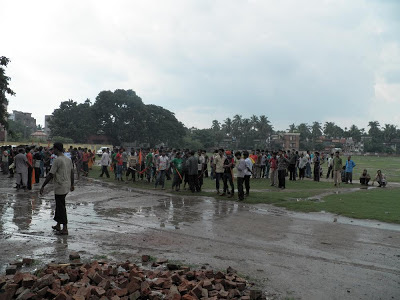 Hindu Samhati activists and general public gathering for the march and demonstration at Kachhari Maidan, Barasat.