The word picture has several definitions at the same instant; while to some it is a visual representation (of an object, scene, person or abstraction) produced on a surface, to others it does signify a situation treated as an observable object. People are free to vie among themselves of the definition but it is undeniable that pictures stand for the reality and become more powerful than words; a picture symbolizes two or three paragraphs all at once.

You will have the same experience through the pictures listed below that speaks of the towering success of Hindu Samhati through its 1st open meeting a Machlandapur, a highly significant census town, P.S. Habra, Sub-division: Barasat, District: 24 Paraganas (North), on November 26, 2011, eloquently.

The pictures expressing the fiery mood of squads making onward motions, large gathering of Hindus, speeches of Sri Tapan Ghosh, president, Hindu Samhati, and others authenticate how Bengali Hindus there are hankering for a strong leadership to establish a strong social-religious-political-linguistic identity. 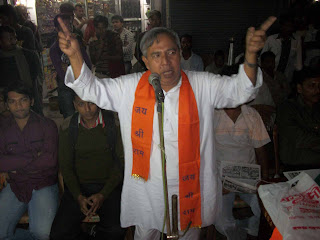 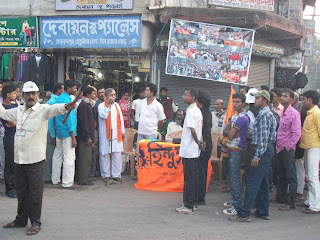 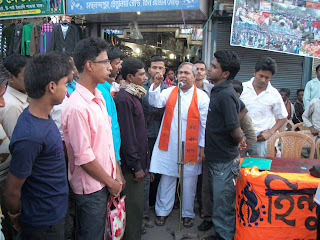 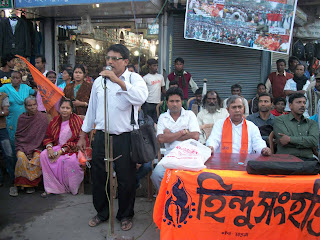 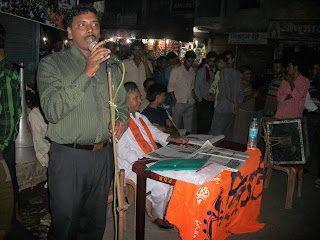 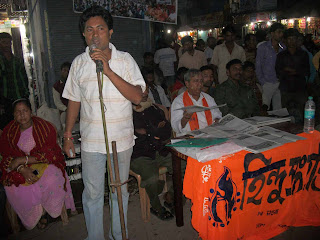 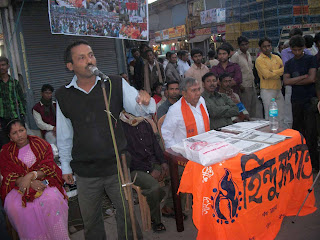 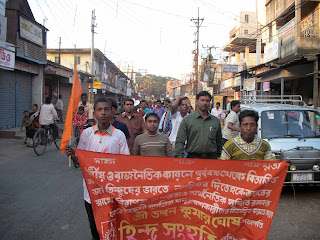 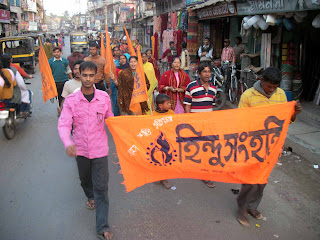