Hindus get buoyant at once

Jayade Jagadanande Jayadekaprapujite. Jaya Sarvagate Durge Jagaddhatri Namahstute – I hail Thee, o all-pervasive Jagaddhatri Durga, Thou art victorious and symbol of the joys of the world; it is only Thou in the world, who can be worshipped properly. Victory to Thee.

With the chanting of said mantra Jagaddhatri Puja is held with splendor through the length and breadth of Bengal and whatever may be the extent of ill-designs of perpetual adversaries of Hindus or simply anti-Hindu forces, nothing can quell the sprit of Bengali Hindus of celebrating Jagaddhatri Puja every year.

The situation is same this year and while we rendered a calamitous news of destruction of holy deity of Jagaddhatri at village Yarpur, P.S. Usti, District: 24 Paraganas (South) in the Indian state of , there is a good news now.

Sri Tapan Ghosh, president, Hindu Samhati, inaugurated Jagaddhatri Puja of Dadabhai Sangha at Haripur village, P.S. Chanditala in Hooghly district on November 02, 2011 and witnessed (in his own eyes) how the presence of a radical Hindu leader like him can ignite the Hindu passion (in the neighborhood) and make them more steadfast and tenacious to conform to the Dharma and struggle for its being and dignity. 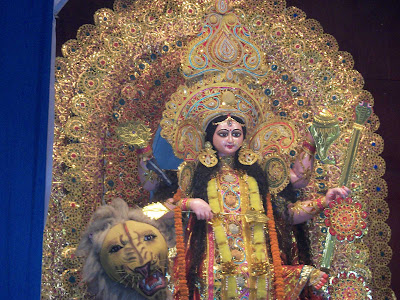 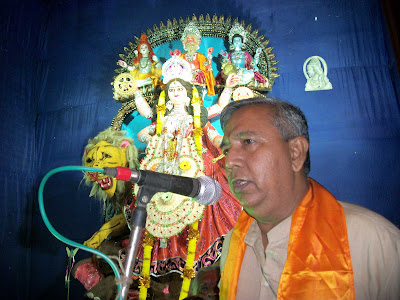 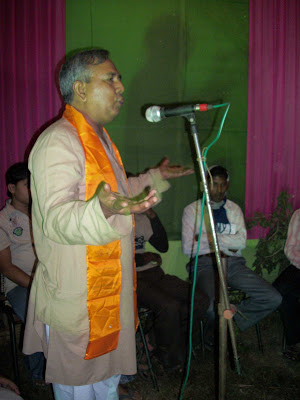 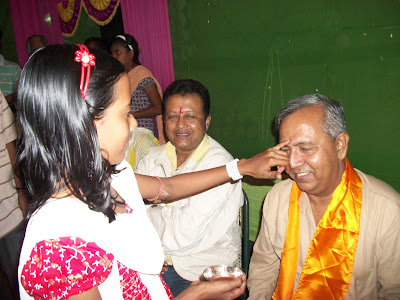 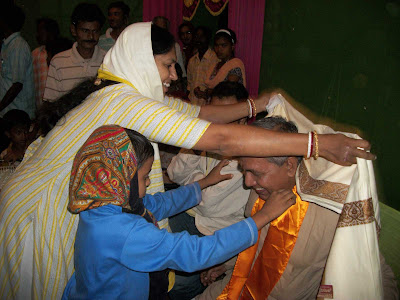 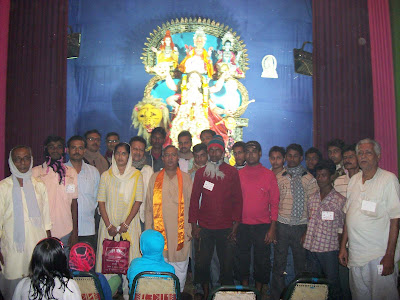