In our earlier report “Cow slaughter at full blast in Bengal” (http://hindusamhati.blogspot.com/2011/11/cow-slaughter-at-full-blast-in-bengal.html) we had reported how the saga of cow slaughter reached an all-time high mark this year flouting rigorous court orders (passed by Hon’ble Calcutta High Court, 2010 and Hon’ble Supreme Court later – strengthened in latest order passed by C.J. Mr. Jay Narayan Patel on 2nd Nov.2011) against the same slaughtering of cows. Alas, the situation is more terrible than that!

Despite the presence of dissonance among Hindus in Bengal, exploited by an assortment of political factions at times, Hindus, this time, stunning many of their adversaries, offered stiff resistance against the cow slaughter at several areas in . And at every such place Hindus were confronted by a conglomeration of Islamic fundamentalists (or even total Muslim populace in the environs) and large contingents of police forces leading to the brutal thrashing of them. What is happening in the of , P.S. Sankrail, District: now proves how bitter the State repression can be in independent on an innocent mass of people.

There were surely enough factors behind the eruption of Hindu-Muslim brushes in Dakshin Sankrail Kalitala, P.S. Sankrail, District: on 07.11.11. A few Muslim boys were found to carry beef through the Hindu area discounting prevalent Hindu point of view. Being challenged by Sahadev Thunder those boys fled and shortly, clarion call from the nearby mosque urging Muslims to save Islam was heard. At first there was the appearance of 90 boys who were overpowered by Hindu youths of the locality. But it was followed, within an hour, by no less than 2, 000 Muslims, armed with lethal weapons, baying for Hindu blood.

Hindus, defenseless to the highest extent, became easiest victims soon and though there was no casualty, Hindu houses were ransacked and if there was anything left, it was done by police personnel, who instead of containing the hostility, termed Hindus, especially the Thunder family, as sole troublemakers. What made police consider boys of the Thunder family as mischief-makers, absent during the Muslim-led violence, is yet to be known but the administration didn’t even dither to accept FIR s against Krishnapada Thunder (age 35), Sahadev Thunder (age 30) and Nakul Thunder (age 25).

It has been learnt from the testimonies of neighbors that repeated admonitions from police are coming on stating unless the three brothers (absconding for the time being) surrender soon, serious measures would be adopted against them. Police, in the beginning, assured Hindus in the environs that no cow slaughter would be tolerated in the locality. What an irony! Even Bifal Thunder (age 70), father and also head of the family, was also not spared. Ignoring his age, police on 08.11.11 (in the morning) came to the residence of Thunder family and threatened the ageing father of dire consequences if not his sons surrender in next to no time. Getting panicked Bifal left the house and hence, he could not be seen during the investigation of this journalist.

When this scribe went to Dakshin Sankrail Kalitala on 08.11.11, a weird silence was perceived only. Hindu households wore just a blunt look and when asked, almost like an automatic machine Hindu indwellers there pointed towards the bits and pieces of destruction. The magnitude of flexing of muscles, admonitions and also violence displayed by Islamic fundamentalists along with heinous state repression was too overpowering for them. Sandhya Thunder, mother of the boys, burst into tears, when asked of the incident.

A few police personnel present there dared not to say a single word and when asked, they stated that O.C. (Officer-in-Charge) was the best person to answer.

Nevertheless, the O.C. was not available in the police station for comments. When asked, the duty officer there could not render his cellular phone number even!

This is not a rare instance altogether. Scores of such incidents (similar to the village of Dakshin Sankrail Kalitala, P.S. Sankrail, District: Howrah) are taking place across Bengal day in and day out and there is no need of any pretext of Hindus are posing threats to Islam – complete support of reigning administration is making Muslims an overwhelming power in Bengal. 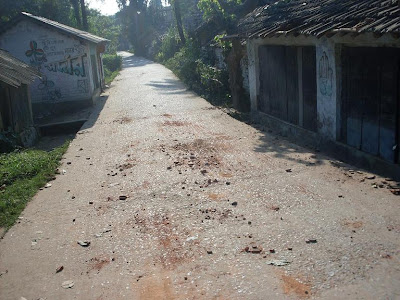 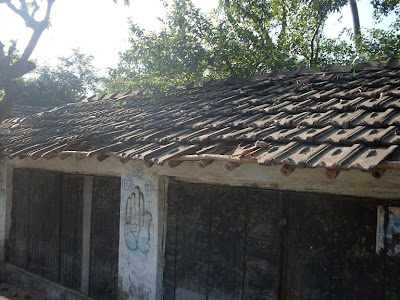 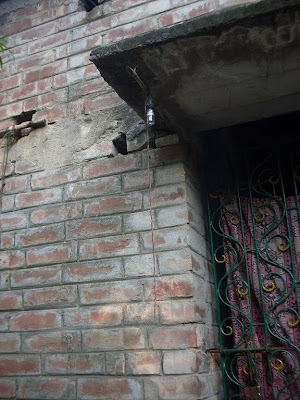 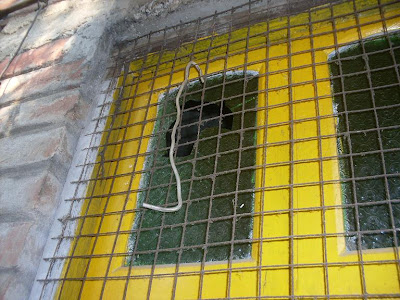 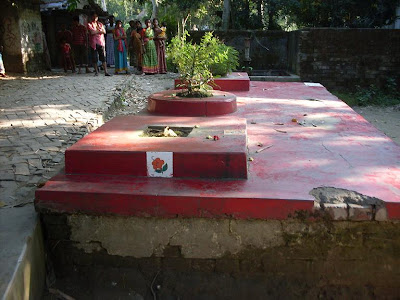