March 02, 2012
Police remains indifferent
Atrocities on Hindus by Islamists in Bengal are in full swing and the latest in this regard happens to be the molestation of a Hindu housewife, Mrs. Rina Mandal Gonra (age 28), wife of Mr. Shital Chandra Gonra, resident of village: Birshibpur, P.S. Uluberia, district: Howrah.  The gruesome incident took place on February 24, 2012 and the assailant happens to be Sheikh Surabuddin (age 30), son of Sheikh Raizwan.
To Know More Please Read:
http://southbengalherald.blogspot.in/2012/03/hindu-housewife-molested-by-islamist.html 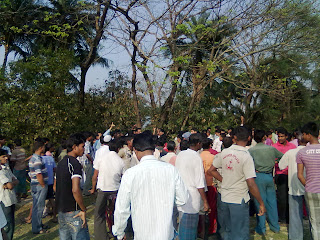