March 13, 2012
Hindu Samhati witnessed humongous obstacles from governmental sectors to organizing its 4 th Anniversary on February 14, 2012 and through insubordination overwhelmed those and got triumphant ultimately. Not the meeting took place (thanks to Hon’ble Court’s directive) in the same venue only but it turned to be the greatest success for the organization hitherto also.
For all these reasons, it was likely that the monthly meeting of Hindu Samhati on March 12, 2012 would be bouncing. And the same took place with the bustling presence of hundreds of its activists from different parts of Bengal in the meeting hall.
To Know More Please Read:
http://hinduactivist.blogspot.in/2012/03/hindu-samhatis-march-meeting-revels-in.html 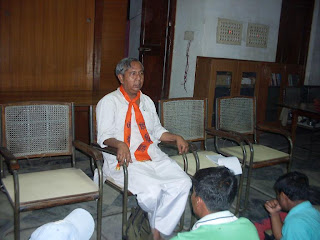