Hindus in Ghutiari Sharif are at a loss

March 17, 2012
Administrative indifference renders fillip to Islamists
There was indeed a hope that police and administration would act (as expected in a truly democratic, secular country) and thus fulfill its professional obligation. But we were terribly wrong!
Not the police has failed to act fast to nab the culprits, responsible for desecration, bombing and eventual destruction of Hindu temple, devoted to Devi Banbibi(Ban Devi), positioned in village: Satbibi (within Ghutiari Sharif), P.S. Canning, District: 24 Paragnas (South), only but what has been found thus far is simple indifference (leading to covert indulgence) also.
See footage: http://southbengalherald.blogspot.in/2012/03/video-footage-of-islamist-vandalism-in.html
To Know More Please Read:
http://southbengalherald.blogspot.in/2012/03/hindus-in-ghutiari-sharif-are-at-loss.html 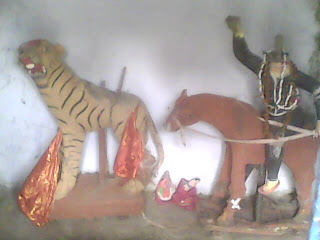 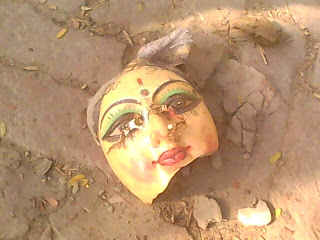