Hindu Samhati’s meeting in May, 2012 to have far-reaching consequences

May 15, 2012
Monthly meeting of Hindu Samhati, on May 13, 2012, reached a new height when applause of leaders, full-time activists and hard-core members of HS endorsed its activities in the previous months dashing hopes of many detractors and also burgeoning rumors that HS is breaking down owing to internal dissensions and lack of support of Hindu society.

The meeting, as usual, was attended by leaders, full-time activists and hard-core members of HS along with entrants (who, after witnessing intense struggles of Hindu Samhati and its activists to safeguard Hindu interest across Bengal, have decided to join and strengthen this historic duty). 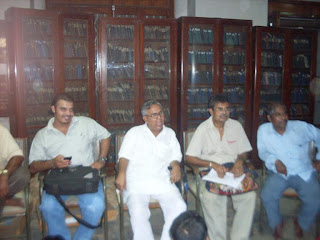