Victory Will Surely Be Ours ! 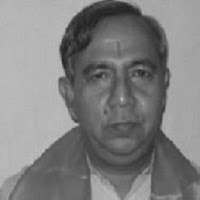 Without exception, festivities like the Durga Puja, Kali Puja, Bakri-Id, Jagaddhatri Puja, all have witnessed regular clashes between the Hindu and Muslim communities across Bengal and the Hindu Samhati office has received regular intimation of many such cases.
The incidents at Entally and Tehatta were of somewhat larger magnitude. In Tehatta, 26 odd Jagaddhatri Puja festivals were stopped and one person belonging to the Hindu community had to pay with his life from police firings. On the other hand in Entally, the deities of goddess Durga were broken and some ten Hindus were arrested for fifteen days. Copious idols were stealthily destroyed in Beleghata, Kolkata and Shantipur, Nadia district too. The total number of such cases has been too many to keep proper records. Importantly, in many places there have been reports of resistance from the Hindus in response.

It appears that Bengali Hindus have a growing realization that the government and administration will not play a neutral role to these atrocities. The government, allured by the unified Muslim votebank and the administration, fearing communal disturbance, are unlikely to take action against provocative actions from anyone belonging to the Muslim community. Consequently, the public is being increasingly active in taking actions to securing its safety.

Those at the upper echelons of Hindu society have a strange view that Hindus are too divided and segregated to offer a unified resistance. Incredible as it may seem, they are completely mistaken since by Hindu society, they conjure an illusory image that probably applies only to the uppermost 10% of the entire society and remain oblivious to its true strength of the rest. During partition, the prowess of the Hindu mass did not manifest for two prime reasons. Firstly, they were completely unprepared for a partition which hit them hard. Secondly, the reigns of the society were completely in the hands of the upper class of people who were disconnected from the rest and did not engage the greater society to grow a resistance out of cowardice.

The first reason is not true anymore. The horrors of ’46, ’47, ’50, ’54, ’60, ’64, ’71,’92 and 2001 are not lost to the Hindu psyche. Public memory has not been short in Bengal and the wounds of Islamic persecution from Bakhtiyar Khilji till Siraj-ud-Daula (1757) have remained fresh for over a century, which is why they did not participate in the mutiny of 1857 against the British. This is indicative of the clarity and acumen of Bengali conscience and is further confirmed by the collective abstinence of the Muslims from the national freedom movement. Hundreds have laid down their lives in Muslim majority Bengal yet it is so difficult to recollect the name of even one belonging to the Muslim community. The story is largely the same from Muslim majority undivided Punjab province. And the Bengali populace has always remained cognizant to this bitter truth regardless of the relentless efforts by sundry intellectuals to paint a flowery picture of harmony between the two communities.

Being anchored to the ground, I am convinced that the atrocities of ’47 won’t be repeated without large scale retribution. My humble prayer to the high class intellectuals would be to relinquish their position so that the Hindu youth can fulfil their aspirations. Victory, then, will surely be ours.

Also Published on Our Other BlogSite:     http://hinduopinion.blogspot.com/