Hindu Samhati firm to make Durga Puja for all

Durga Puja has lots of significations at the same instant. While, on one hand, Puja inspires a Hindu individual to invoke and worship virility in Goddess to enable her worshipers to fight against and overwhelm injustice and persecution, it also brings forth an aura of merriment. Hindus worship Mata joyously.

Don’t Hindu orphans and poor kids have the right to partake in the same cause? They have, without a shred of doubt but dearth of new clothes and their day-to-day struggles happen to be the greatest impediment before them in this regard.

Hindu Samhati, therefore, has decided to call all these a halt and this conviction is best expressed through its distribution of new clothes among poor and orphan kids inhabiting the platform of Chengail railway station, District: Howrah. 38 kids, on the whole, got new clothes (first time in their lives) and the joy perceived in their faces was indeed divine.

The distribution program was presided by Tapan Ghosh, president of Hindu Samhati, and he gave new clothes to 38 kids. What was the reaction of Mr. Ghosh? Tears of joy were seen in his eyes. 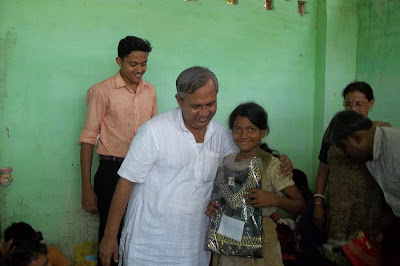 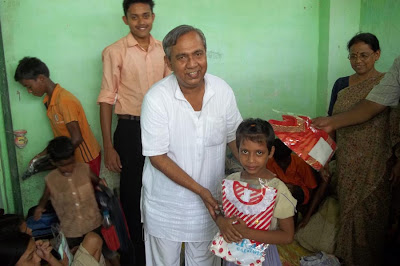 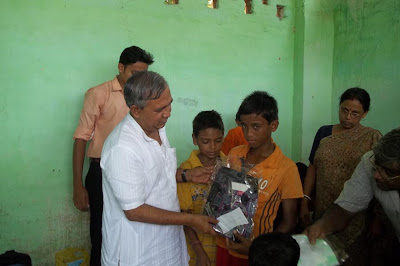 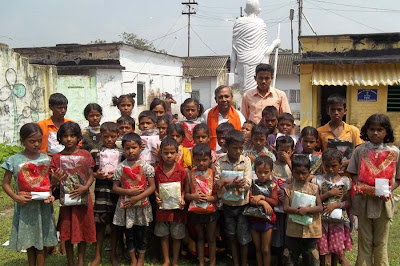 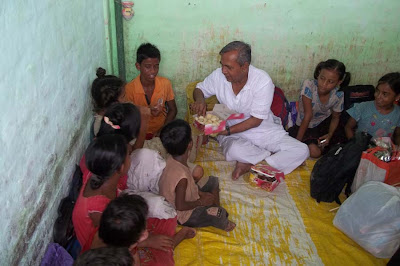