Durga Puja does not denote worship of the Divine Mother only but a festive season also where each and every Hindu, irrespective of language, caste, class, sex and creed, has the sacred right to take part in.

This happens to be the cardinal principle of Hindu Samhati as well and to make this a reality, once more a team of Hindu Samhati consisting 9 workers, including its president Tapan Ghosh and Advocate Brojendranath Roy, Ajit Adhikary, went to the border area of Sunderban, one of the remotest areas across Bengal, on October 01, 2011. The mission was to distribute new clothes among poor children in the environs and enable them to celebrate the festive season thus.

It is worthwhile to mention that entire area, around 2 years ago, succumbed to Cyclone Aila and was ravaged entirely as a result. Thanks to the tropical cyclone the whole area became covered with salty water, sufficient to nip any concept of agriculture in the bud. As a result people turned out to be simply have-nots and it’s needless to say, the majority of villagers did not have the money to provide their children new clothes in the Puja season. Hindu Samhati took up the cudgel of responsibility to fulfill dreams of the parents.

Well, local police, responsible for informing Hindu Samhati of the plight and requesting it to distribute new clothes among impoverished children of the area, played a strong role during distribution. They single-handedly made the list and arranged the distribution.

Joy of children knew no bounds.

Find the extent of joy on your own through the following pictures. 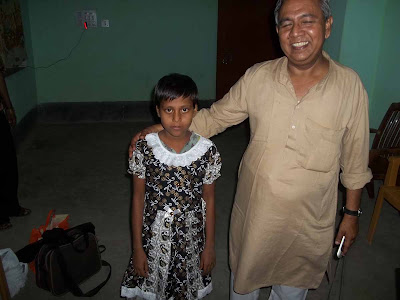 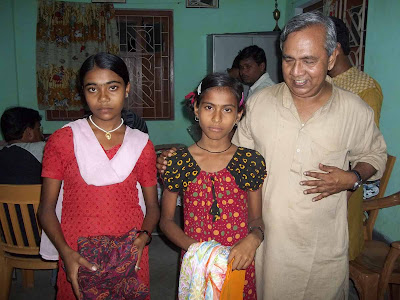 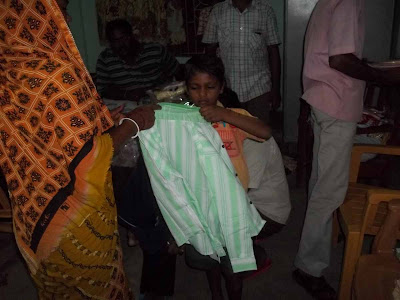 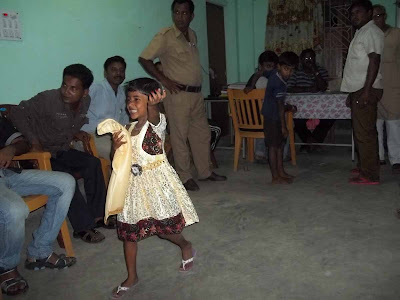 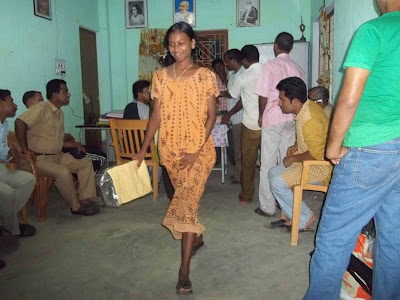