Days are changing fast and to be sure, with the passing of each day the need of Hindu unity is being felt more and more. Hindu Samhati has always been steadfast to express the same cause with gusto and this was found well yet again when a grand assembly under aegis of Hindu Samhati took place at Usti, Dist. 24 Paraganas (South), on October 23, 2011, to felicitate Hindus on the occasion of Sri Sri Durga Puja (completed recently) and forthcoming Deepavali/Diwali.

The meeting was attended by Hindus in the vicinity in throngs (as envisaged from the following pictures) and credit, in this regard, must be given to the Hindu Samahti leadership for undertaking great pains to make the assemblage a historic success. The meeting was chaired by Tapan Ghosh, president of Hindu Samhati, and several other leaders of HS including Tapan Biswas and Dinabandhu Gharami.

Sri Ghosh, through his fiery oratory, almost mesmerized the extensive gathering and the stark silence at that time proved how the entire gathering was virtually swallowing his every word with rapt attention. Through citing an assortment of references from Hindu religious texts Sri Ghosh gave a clarion call to Hindus – to become warriors casting off all uncertainties and not to remain as mere and mute commoners only.

He said Hindu Samhati has been brought forth to support Hindus engaged in desperate battles against Islamic fundamentalism, its worst anti-Hindu designs and who are also in no mood to compromise with this fiendish ploy ever. 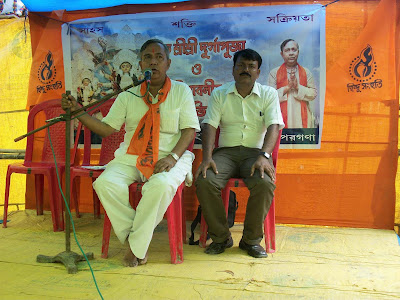 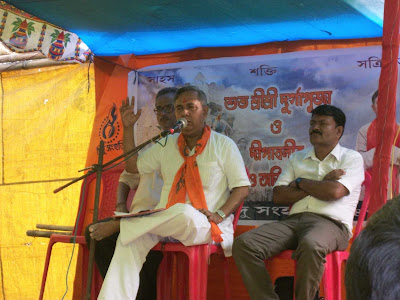 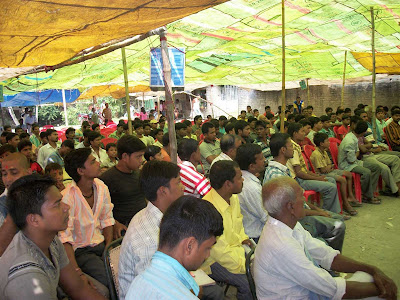 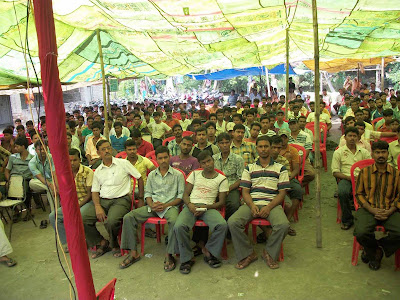 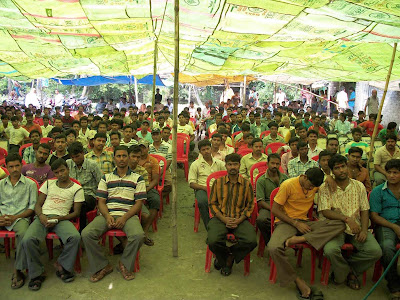