Chances do come rarely in the life of any individual or any nation or nationality. And to express own worth, stabilize identity one must exploit it best – an eternal truth; the same was done by Hindus on December 06, 1992 through demolishing Babri Masjid, devilish structure on Sri Ram Janmabhumi (birthplace of Sri Ram) throttling Hindu confidence for centuries, to break shackles of Islamic dominance once and for all in India.

What followed was a stream of blood, initiated by Muslims to teach Hindus a lesson for the lifetime for such a daring act and responded by valorous Hindus committed to ideology of No Surrender. A domino effect of it was witnessed in neighboring countries of and also – Hindus became victim of series of pogroms there (not anything new in such Islamic countries) but even after this, not a Hindu came forward to term the demolition as diabolical or mephistophelean.

It was Babur, the first Mughal emperor, under whose guidance the infamous mosque was built in Ayodhya, regarded as one of the holiest cities of Hindus (being the birth place of Sri Ram) across the globe, in 1527 and was also named after him. There have been lots of other mosques in the neighborhood but the significance of the disputed site always used to highlight the structure. From the very beginning myriad Hindu accounts have been confirming the mosque to be built destroying an ancient temple dedicated to Sri Rama.

To find a definite solution out, a series of archaeological excavations, under the auspices of Archaeological Survey of India (ASI), took place in 1970, 1992 and 2003 and each and every report has mentioned the existence of an extensive Hindu complex in the disputed site only. Only in 2003, being ordered by the Hon’ble Court of India, ASI conducted an in-depth study to ascertain the kind of structure existing beneath the wreckage and it stated officially the presence of “ distinctive features associated with………… temples of north India.” It also stated, “stone and decorated bricks as well as mutilated sculpture of a divine couple and carved architectural features, including foliage patterns, amalaka, kapotapali, doorjamb with semi-circular shrine pilaster, broke octagonal shaft of black schist pillar, lotus motif, circular shrine having pranjala (watershute) in the north and 50 pillar bases in association with a huge structure.”

Without a shred of doubt, the findings of ASI have sent a shudder through the spine of Indian brand of secularism that has compelled its greatest votaries to term the entire report as concocted. The Union Government of India is too afraid to come to a final conclusion, being apprehensive of the resurgence of true Hindutva force in Indian populace once and for all.

Here is a question. What do all said findings of ASI authenticate? It deduces one conclusion only; the entire Babri Masjid was an expression of Islamic triumph on the land of Hindus and to exhibit the ultimate supremacy of Islam over Hinduism – an intrinsic trait of the religion (political treatise is perhaps a better word!). And what Hindus did on December 06, 1992 was not a crime in any way but a religious job – fulfillment of aspirations of their predecessors.

Demolition of Babri Masjid was the perfect expression of Hindu “Shaurya” or valor that has got to be repeated at every time when Dharma is in danger – Hindus are just following footsteps of their proud ancestors. 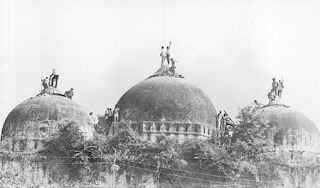 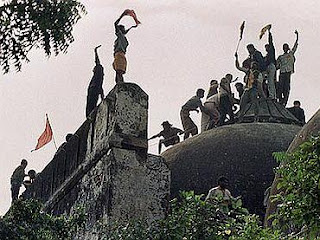