Musalmander Karoniyo ((What the Muslims Should Do) of Nazrul Islam has lashed out at Hindus extremely – ignored both by secular media and intellectuals as usual. And Tridib Chatterjee, General Secretary of Publishers and Booksellers Guild highlighted it while speaking in a related debate on 24 Ghanta (Bengali News Channel) yesterday.

The book speaks of the continual victimization of Muslims by Hindus in Bengal (?). No Hindu stalwart of Bengal Renaissance including Rammohan Roy, Vidayasagar to Mahatma Gandhi has been able to escape his criticism and as per his view, all were engaged to champion Hindu interests and harm Muslims only (?). 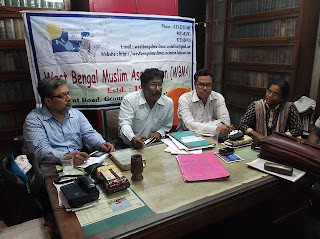 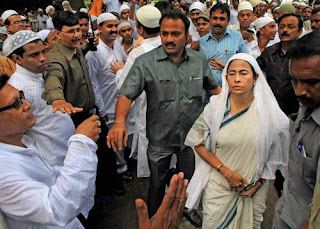