In one of the most dreadful attacks by Islamists across the globe recently, Chris Stevens, US Ambassador to Libya, along with three other US diplomats at the US Consulate at Benghazi, succumbed to death finally dashing hopes of true secularists to witness a liberal (?) Arab Spring, planning to institute liberalism and democracy in the beleaguered Middle East and North Africa. The attack was not done under the aegis of any banned terrorist outfit but general mass in the country, counted on a few months back by political bigwigs both in West and Europe to usher a ray of hope.

What has irked the Islamic Ummah leading to the brutal killing of Chris is no more unknown to the worldwide human populace – broadcast (earlier this week) of clips from an impending satire based on the life of the Prophet Mohammed and hence, sarcastically entitled The Innocence of Muslims.  According to many, the satire, created by an Israeli-American named Sam Bacile, depicting Prophet Mohammed in a sexual position with his first wife and then sleeping with another woman, is not only crude but also denigrate the Islamic religious belief.

Even if this allegation is accepted, can the death of Chris be justified?  Whatever may be the disputes, solutions can also be found but only through straight discussions and not violence – a principle disapproved by Islamists, both earlier and current rebels of Arab Spring.

Efforts to ban Bhagavad Gita in Russia evoked angry responses from worldwide Hindu community; Hindus did not remain docile but being democratic they relied on Russian jurisprudence and won the battle ultimately. But the same stance can’t be expected from Islamists – having a violent genesis and environment.

As per reports, a rocket propelled grenade attack created a fire in the US consulate and the three US martyrs were made surrender to subsequent developments.  But proving the worst fears as true, pictures of slain Chris reveal that he was raped repeatedly before his death from smoke inhalation – evidencing the true character of Islamic frenzy to infidels.

It is getting evident that by making the satire on Mohammed as a fine pretext other political games have been played. May be the real strategist is al-Qaeda baying for infidel blood to avenge killing of Abu Yahya al-Libi three months prior but the attack was also a reprisal to United States, engaged with observing 11 th anniversary of 9/11 and gloating for the elimination of Osama Bin Laden.

The following days will witness outburst of emotions for Chris, instrumental in getting the US to support the NATO air attacks toppling Colonel Muammar Gaddafi’s regime after 42 years.

Islamic world remains as it was 1500 years ago – omnipotent emblem of violence and all dastardly acts to establish a single world order; an empire where rattling cries of liberalism, democracy fall flat by nature.

If you – whether Hindu or Jew or British or German or Dane or Norwegian – desire to exist with your own identity, be prepared for the worse and for defending your own honor. If you can’t fight and win, Islamists will not let you live.

Hindus are on the march. 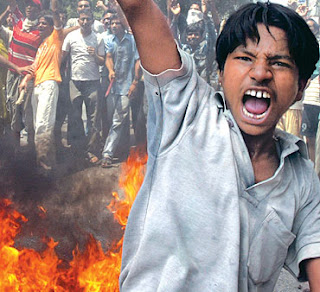 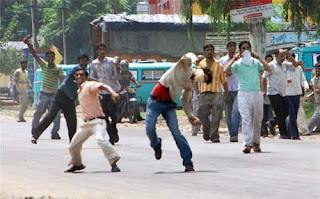 (HIndus fighting against Islamists in Jammu) 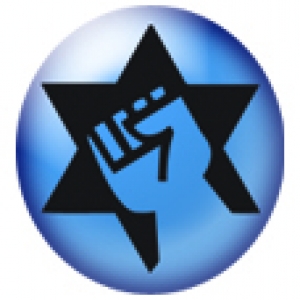 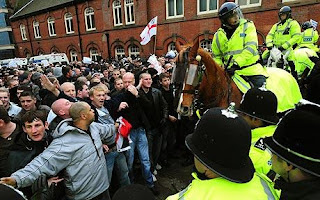