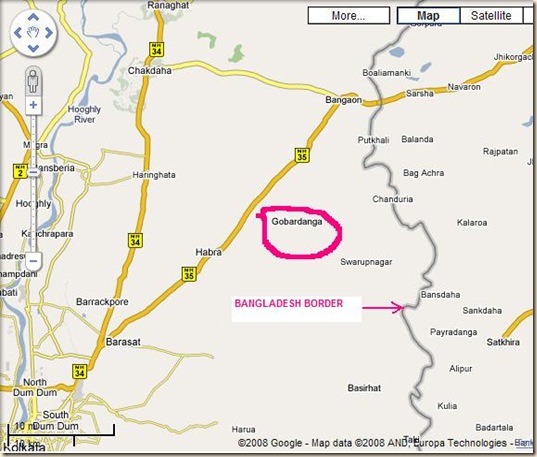 The 3 day training camp of Hindu Samhati has been successfully completed at Gobardanga Government Colony Netaji Vidyapeeth. The camp was held in Gobardanga, the oldest municipality of West Bengal, from 31/12/2008 to 02/01/2009. 152 Hindu Samhati activists (trainees) and 18 trainers & associates of Hindu Samhati participated in this 3 day long fully residential training course moduled for facing different challenges before Hindu Society. The trainees mainly came from border districts of West Bengal viz. North 24 Parganas, south 24 Parganas, Malda, Nadia and the inner districts of Howrah, Hoogly & Kolkata. The venue was also selected not far from the Bangladesh border, which is naturally trouble-torn due to Bangladeshi infiltration, unauthorized trans-border trading and horrific persecution inflicted upon the local Hindus by the fanatic Muslims, both Indian and Bangladeshi.

The inaugural session of the camp was started through lighting of the ritual lamp before the portrait of Bharat Mata and Swami Vivekananda by patriotic leader & local councilor Sri Jagadish Sarkar. Sri Sarkar adorned the Chair and Sri Chittaranjan Dey, State Secretary, Hindu Samhati, introduced the other dignitaries including Sri Upananda Brhamachari and Sri Tapan Kumar Ghosh, National Convenor of Hindu Samhati. Shri Balabhadra Maharaj, a very well kown and revered Vaishnav monk from the Maldah district, also graced the occasion with his presence.

In His in augural speech Shri Brahmachari urged the Hindu Youth to accept the challenges cast by the anti Indian elements especially by the Islamic and Christian fundamentalists before the Bharatiya Society. Upanandaji said that such challenges are the reality in India and anywhere in the world. But the Bengali Hindus will face the dire consequences immediately, if they do not begin to resist Islamic terrorism and expansionism. As West Bengal and Assam stands on the bloody borders of Islam (Islamic Bangladesh), they are going to become the immediate battleground. Before this challenge, unity and organisation is a must. But it should not be for the sake of name only, there must be a firm resolve to take necessary action. Even individual initiative of any kind is required to save the integrity and sovereignty of Hindu Soceity. Shri Brahmachari maintained that Bengali Hindus were not cowards, and even now they may change the situation in favour of Hindus by expelling the influences of fraudulent politicians misguiding the whole Hindu society in the name of absurd secularism. Shri Brahmachari urged the trainees to be the leaders and champions of their own localities so that nobody can challenge Hindu Soceity in any way.

Shri Tapan Kumar Ghosh, the All India Covenor of Hindu Samhati, energized the trainees in his own inimitable speech. Referring the Mumbai mayhem on 26/11, Sri Ghosh told, only 5 Israeli citizens were killed by Muslim Terrorists and only one Nariman House was attacked by the Islamic fanatics so far from Israel. But Israel immediately took the revenge by attacking the Gaza strip to finish Hamas outfits from its territory. The Israeli People can extend its full support to all out military action against Palestinian and other Islamic terrorists of the world. But the Hindus of Bharat i.e. India cannot compel Indian Government to start a war against Pakistan, after so many serial blasts in every corner of India with approximately 5000 Hindu casualties in this year alone. The Muslims, Christians, Communists, Congress are united in a row to appease the Muslim minorities, to make it a major power in every sphere of social and political life in India. They propagate for Madrassa Talim (Madrassa Education) to make jihadis in India by utilizing Government revenue. They give subsidies for Haj Pilgrimage and impose pilgrimage taxes upon Hindus in Gangasagar. Every where in Bengal Hindu girls are being raped, abducted, forcibly married and trafficked for flesh trade. Hindu Mandirs are being vandalized, property of Hindus are being occupied unlawfully, selling of beef is conducted openly to hurt Hindu sentiments, ritual music with drums and cybals cannot be played by Hindus before Masjids, even Haridhawni ( chanting of name of Lord Krishna ) for furanel processions are forbidden in muslim locality and before Madrasas and Masjids in many places in Bengal. All these are the symbols of slavery of Hindus in so called Independent India. There are no Dharmik rights of Hindus as Hindus have not asserted these rights through violent action and sacrifice for the cause unavailed. Giving examples of Nelson Mandela and Syu Ki, Shri Ghosh told these great personalities sacrificed years and years of their life through rigorous confinement for the liberation of African people and the people of Mayanmer respectively. But is there one Hindu Leader prepared for Hindu Liberation in the same way? Sri Ghosh assured that he is ready to sacrifice himself for Hindu Liberation. But it may not be sufficient, so more toil, more blood has to be sacrificed by the Hindu Samhati members in this new liberation movement of Hindus everywhere in Bengal and abroad.

The pre-morning session was started everyday with chanting of Shlokas from the Hindu Holy Books - Upanishads, Geeta and Chandi, by every participant followed by a ground session of Yogic Asana and Self Defence Techniques, Traditional Games etc. The brain storming sessons and other theory and strategic classes were held thrice a day. In the evening the video session was extremely interesting for all the participants in the training programme. Before the valedictory session there was an interactive session, for relevant questions to be answered in the light of Hindu Samhati’s view point. In his valedictory speech, Shri Sagar Bag, Eminent Social Activist and Hindu Samhati leader urged to carry out the entrusted responsibilities by every Hindu Samhati member. There was a blood donation camp as a part of training programme organized with the help of Life Care Blood Bank, Kolkata. 51 participants donated their blood. 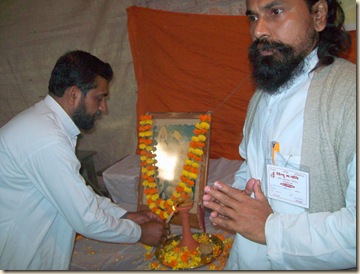 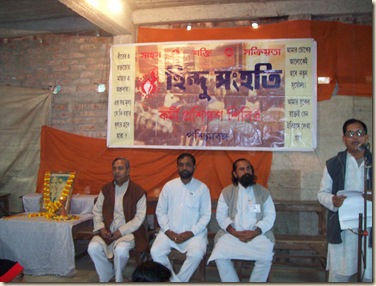 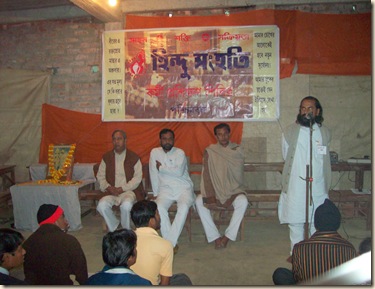 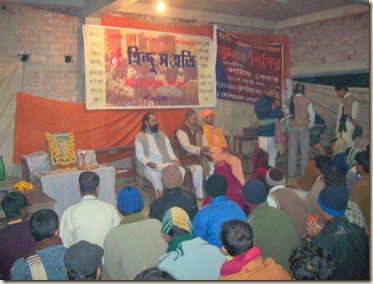 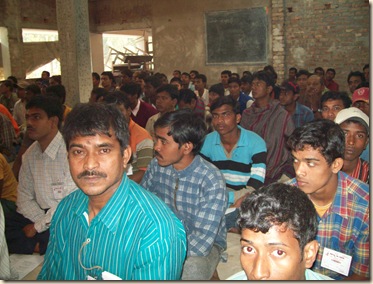 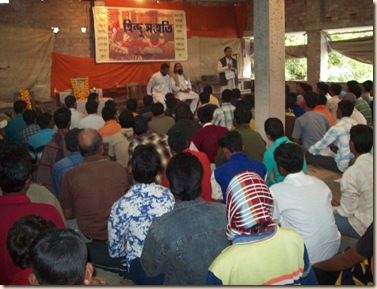 A session in progress. 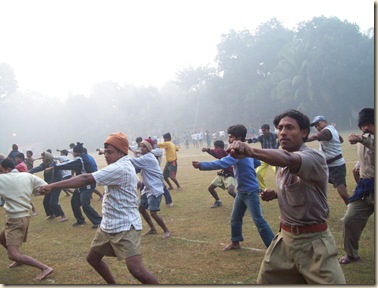 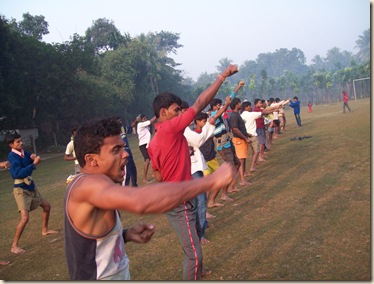 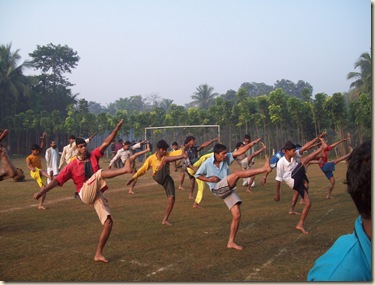 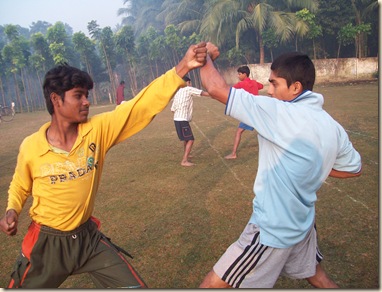 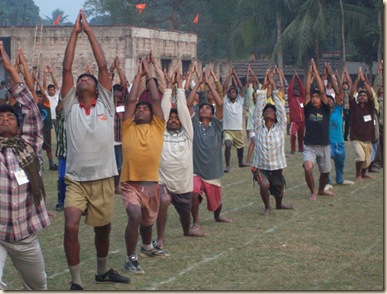 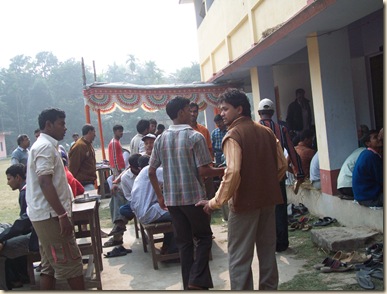 Our workers in front of the venue. 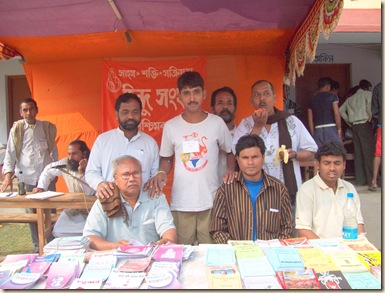 A literature stall set up by members of Hindu Samhati. 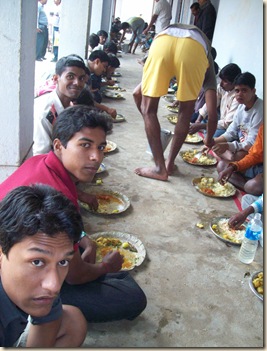 Lunch at the camp. 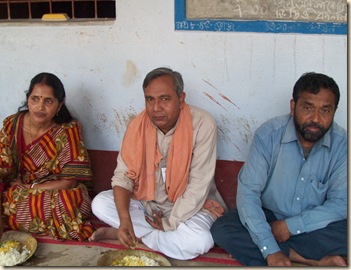 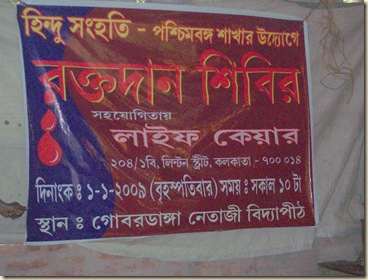 At the venue a Blood Donation Camp was also organised in collaboration with Life Care Blood Bank, Kolkata. 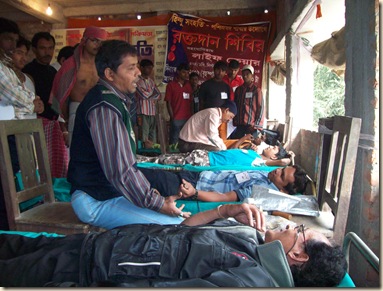 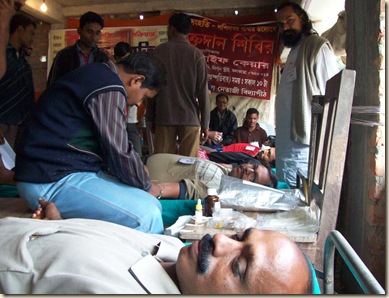 Hindu Samhati profusely thanks all the participants and well wishers from India and abroad whose participation, support and good wishes made this training camp a resounding success.

Anonymous said…
We make an appeal to the vast Online Community to come forward and register themselves as Blood Donors. Blood Donation is the biggest donation in the world. As we all know, tragedy occurs every other day and we hear about blood shortages. We cannot let people die short of blood. Our blood can give life to someone, someday. Hence, it is our duty as an Indian to stand up to the situation. Netinfobase has thus started an effort where you can register yourself as an Blood Donor and be helpful to our nation in the testing times.

Dhruba said…
these types of camps should be more in number to eliminate anti national elements from India
December 22, 2010 at 12:49 PM