January 18, 2013
Hindu Samhati’s valorous commemoration of 150 th birth anniversary of Swami Vivekananda has stirred different parts of Bengal at the same instant and the prime of it became apparent in Bagnan, Howrah on January 12, 2013.

People in throngs were found both to appreciate the endeavor and paying floral tributes to pictures of Swami Vivekananda and Indian soldier martyrs. 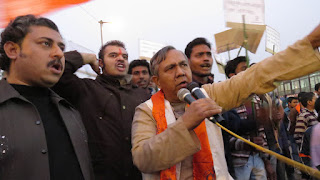 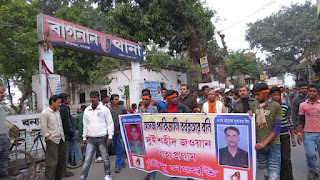 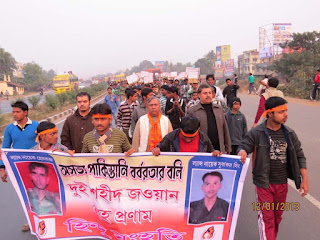 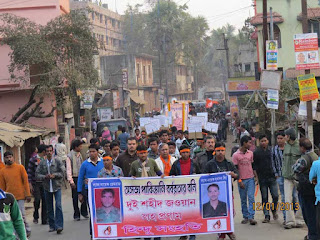