Even if a radical Muslim outfit is banned, its activists do not face any trouble to work anywhere in India thanks to weird democratic prevailing the country. The story may seem unusual to many but the Hindu Headmaster of Pouti High School, P.S. Karandighi, District: North Dinajpur is having brunt of the same.

The revered Headmaster, Mr. Sudeb Chandra Majumder, is being threatened by Sikander (infamous for being a SIMI activist far and wide), turned into a Trinamool Congress (TMC) leader by now, of dire consequences all the time these days. The reason may appear to be quite flimsy – Pouti High School, led by Mr. Majumder, has decided to have Rs. 120 as annual admission fee for Class V to Class XII. 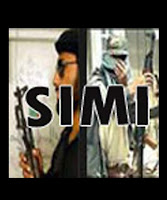