Will Hindu Temples in Malda Cease to Exist?

January 24, 2013
Hindu temples in Malda, premier district in Bengal, have become latest target of burglars and with each day it passes, more and more temples are becoming victims to theft while the administration continues to witness the horrid episode helplessly. Only on the night of January 22, 2013, four temples became victims raising the number of thefts to 12 in the last 4 days.

Who is behind this wicked design? Even if police and administration appears to remain innocent, substantial evidences prove that Muslim radicalism is being given a free rein in Malda. And it has become stronghold of illegal Muslim immigrants from Bangladesh by and large. All these factors stimulate Islamic fundamentalism to raise its head posing a grave threat to Indian integrity fast. Hindus temples in Malda have become the first casualty of Muslim radicalism, hence. 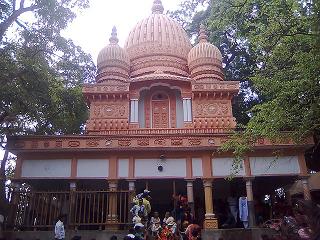 Unknown said…
One of the best site for Hindu Temples I have seen is http://www.valaitamil.com/temples.php
May 9, 2013 at 6:25 AM