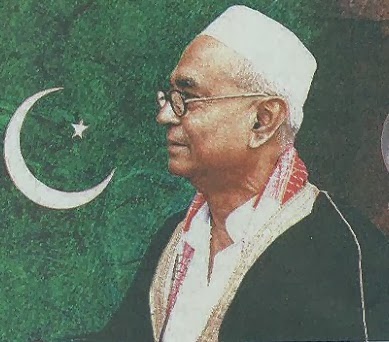 The decision to float a pro-Muslim and Dalit outfit for a person like Rezzaq Mollah, firebrand and also rebel leader of CPIM, who doesn’t miss a chance to deride the imperceptible dominance of Bengali Hindu higher castes in Bengal, is no thunderbolt. He has been known for days, if not years, to voice against weird Hindu dominance in Bengal and also for having the resolve to end it. And to give this Jihad against Hindu dominance a concrete voice, he has set up “Social Justice Forum” having all potentials to become a political outfit soon and also to contest in no less than 185 seats in Bengal’s assembly election of 2016. The first public convention of the organization took place at Rabindra Sadan in Kolkata, on February 23, 2014.

A few highly known faces were also found in the audience. They include Laxman Seth, another firebrand and rebel leader of CPIM, representative of Tapashili community and also on the brink of being expelled from the party; Sukhbilas Barma, MLA of Congress and also ex-IAS, Ali Akbar Ansari, representing backward Muslim community from Bihar and Suraj Singh Besrao, founder of all Jharkhand Students Union and also ex-tribal MLA of Lalu Prasad Singh’s cabinet. Even if Nazrul Islam (disputed IPS officer) is a staunch support of this cause, he was not present in the presence. But his absence was compensated by the presence of Hazarat Kashem Siddique or Prizada of Furfura Sharif and Pirzada of Basirhat at the conference’s podium. Both of them blessed the cause and hoped for its success.

Well, Mollah made it clear at the beginning that the outfit is not against any particular caste but against the pernicious influence of Brahmanism, a notion which is more than extinct in Bengal’s socio-political-economic structure for more than a century.  He was heard to state in the convention, “We are not against any caste. But so long as there is upper-class hegemony in the government, parties and administration, the welfare of dalits, downtrodden and minorities will never happen.” He also praised the recent statement of Dr. Amartya Sen where the globally acclaimed Nobel Laureate had argued for empowerment of backward classes.  Are there other factors to propel him to commence this political combination? It is his innate desire to empower depressed classes and perceive a Dalit Chief Minister in the state soon. He also vows to introduce a Muslim Home Minister and Deputy Chief Minister plus other backward classes (OBCs) in the state cabinet. As per him, this will end the ceaseless feudal system under the aegis of Brahmans and other Hindu higher caste groups in the state.

And through these combative endeavors, Mollah brings back memories of Shri Jogendranath Mandal, undisputed leader of Scheduled Caste Hindus in 1947, whose rebellion against Hindu upper caste then accelerated the demand of Pakistan and also inspired Muslim League to include him into its cabinet. However, this self-claimed custodian of Hindu Dalits was shown the boot when he dared to protest against the genocide of Dalit Hindus at Barisal in 1950. He was also warned of dire consequences and hence, he returned to the so-called caste Hindu dominated Indian state of Bengal and sent his resignation to Liaquat Ali Khan, the then and also first Prime Minister of Pakistan, from Calcutta Airport. Shri Mandal was the first Minister for Law and Labor in the first Government of Pakistan and also the highest-ranking Hindu member of the government.

This singular initiative brings forth several questions – will Mollah’s “Social Justice Forum” complete the unfinished task of partition in 1947 now? Will it hoodwink Dalit Hindus in Bengal through false promises? Will caste Hindus be targeted in the beginning to be followed by Dalits? Lastly – will Bengal become a new Bangladesh thus?

Haradhan Samanta said…
You are thinking wrong sir. Give us a chance to improve the situation.I myself and my all friends are with you all. We are trying our best to campaign the reality among the Hindus as quick as possible. Take strict steps. Build Hindu Sena to defend the massacre. Call us anywhere. Open up clubs or offices with the help of the local Hindu youths. Arrange more meetings. Prepare more people to speak like Tapanda. If you can't, make me your planner. I will give you or our Hinduism a new start.