Hindus in Panchla reel under terror 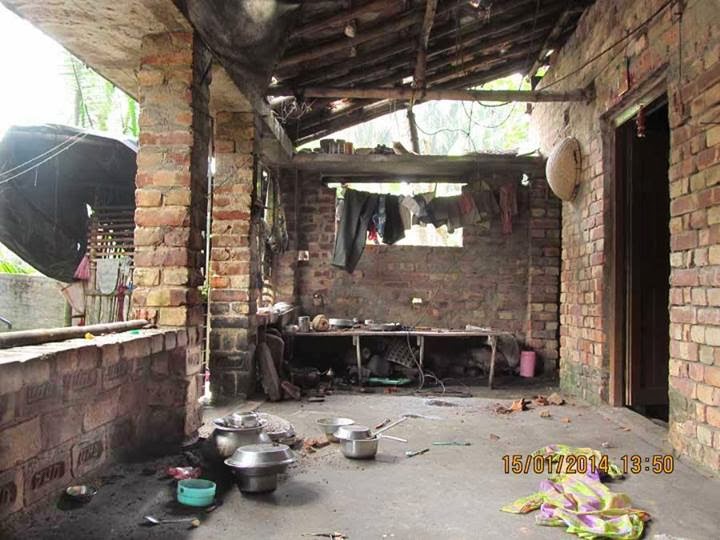 The whole of Panchla, at the moment, is staggering under a fear of death. The expression may appear to be impolite to many readers but the cruel truth can neither be avoided nor be concocted. The visit of a team of Hindu Samhati to the worst-hit areas today itself has brought such heartrending and horrific accounts out.  The earlier report was based on firsthand information while assaults on Hindus were in full swing but now the details reveal a greater horror. Contrary to beliefs that murderous assaults were limited to a handful of villages, it’s now evident that lots of areas populated by Hindus were attacked by the lethal mob simultaneously and they include the village of Biki Hakola including wards like Raypara, Kolepara, Pachhalpara, Choto Gabberia, Beltala, Daspara, Hazrapara and Gabberia Kacharigora. And all these encompass an area of 10 sq.km. Everything happened as part of grievous and premeditated strategies and hence, the brutal mob was well prepared from the very beginning to unleash the worst form of terror. The mob was armed with all kinds of lethal weapons ranging from daggers to bombs along with large numbers of bricks. 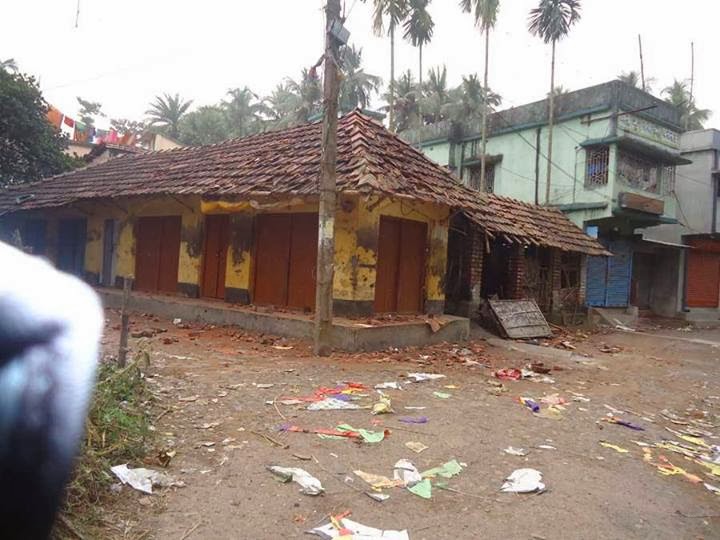 The procession celebrating “Viswa Nabi Divas” or International Nabi Day went through villages inhabited by Hindus most and once a Hindu lady objected to the high pitch sound emanating from sound boxes used in the pageant and asked organizers to lessen the volume, assaults were let loose. While tens of hundreds of bricks were thrown to residences of Hindus, let alone hurling bombs, members in crowds ransacked same houses as well. Assaults went on rising before local police force but it preferred to remain silent and this unconcern instigated felons to wreak havoc. Albeit Hindus asked police to implement apposite measures to clam the situation down, the force tracked maimed Hindus only and arrested Kalipada Sahu only after foraying his house and breaking its main door. 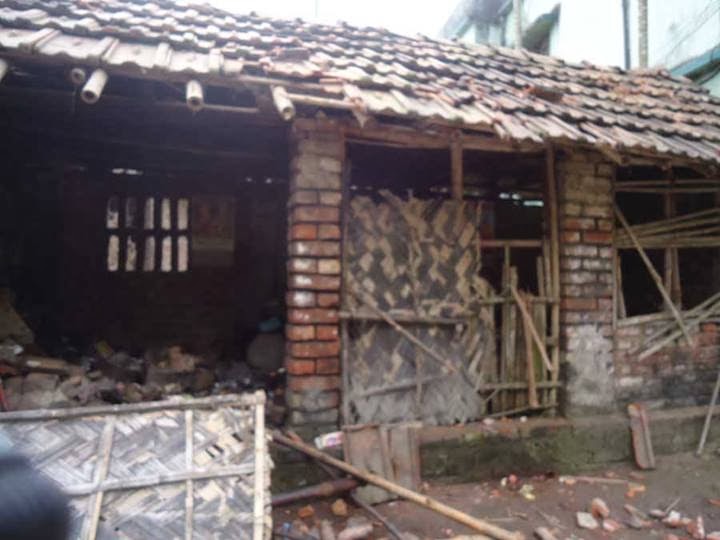 The vicious mob desecrated and also burnt Harisabha (Hari temple) at Biki Hakola Kolepara down. While a Kali temple at Raypara became an easy prey to plunders and arsons, the Hanuman temple at Kolepara was also despoiled. The following list of victims manifests the horror more.

1)   Residence of Shibnath Ray who happens to be a professional mason. After ransacking the residence, it was set to fire.
2)  House of Amar Ray – while two cows have been looted, another cow was slaughtered. Even the cistern was also not spared – it was damaged as a result of heavy bombing.
3)      Grill factory of Asit Pachhal and it was ransacked.
4)      Embroidery factory of Ajit Koley was looted.
5)    Attackers did not spare Dr. Raghu Karmakar even – both his private chamber and house were ransacked.
6)      Chicken shop of Subrata Manna was looted.
7)      A shop of selling furniture and owned by Banshi Pachal was pillaged.
8)      Shop of Gora Sahu for selling snacks was looted.
9)      Residence of Bulbul Koley was attacked, bombed resulting in injury of a cow within the house.
10)      Fields of betel leaves in both Hazrapara and Daspara were destroyed. 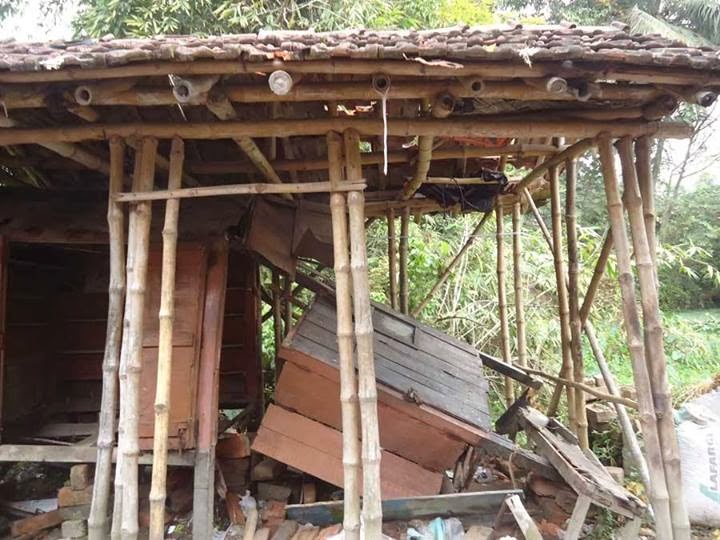 The police force in the area left no stone unturned to harass the team of Hindu Samhati but it managed to collect facts and a few photographs.