Central Kolkata, Anandapalit (CIT Road) – Entally area, remained witness to a sudden flare up between Islamists and Hindus on the evening of Maha Saptami. Torture of Islamists on cows and Hindu defiance to resist it added fuel to the fire.

All these happened when on earth a few Islamists were witnessed to torture two cows immoderately. As per locals, the culpable crooks entered the narrow road from adjoining CIT Road, known for remaining busy incessantly and under a strict surveillance of police, and were both pulling and compelling cows (unwilling to move a bit even – perhaps due to ill health or fatigue) to walk. When such attitudes of cows were ascertained, Islamists, being ideally insensate, started beating them mercilessly, especially the cow tied before a temple and a Durga Puja Pandal. 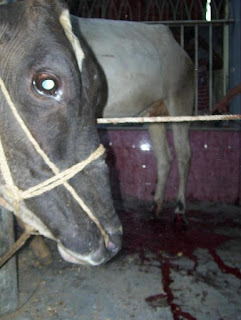 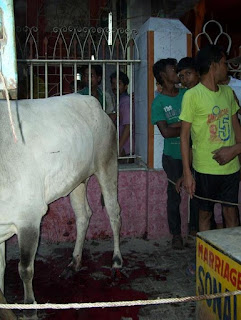 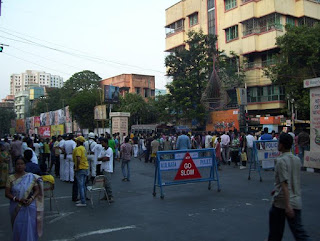 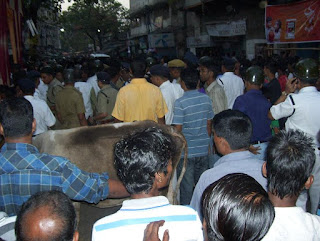 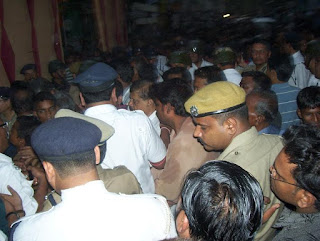