March 26, 2014
Yesterday 25 March Amay Bhunia of Sandeshkhali got bail from ACJM court at Basirhat. Today 26 March Hindu Samhati vice president Bikarna Naskar was to escort Amay Bhunia to his home at Sarberia. It was expected that many Hindu youths would accompany them. Police applied all tricks so that Amay cannot go to his house keeping his head high. Police threatened Bikarna not to enter the area. Everybody understands that Sandeshkhali police is acting as puppet of TMC leader Shajahan Seikh. This district North 24 Parganas police is always hand in glove with criminals - recently arrested and released on bail - the notorious criminal Abdul Barik Biswas - is an example of it.

BUT BIKARNA NASKAR WAS DETERMINED. HE TOOK THE CHALLENGE. 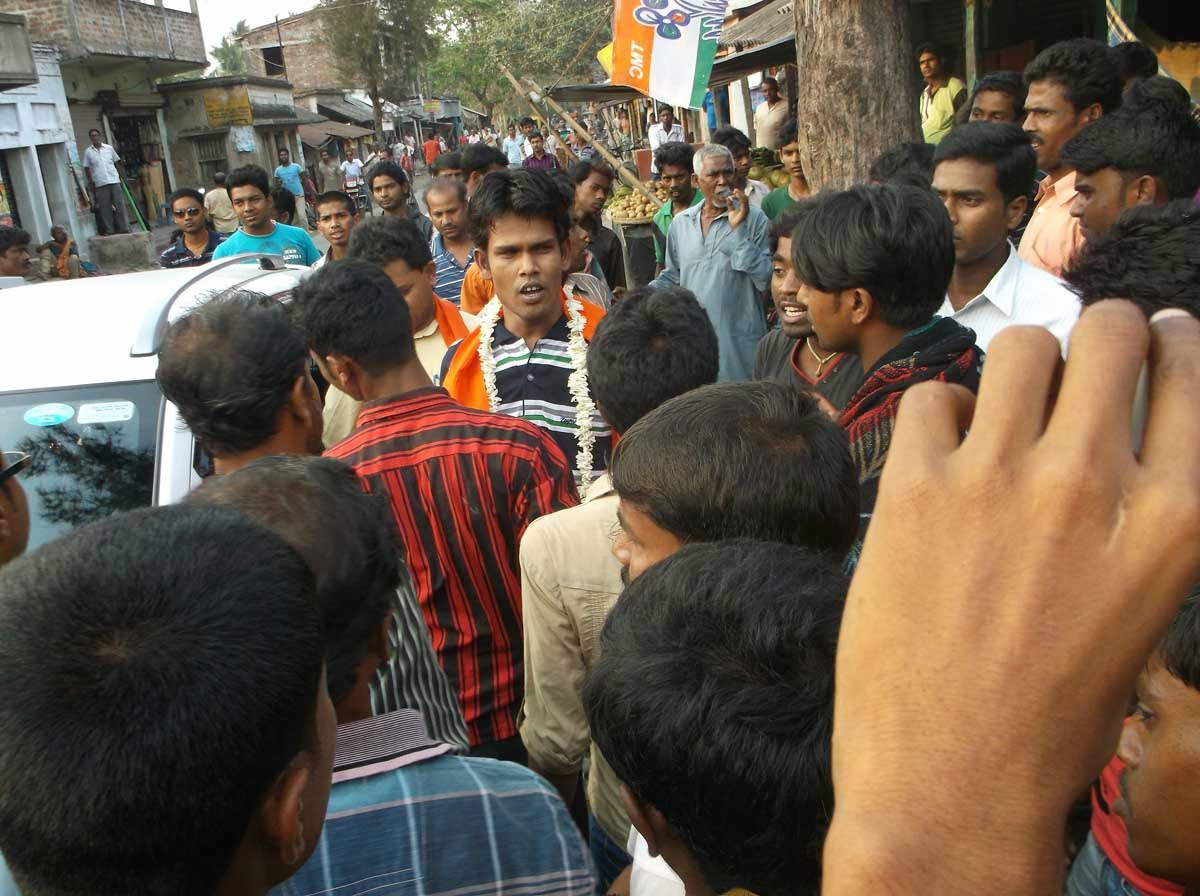 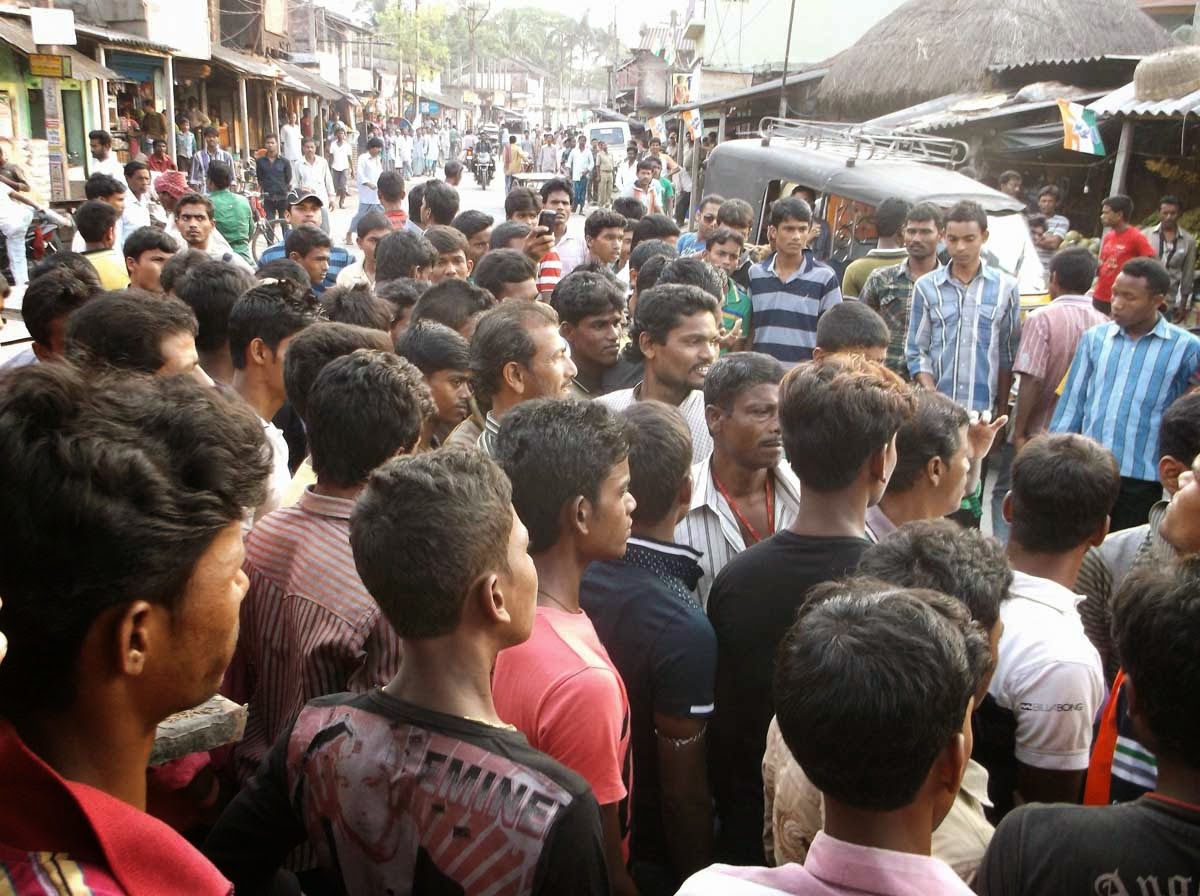 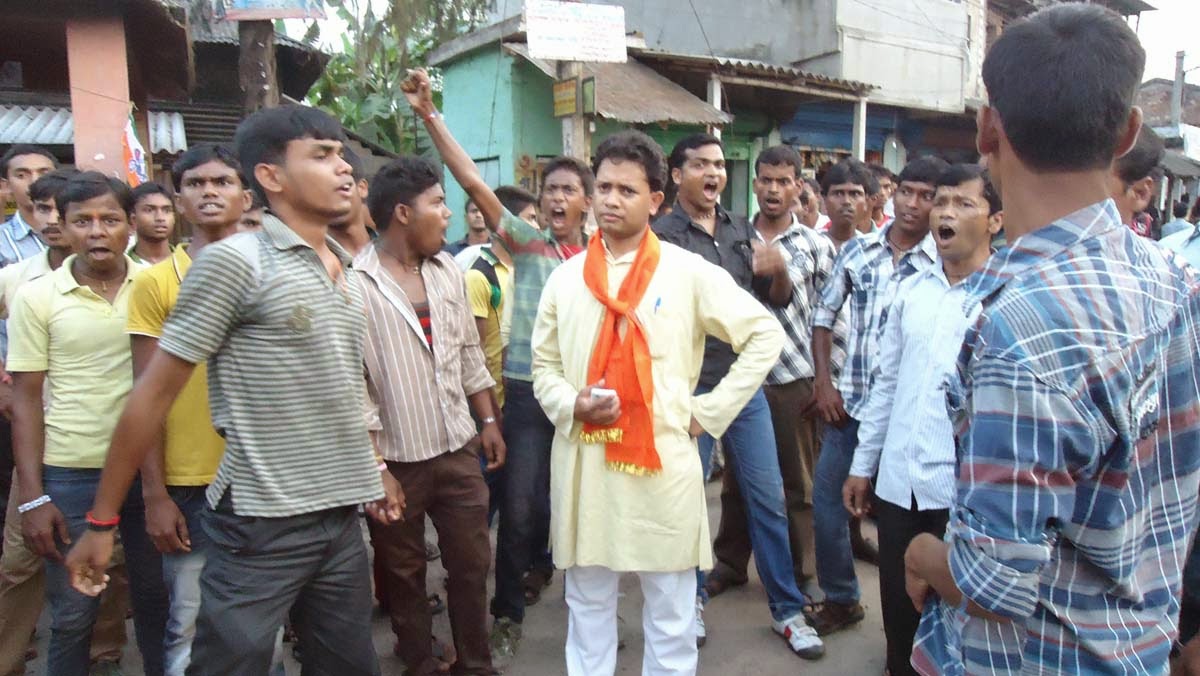 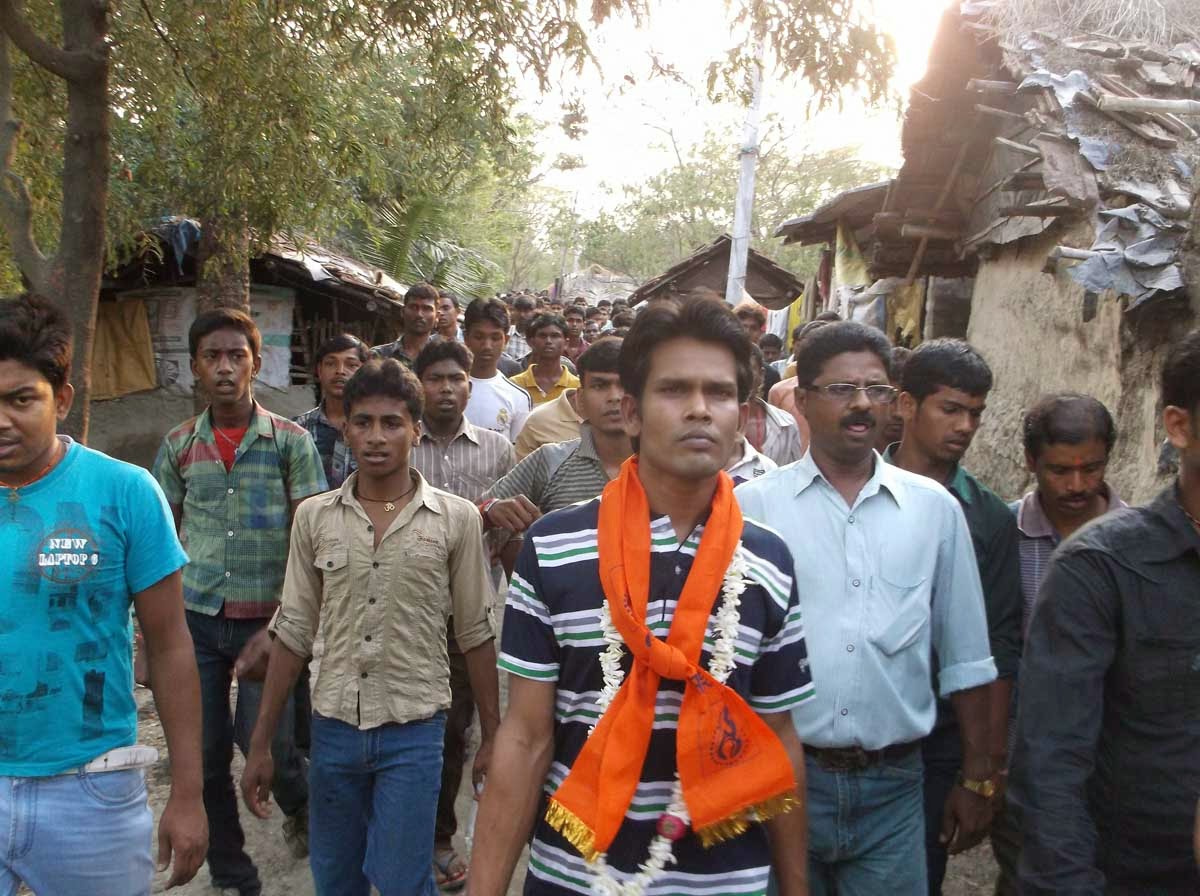 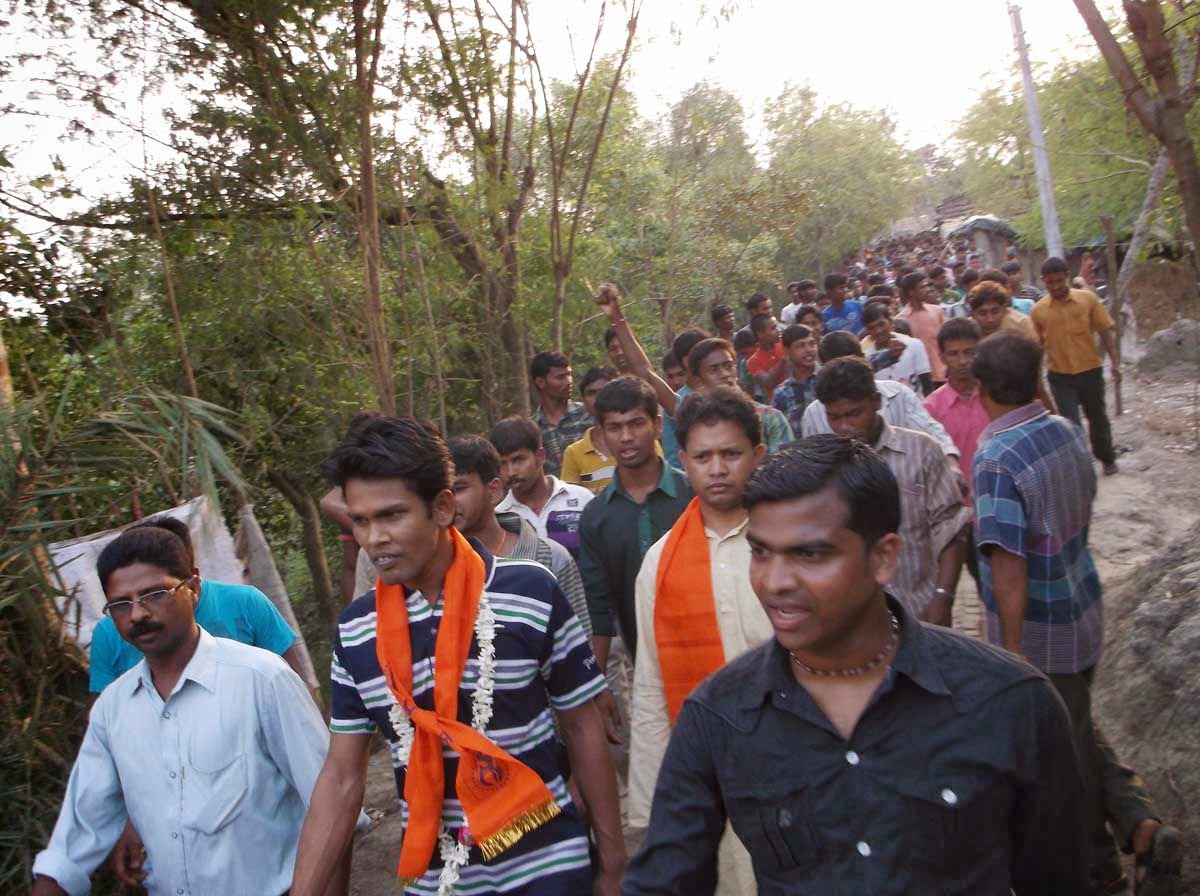 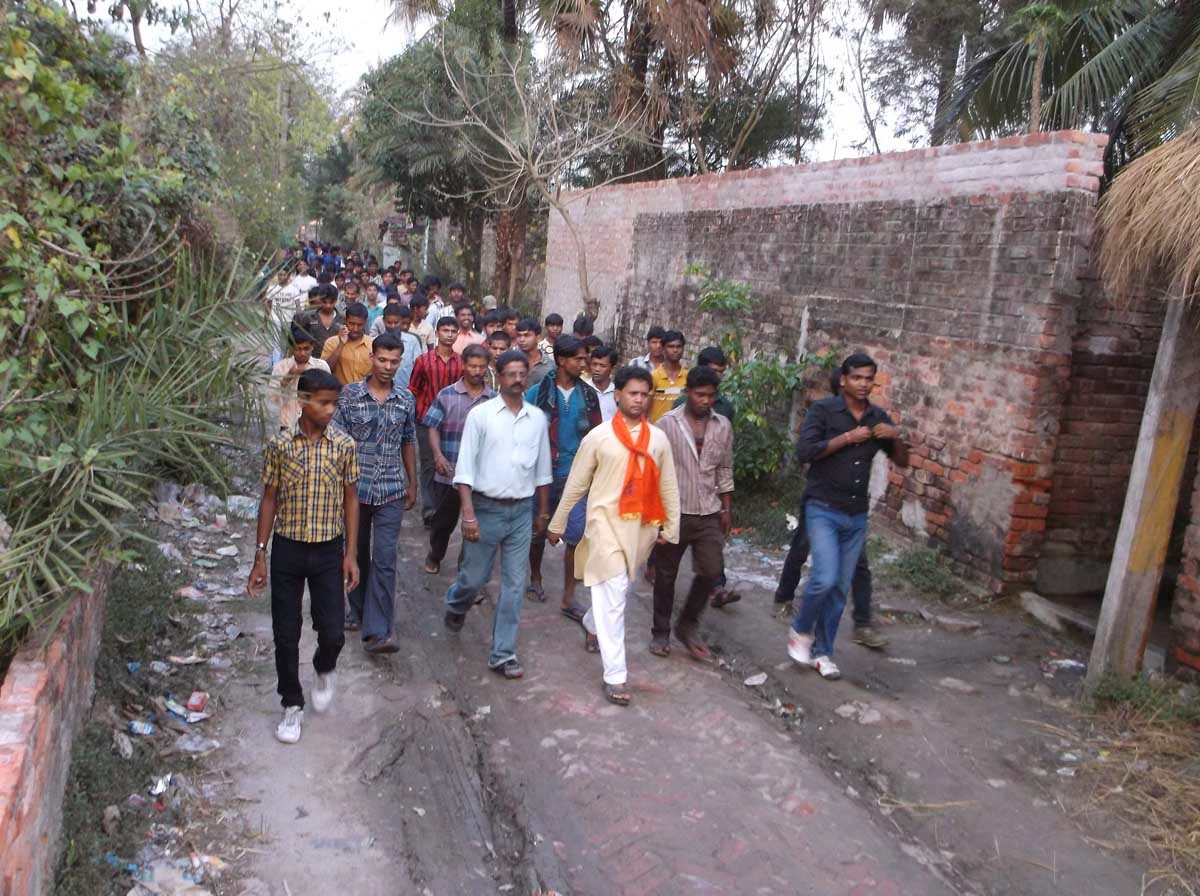 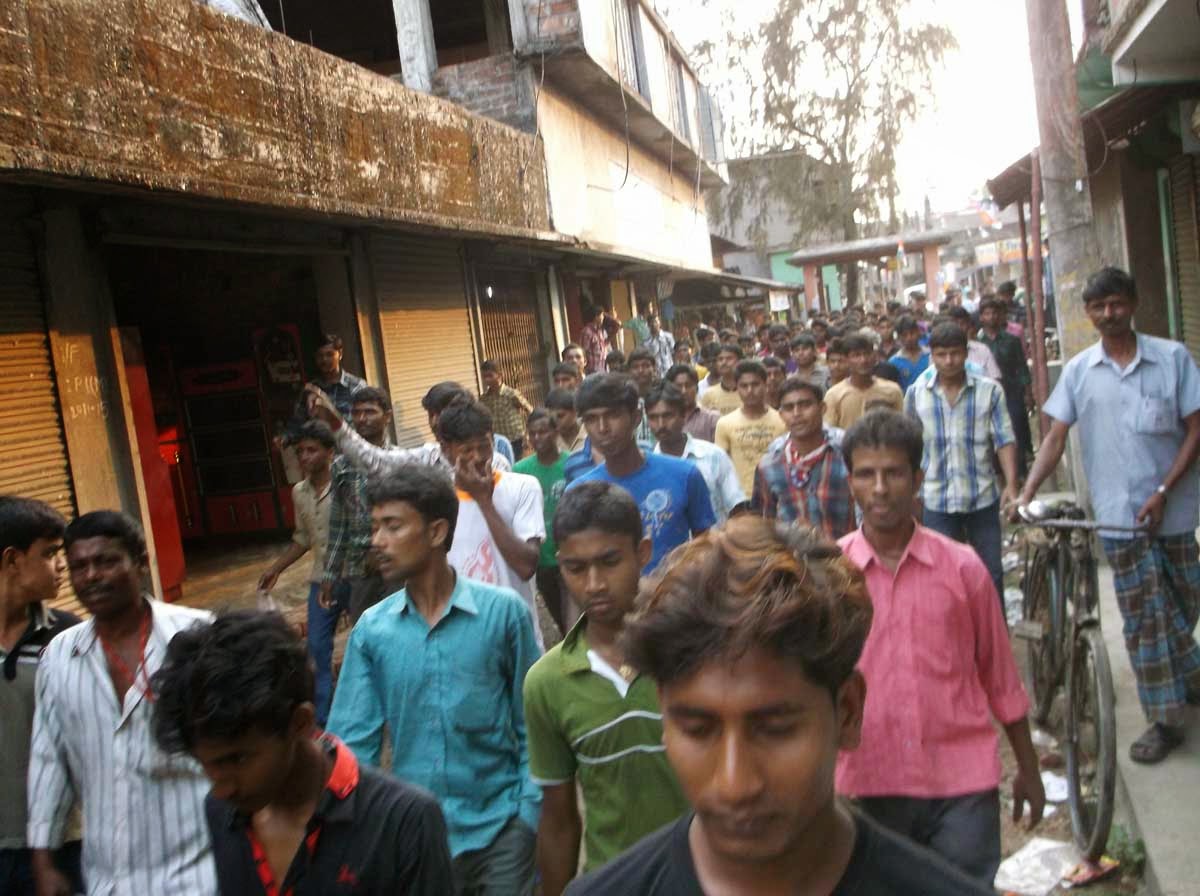 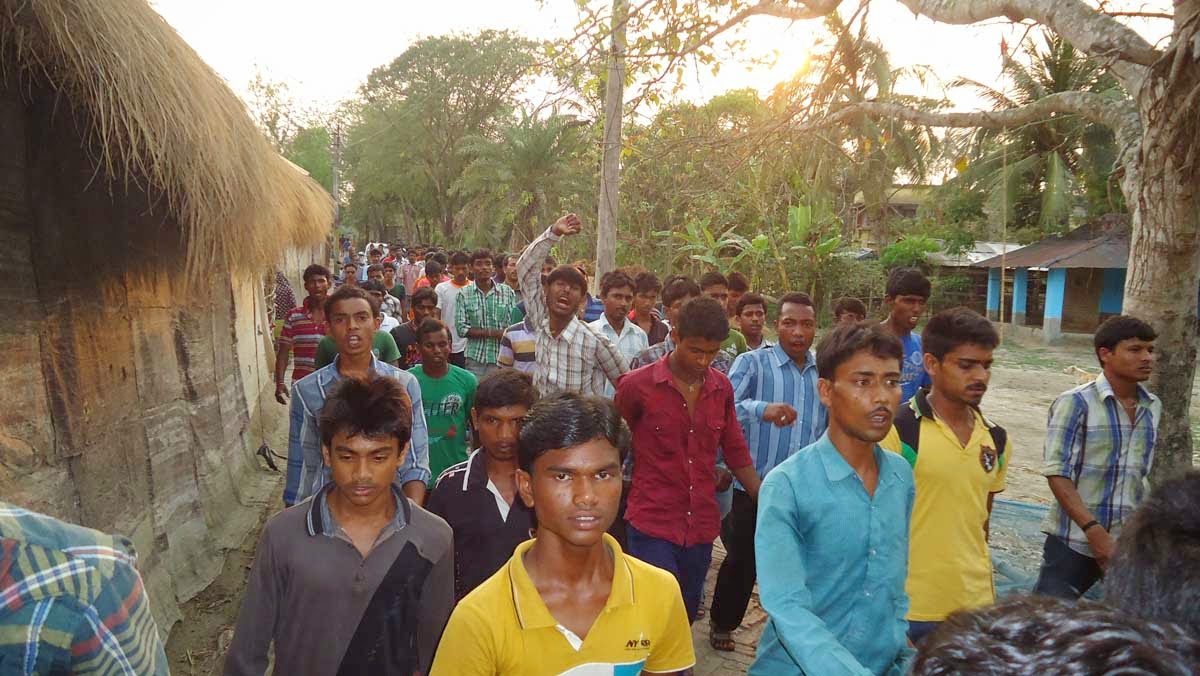 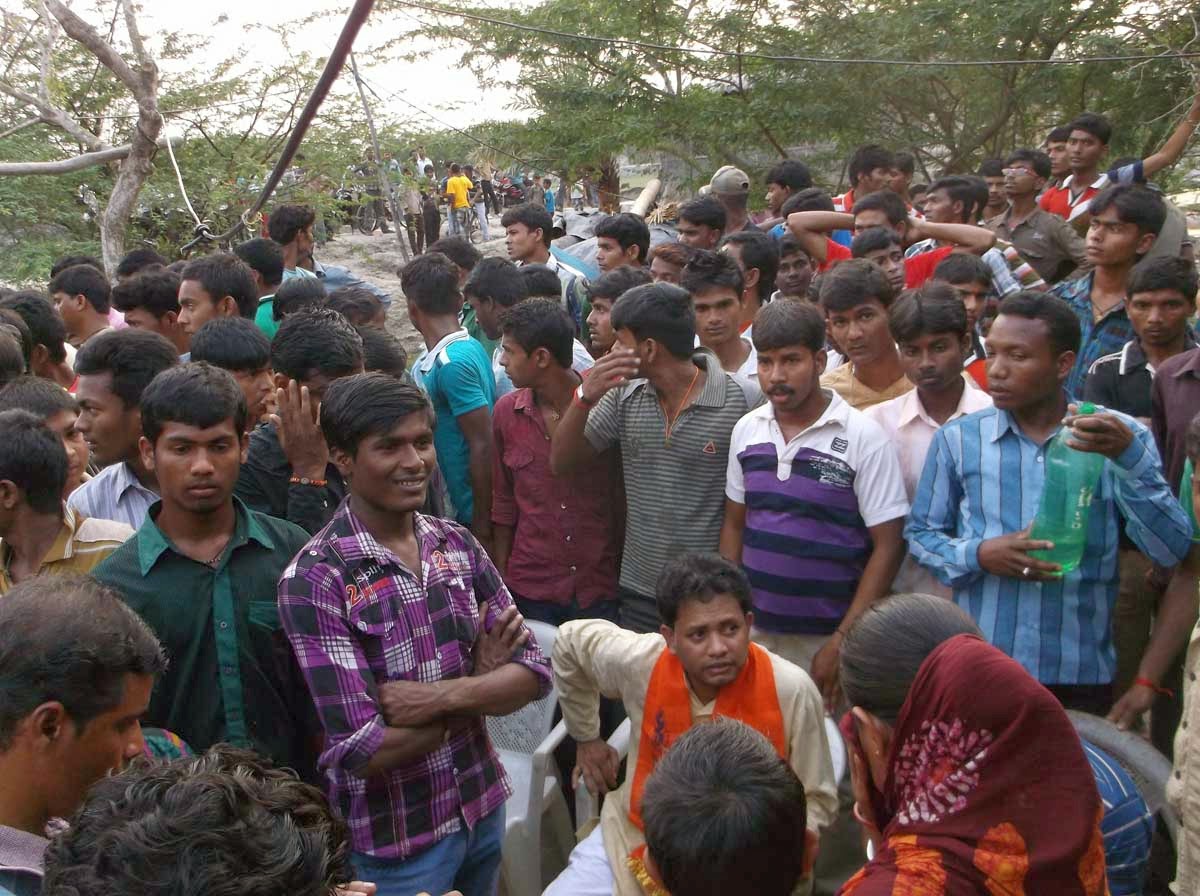 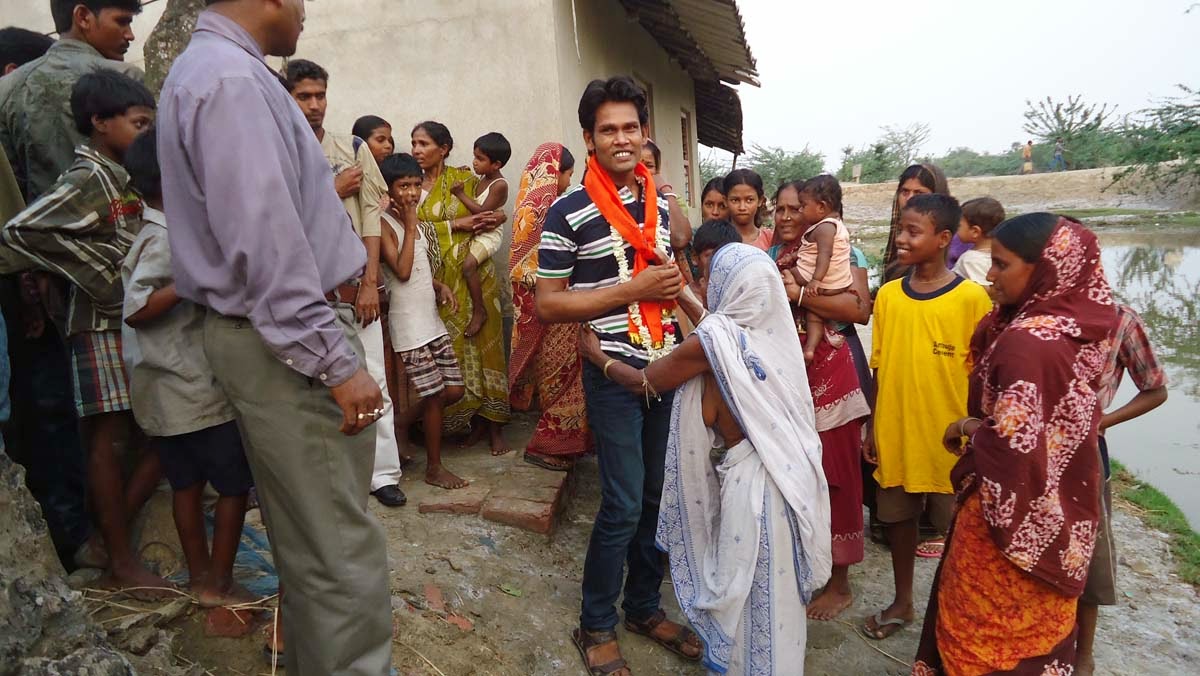 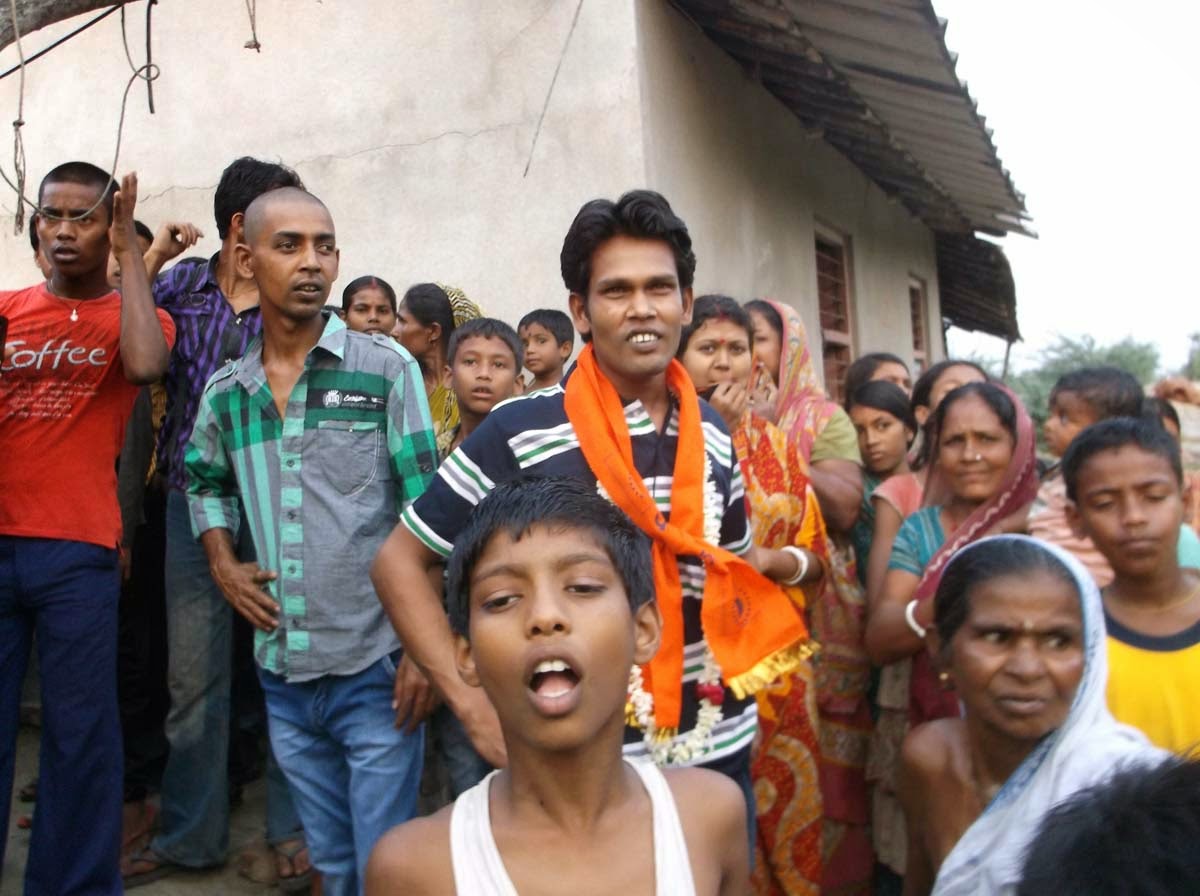 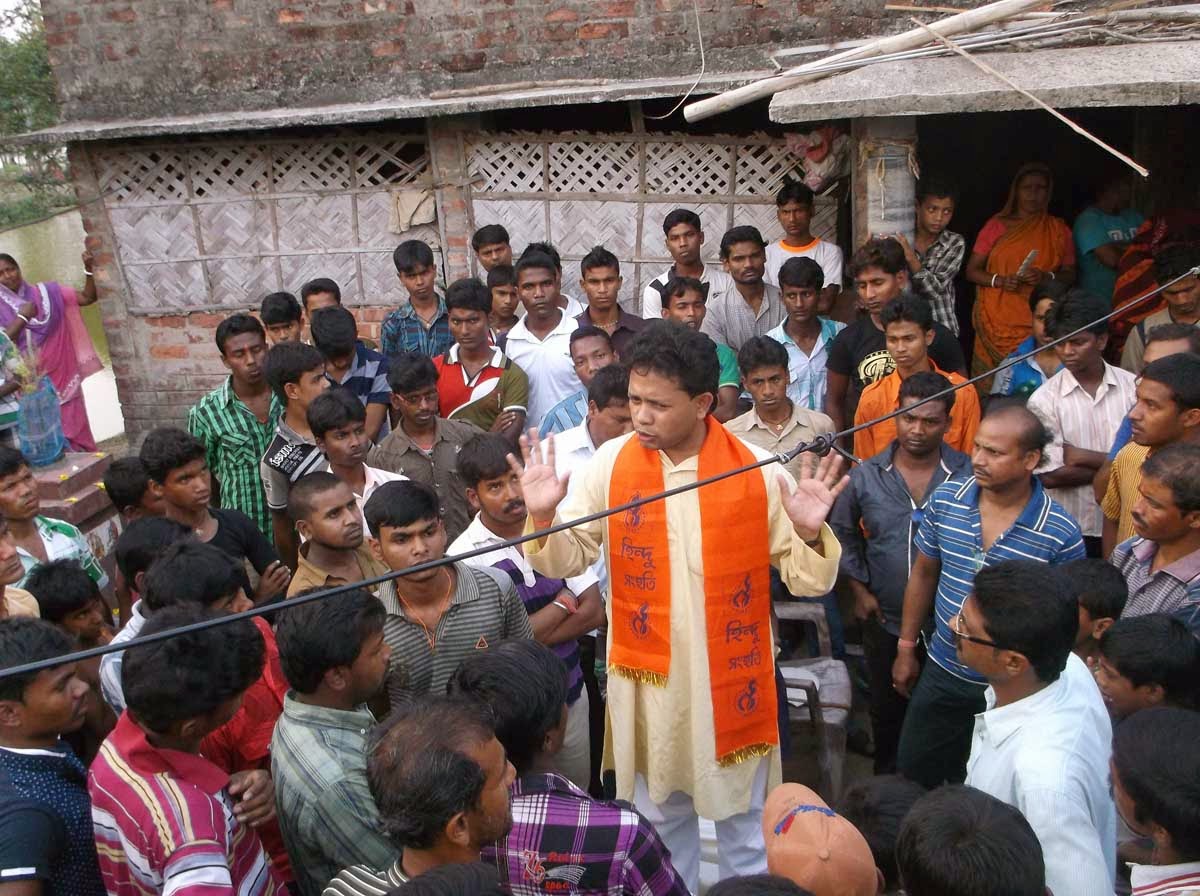 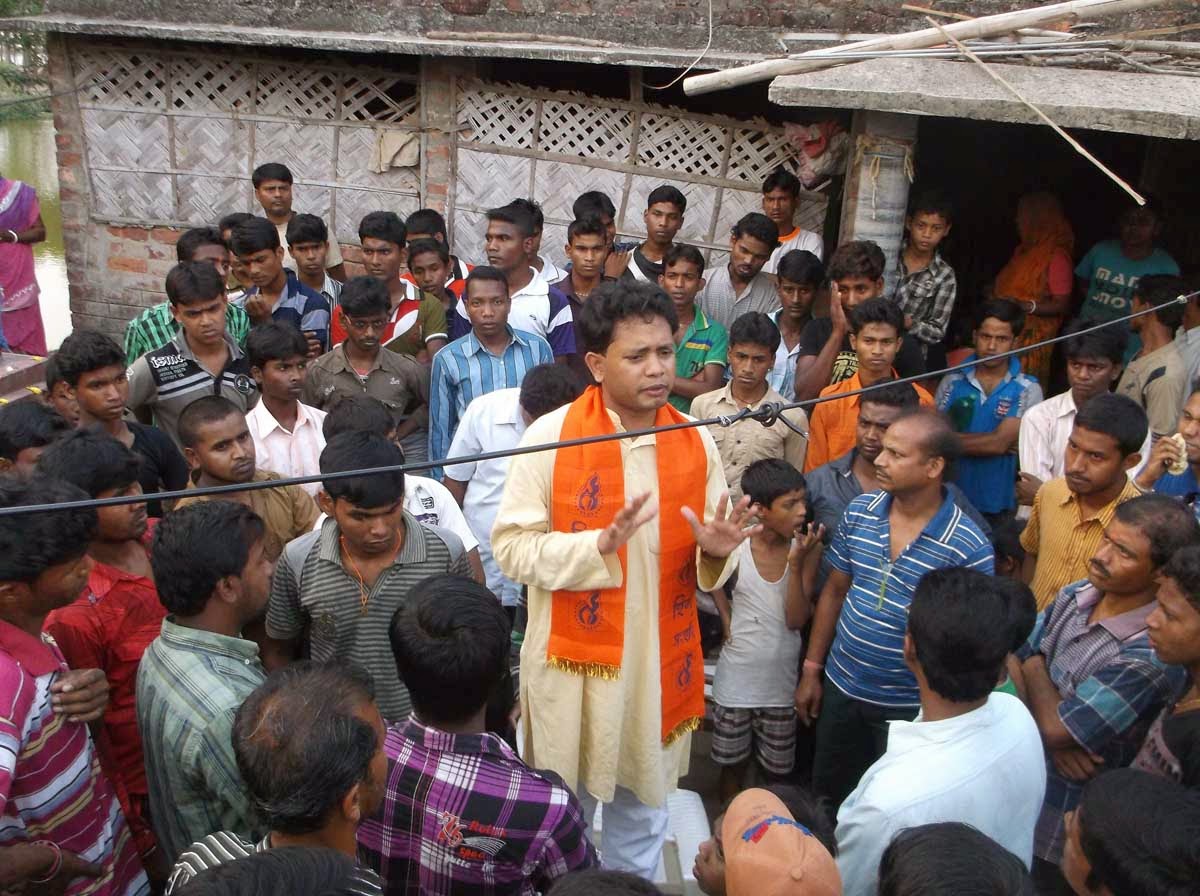 Ultimately Bikarna WON THE BATTLE OF NERVE. He became successful to accompany Amay to his home along with 200 Hindu youths who gathered at Rajbari to receive and greet Amay. Local people received Amay with much affection. Shajahan Seikh and Police's conspiracy to suppress and silence Hindus failed. Today since afternoon Shajahan Seikh's TMC party office was vacant. Huge police and RAF were deployed at Rajbari and Sarberia. They guarded the procession, perhaps in anticipation of violence.

But, as if as vengeance, just after Amay reached home and Bikarna left the place, Officer In Charge of Basanti PS Mr. Koushik Kundu, along with 2 car load RAF, raided Pratap Hazra's house at Kumrakhali. Finding nothing objectionable, they had to retreat empty handed.