Vitiated secularism must be defeated for Hindus’ existence in Bengal 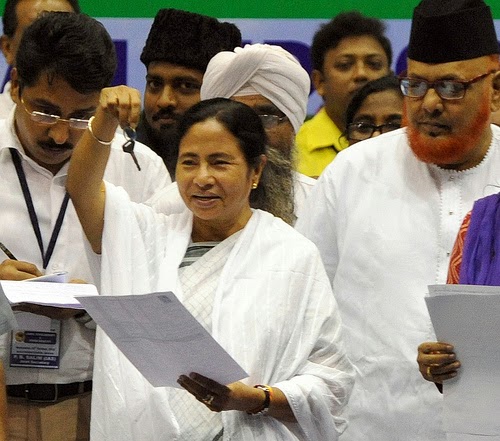 When the article “Maulana Barkati’s stint as political mentor to seculars kicks off in Bengal” was published in this website a couple of days back, many people were found it as an incitement to riots in the state. However, none of them was found to state it as faulty or highly partisan or even based on myths. The message was therefore clear that even if the article was corroborated by readers, they hesitated to accept the bitter truth that Bengal has sunk so low or an overt competition between political parties in Bengal is going on to stoop as far as possible to garner confidence of the principal minority community. Well, publication of the interview of Maulana Nurur Rahman Barkati, Shahi Imam of the Tipu Sultan Masjid and known to have a strong influence on Muslim voters in the state, in “The Hindu” – reputed English daily in India with leftist leanings has silenced all detractors of the abovementioned article. In a nutshell, the interview substantiates worst apprehensions expressed in the same dissertation.


The venerated Shahi Imam of one of the principal mosques in Eastern India has expressed his notion of secularism which is none save for a notion beneficial to Muslims in the state. And to preserve it as well as proffering the best opposition to the mounting clout of Hindus across India, Mamata Banerjee, Chief Minister of Bengal and also Trinamool supremo, seems to him as the best warrior. When asked briskly of his views by the scribe on the need of secularism and also of the secular parties, he stated clearly of his confidence on a gamut of parities including the Trinamool Congress, Samajwadi Party, Bahujan Samaj Party, Congress and even the newly founded AAP (Aam Admi Party), famous more for its focus on rumblings every now and then. CPIM is not fit to him for failing Muslims in the state forming 30% of the state’s population. Now the old question is put up again and it’s of the selection of Mamta Banerjee by Shahi Imam among all secular stalwarts. It’s the latter’s assurance to fight tooth and nail against the triumph of Hindu “fascist” forces in the impending election and also her pledge to him to foil all their strategies.

There are enough reasons, therefore, to pin Mamata Banerjee on fast worsening communal situation in the state. As per records, the number of communal clashes that went up to 40 per year between 2008 and 2012 climbed up to 106 in the year 2013 and police records state that the majority of victims were Hindus, deserted by the local administration under instructions from higher levels of state government. According to an official of Bengal Minority Affairs Department (on condition of anonymity), following the onset of Trinamool regime in Bengal, more than 400 Islamic NGOs have come forth in the state and this novel force together with 595 government-recognized madrasas wreak havoc when needed.

Perhaps, there is no more need to explicate the issue – weird and vitiated secularism poses the greatest threat to Hindus in Bengal. If it is not overpowered now, no second chance will be left to focus on it again.