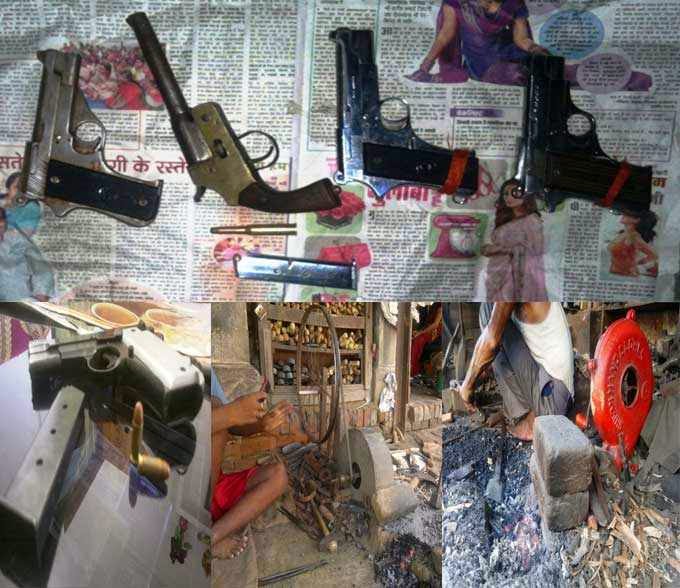 Bengal administration’s worst fears that the state heads in the entire country in stocking illegal arms and ammunitions, enough to dismantle the entire police force if used together, are coming true. The success of police in retrieving a few of them in the district of Murshidabad has cleared the upcoming parliamentary election’s mandate that no stone will be left unturned to have success and application of violence through stockpiles of arms and ammunitions will be the first and foremost option.  In the last few days, the district police had conducted special raids in search of illegal firearms and emerged with stunning success in the end. Through investigations in the areas within the jurisdictions of Jalangi, Raninagar and Domkal police stations, the police force got hold of 11 firearms and culprits including a Bangladeshi national involved in at least eight cases of murder. Two of the arrested criminals have been found as local dealers of weapons.

According to the district police, a person named Al Amin with one 9 mm pistol and a few cartridges was arrested from a den in Domkal. It is alleged that Al Amin lives in the village of Noapara within the district of Meherpur in Bangladesh and he was in charge of operations at Thanarpara area in the district of Nadia. He is involved to 3-4 cases of murder in the area and one murder in Bangladesh too. He used to live in the area of Kamardiar within the Domkal police station’s jurisdiction as Suman Sheikh. Al Amin alias Suman Sheikh is having an Indian voter card as well.

Mohammed Kutubuddin Sheikh and Jalimuddin were arrested from the village of Kaligunj within the Domkal police station’s jurisdiction and with firearms including one rifle, two 9 mm pistols, seven rounds of cartridges and 24 bombs. Mohammed Kutubuddin Sheikh and Jalimuddin inhabit the villages of Sahadiar and Muraripukur within the Domkal police station’s control respectively. On the word of police, Kutubuddin Sheikh is a dealer of weapons and is also known for merchandising arms prior to any election. Another criminal named Jasimuddin Sheikh was arrested from the area of Shiekpara within the Raninagar police station’s jurisdiction; two firearms, 23 kilos of ganja and one stolen motorbike was recovered from him. Jasimuddin Sheikh, as stated by police, has years of experiences in the trade of illegal firearms. 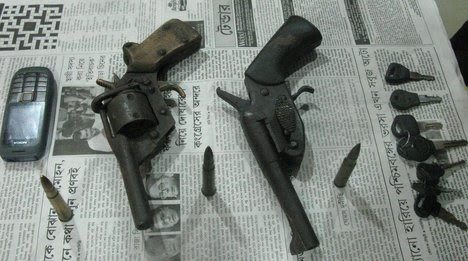 While speaking to the press, Humayun Kabir, Superintendent of Police in Murshidabad, had stated that the investigation under the aegis of Arijit Sinha, SDPO of Domkal, was a unique success. The operation recovered 2 muskets, a single-barreled rifle, three 9 mm pistols, 6 one-shutter guns, 22 rounds of cartridges and 5 magazines. 4 people have been arrested while 56 firearms have been retrieved in the district yet as part of retaining law and order. The search operations of police will go on till the Lok Sabha Election to maintain rule of law.

Even as congratulating the police team of its astounding success, it must also be mentioned that the search operation has brought forth a cruel reality as well. It is no more an allegation that Murshidabad has become the largest storage of illegal arms and ammunitions in the state and thanks to its proximity to the international India-Bangladesh border, the entire network is maintained by radical Muslim outfits to vent their anger against India at any opportune moment.