March 22, 2014
"Freedom is not absolute, if you don't defend it, you lose it. If you give in to the threat of violence, there won't be less violence, there will be more." – indeed a fine speech depicting the cruel reality and it was said by Salman Rushdie at the concluding dinner at the two-day India Today Conclave at the Taj Palace Hotel held in 2012. No sane individual across the globe, learned enough as regards the changes of history and ups and downs (portraying the developments one has got to through for ever and a day), can ever deny its authenticity. No victor or even loser can also rebuff this genesis of struggle. Nevertheless, Hindus prove to be defiant (in this case at least)! 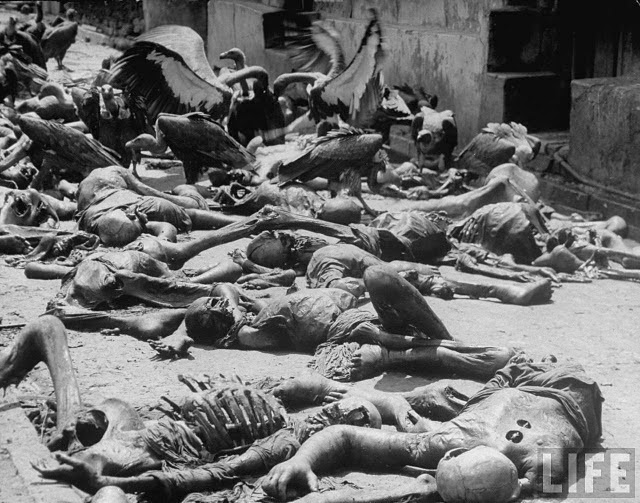 Hindus, especially Bengali Hindus, being confounded and suppressed by many factors ranging from the weird saga of secularism to Islamic fundamentalism, remain candid enough to deny the same. Why? Here is the answer – Bengali Hindus have never learnt from history, they do not have the basic idea of the teachings of Hinduism and hence, how to cope with the changing reality and make use of it to sustain its own identity and true independence (not giving in to its perpetual antagonists – Islamists in reality). Bengali Hindus, thus become the perfect epitome of the aphorism of George Santayana, “Those that fail to learn from history, are doomed to repeat it.” And the Bengali Hindus go on repeating the same mistakes again and again; perhaps the same will take place till their doomsday.

Is this scribe becoming too pessimistic?  Or is he too harsh to say the aforementioned words? Or is there any hope still? Well, the scribe, also being a Bengali Hindu, can certainly paint a rosy future. Sadly, he, being conscious of history and also of the fast deteriorating reality, can’t state any such. Self-deception is bad and also harmful. Isn’t it? What else can be said witnessing the morale (down in the mouth), imbecility, ignorance and gutlessness of Bengali Hindus?

Do the Bengali Hindus know their position really? The truth is – they are on the verge of extinction; their religious and linguistic identities have become rib-tickling or simply laughable. Bengali Hindus, from 1947, divided into two countries mainly, India and Bangladesh, have been illustrating their gutlessness with each day it passes. Without doubt, Bengali Hindus suffered highly during the British hegemony owing to their recurrent protests, agitations and also rebellious approaches to dethrone the foreign, imperialistic rule. 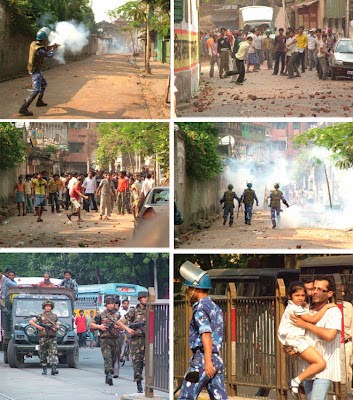 What did they get in return? The defiant community became the last casualty of British Empire; they were divided into two dominions of India and Pakistan. And in Pakistan, from its inception, they did become the sole target of religious persecutions. The condition, instead of improving in Bangladesh following 1971, remained the same (in the initial years) and by now it has become an all-time low. Population of Bengali Hindus (29% in 1949) there has come down to mere 10% and not a day is there when no atrocity on Hindus come to pass. Yet their counterparts in India, instead of mulling over these naked facts, prefer to remain reluctant and occupied in their own affairs.  What they do not know is that by remaining silent they are moving to their own death sentences faster.

The condition in West Bengal, to be precise, is out of the frying pan into the fire. While their descent was under a carpet thanks to the crafty Left rule, it is highly discernible in the existing regime.  Myriad reports have already been published in this website portraying how the Bengali Hindus are being thrashed, persecuted in their homeland, created in the harrowing days of partition (in 1947) to steer clear of the juggernaut of Islamists. But the gradual (and sometimes fast) illegal migration of Islamists from across the border into India, went unnoticed by them, especially the Bhadralok, going on for decades have turned them into a minuscule proportion in various parts of the state.

The condition of Bengali Hindus in Assam is no better; nonetheless, their foremost fault has been to seek leadership from the dying Hindus in Bengal. And the same deduction goes for Hindus in Bangladesh too. Bengali Hindus are basically bigmouthed and they, if there is any chance, can spend hours through talking of crises ( of various forms) in an assortment of areas, whether it is Argentina or Russia or Hispanic nations or even BRICS or banana republics. But they remain hesitant or apprehensive to raise voices for their own interests. 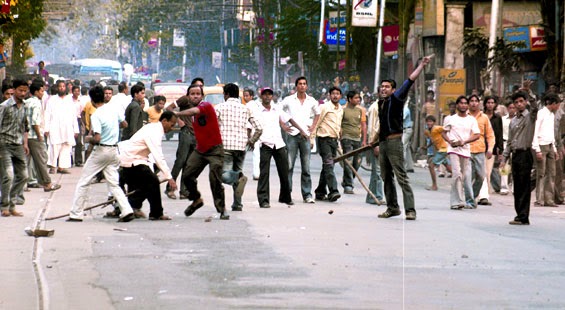 How many Bengali Hindus have been heard to protest against the recurrent and steadfast muscle-flexing tactics of Islamists in Kolkata even? Not a single one; if there is someone even, he/she prefers to remain vocal within the four walls in own abode. Who will lend his/her ear to such cowards? No one; life, indeed, is very fast nowadays and hence, no time can be given to cowards. There was a time when, being influenced by Swami Vivekananda, lost valor of Bengali Hindus was restored. Physical culture became order of the day and as per history, on the strength of same discipline and valor, racial extermination of Bengali Hindus in August, 1946 was averted. What will happen now is too obvious. Days have changed and the ideals of Swami Vivekaknda do not attract Hindus youths anymore. Ipods, laptops and cell phones have become the latest fashion icon among them. And none of these can save people from the impending catastrophe.

People who are dreaming to make their lads or gals technocrats or bosses in IT world must bear in mind that refugees have no identity, none cares for them (millions of Bengali Hindus can testify the same) and virtually, any refugee is a persona non grata in each territory.

While more and more areas in Bengal are getting vulnerable to Islamic onslaughts, Kolkata is also having the same destiny - high-handedness of Islamists and their hostile challenges to the administration and capitulation of the later each time makes all apprehensive of the worst. If it remains unchecked, Bengali Hindus will become refugees once more; the only option, then, will be nothing except self-annihilation (en masse). To call the mounting danger a halt, Bengali Hindus will have to clutch at straws now – this is the last time, there will not be the next one ever. 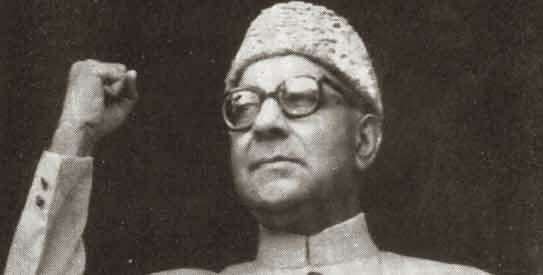 Nawabzada Liaqat Ali Khan, Prime Minister of Pakistan later on, elucidating the implications of the Direct Action threat, said, “Direct Action means to non-constitutional methods, and that can take any form which may suit the conditions under which they relieve. We cannot eliminate any method. Direct Action means any action against the Law.”