Hoping Muslim votes only in Bengal …..

March 10, 2014
What is the best way to earn confidence of Muslims in Bengal? This single yet specific question is afflicting political fraternity in the state cutting across political lines. To earn overwhelming support of Muslims in Bengal, no stone has been left unturned thus far. The analysis that this minority group’s furor led to their debacle in the Bengal Assembly Election, 2011 has made Left Front field 12 Muslim candidates in Lok Sabha Election, 2014; Trinamool Congress has also come up with 6 candidates. Even BJP has also astounded many by bringing forth 2 Muslim candidates portraying its innate desire to socialize with Muslims.

Yet the vast Muslim mass in the state, especially Taha Siddiqui, Pirjada of Furfura Sharif, of Bengal seem to be unhappy as apposite measures to better Muslims in the state are yet to be perceived by them. Sources convey that Muslims are no more content with tokens like including a few Muslim communities in the OBC category or subsidies for Imams and Muazzins. They are in need of a greater deal and this wrath got revealed virtually on March 8 when Trinamool leaders were reviled by the Pirjada at Furfura Sharif. Representatives of several political parties were also found there to participate in Ishale Swab, an Islamic festival going on there for days. The Trinamool team including Mukul Ray (all-India General Secretary of Trinamool Congress), Firhad Hakim (State Minister), Idris Ali (leader of TMC) had to bear displeasure of the Pirjada who was learnt to chastise Kalyan Banerjee (local MP) for his failure to join in the mammoth gathering of Muslims. Pirjada also expressed his discontent for the failure to ameliorate rail connection between Dankuni and Furfura Sharif pledged by none else except Mamata Banerjee during her stint as Central Railway Minister. 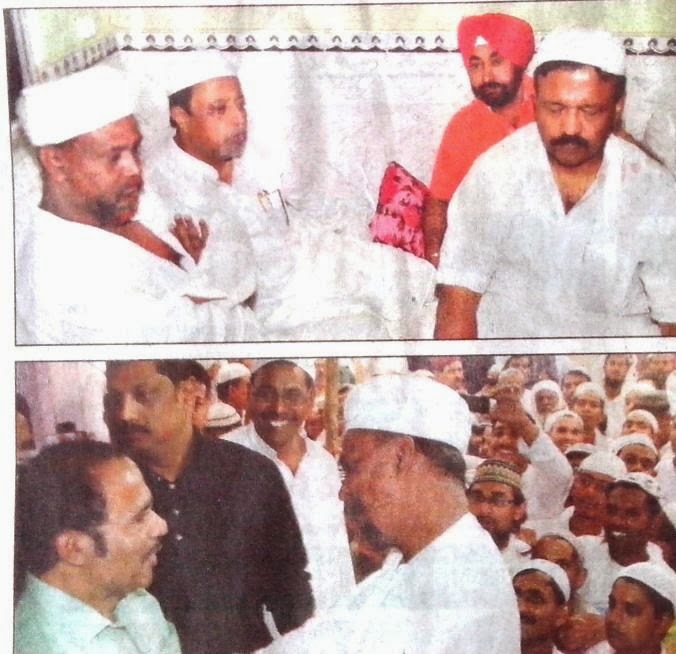 Incidentally, the Islamic festival of Ishale Swab had been commenced by Abu Bakar Siddique, Pirjada of Furfura Sharif more than 119 years ago and by now, it is highly reputed not in the Indian subcontinent only but rest of the globe also and for that reason, the festival has been drawing large crowds from various other countries including Bangladesh. Special trains are also arranged for Bangladeshis to attend the religious festival every year in crowds. Participation renders the political arena an opportunity to stage them as custodians of Muslim community and so, lots of other known political personalities were also witnessed in the crowd. They included Adhir Chowdhury (state minister for Railways and also the president of state committee of Congress), Abdul Mannan, Pradip Bhattacharya. Sultan Ahmed of Trinamool Congress and Abur Rezzak Mullah (banished from CPIM of late) were also seen to attend the festival.

Even the Lefts, known for asserting their scrupulous loyalty to the saga of secularism, were no absent. On the first day of Ishale Swab or March 6, Biman Basu (state secretary of CPIM) joined the festival with Dr. Sujan Chakraborty (parliamentary candidate of CPIM at Jadavpur).

It has been learnt, Taha Siddiqui, in all these three days, accused all political parties to betray Muslims in the state, use them for own benefits and ditch them ultimately. He also asked Trinamool Congress leadership whether they would join BJP’s alliance in near future but it was brushed aside by the leaders as baseless.